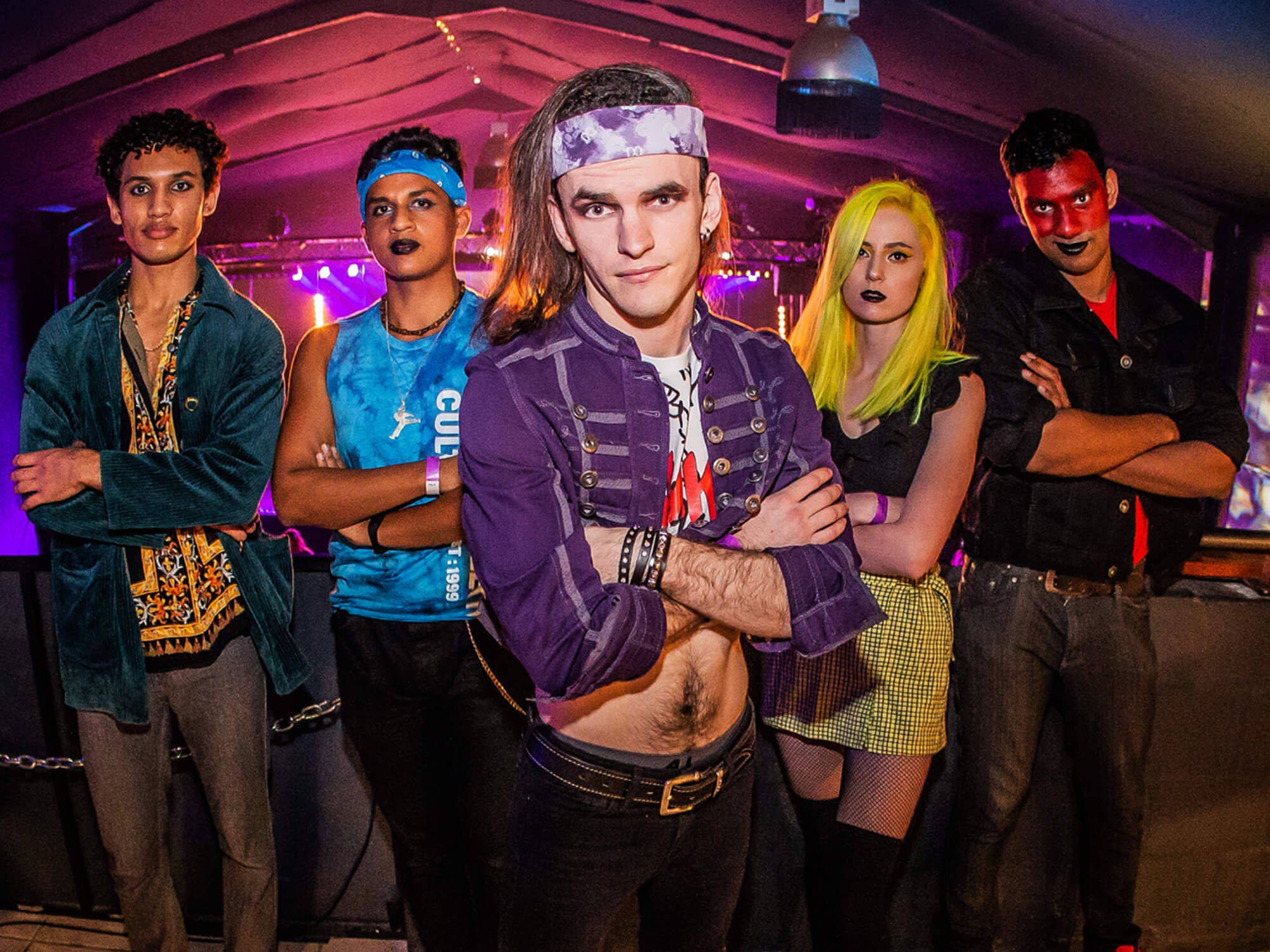 South African self-proclaimed Flash-Rockers MARENE, light up any stage with a bold show and contagious, fun attitudes. Blending epic riffs, electronic sounds, and sing-along choruses, MARENE creates music that bends genres and pushes boundaries—rock music you can dance to. Today sees the release of their new single and video, Beyond The Night Sky, taken from their upcoming EP After Life which is set to drop on the 29th October 2021.

Beyond the Night Sky explores the mind of the troubled youth. The song expresses the emotions and inner turmoil of young adults struggling with their identity. They wonder how others will perceive their disappearance—because what will happen if they do disappear? If they die? Will they be missed by anyone? Will their spirits outlive the starry night sky? Or will their memories be lost?

From a musical perspective, the song is also completely different to the traditional MARENE sound. Female lead vocals are introduced for the first time in the band’s history, alongside a softer, more ethereal atmosphere in comparison to the traditional hard rock ‘n roll.

In the EP, the song represents one of a few turning points. It is a point where your destructive behaviour of consistent parties and drug abuse lead you to lose your identity in which you doubt yourself. You never want to wake up, because getting completely hammered every night is not a sustainable way of existing—it’s merely a way to remind you that you are alive. But in order for you to feel like you’re truly alive, you feel you need to abuse substances—the cycle repeats itself.

“It is absolutely crazy to think that a slow, acoustic song I wrote sitting on my bedroom floor a little over a year ago would become the single to the next MARENE EP. Back then, I was a small-town girl living her small-town life with big dreams. Without MARENE, I don’t think I would’ve even considered these dreams to become a reality. I’ve grown up from a crappy bedroom band with a busted, untuned drumkit and a broken Laney amp to a setup with in-ear monitors, and sold-out shows.” Exclaims vocals and keyboardist Maronay Todkill. 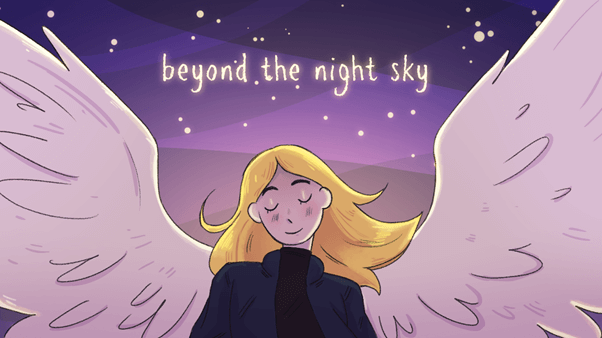 “Maronay and I decided that we needed to go big or go home so we brought on an animator, Kristin Prior and videographer Natalie Frohmann to complete our vision” explains vocalist and guitarist Tyler Duggan.

Bassist and vocals Ozzey Padayachee adds,“Working on the music video was a great experience. We spent an entire day shooting with an amazing videographer Natalie Frohmann who made the process smooth and enjoyable. We are grateful to our friends and family who made the effort to be a part of it and it wouldn’t be possible without their support. Also, a big thank you to Daisy Jones Bar and Conrad for their continued support.”

The animation follows the story of two young adults Phoebe and Deimos, characters named after the misshapen two moons of Mars (Phobos and Deimos). Phoebe represents the innocent, young child that dreams—the child too afraid to reach for their dreams because they think they’re dreaming too big. Deimos, on the other hand, represents the little push the child needs in the right direction to start following their dreams.

Beyond the Night Sky’s music video is more than just a video—it’s a voice, a narrative for young adults who feel like they are dreaming too big, and others are trying to bring them down. You just need a little push, be it from a person, a partner, yourself, a moment, or a memory in your life to drive you in the right direction to make your dreams a reality. It is a story that represents the young adults who feel like outcasts, who feel misunderstood, who feel like they don’t exactly fit in. You do not need to fit in with the crowd to stand out and become successful, you do not require a mask—you need to be you to stand out.

Beyond The Night Sky is available now on all digital platforms. 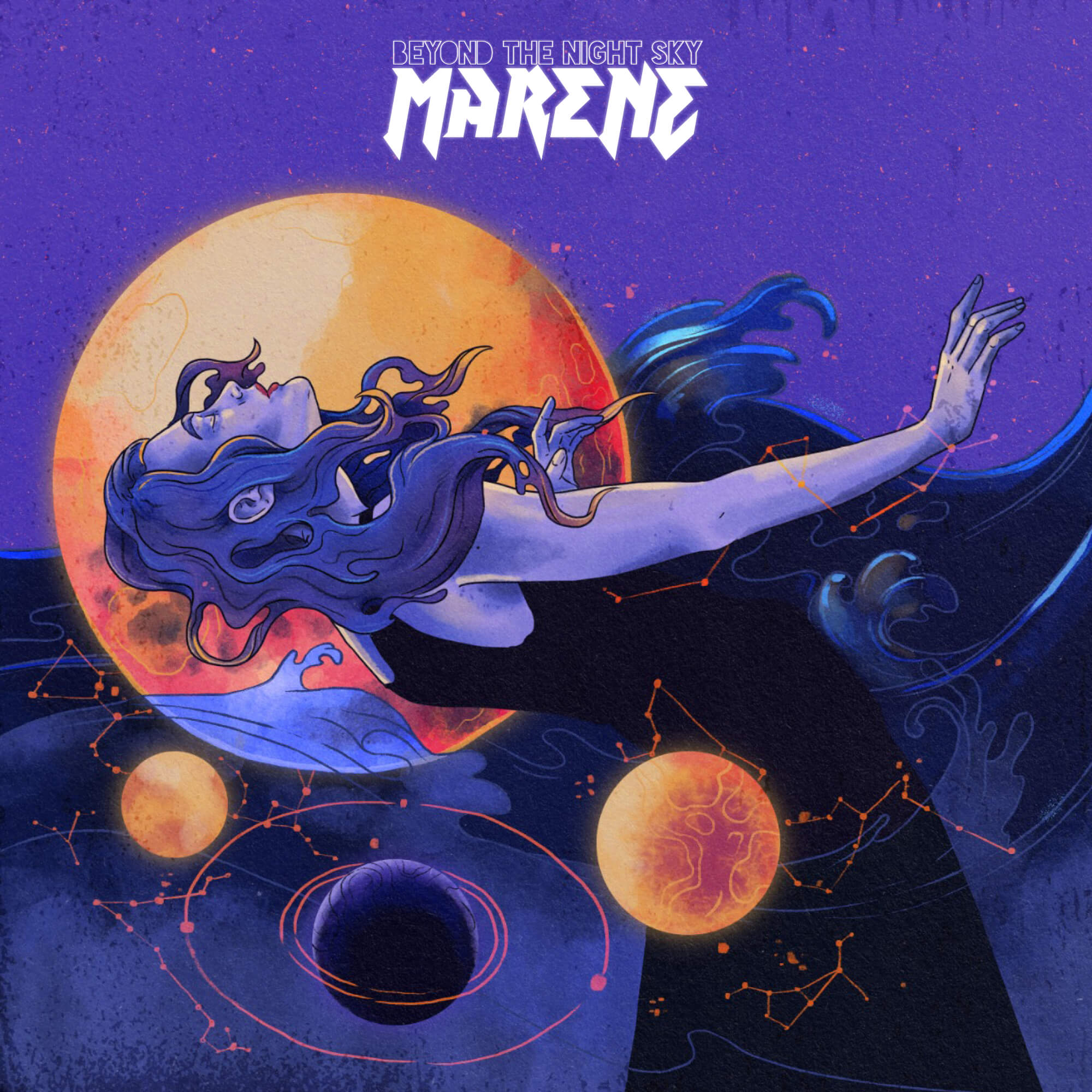