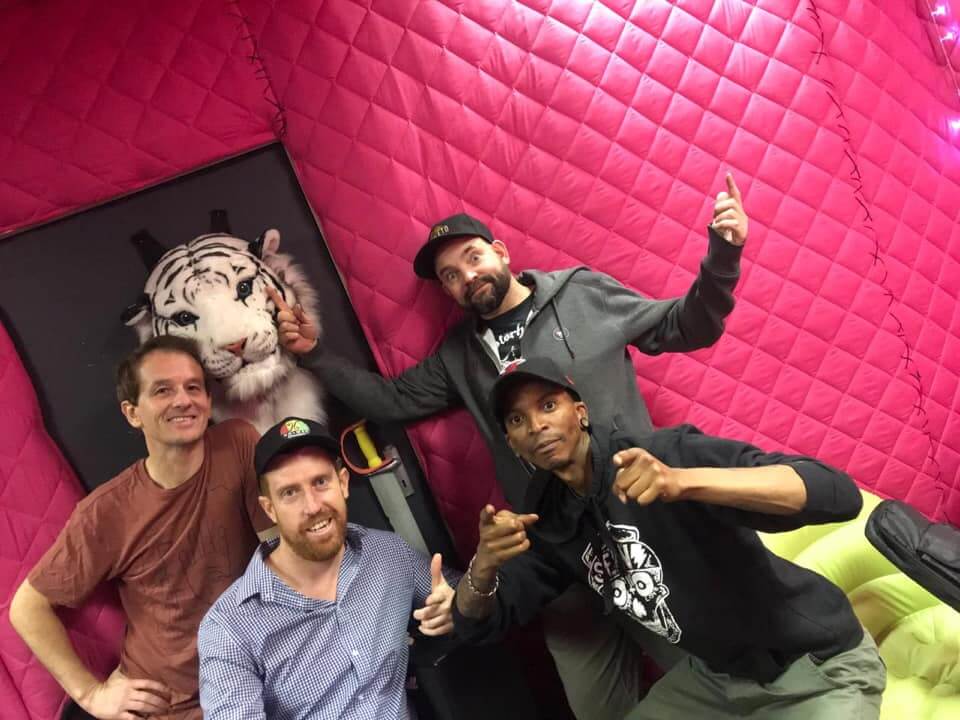 Jo’burg afro-rockers The Feel So Strongs are set to headline their biggest show to date – a streamed online event before a live audience at the Colony Arms, thanks to a COVID-19 support grant from Concerts SA and Norwegian Ministry of Foreign Affairs.

The Feel So Strongs have garnered a growing following of music fans with their refreshing take on African rock, combining honest, funky songwriting with respectful nods to African trailblazers of the past.

Their unique, fun and danceable style has earned the band a monthly residency of more than a year at the iconic Colony Arms – interrupted by the COVID-19 pandemic and the national lockdown.

As with all working musicians, the lockdown months took their toll on the band’s ability to earn an income from their music. Fortunately, The Feel So Strongs were among several artists to receive support from the Concerts SA Digital Mobility Fund created by the Royal Norwegian Embassy, SAMRO, the SAMRO Foundation and the Levedo Foundation.

Alongside highly respected artists including Vusi Mahlasela, BCUC, Bokani Dyer, Buddy Wells Quartet, McCoy Mrubata & Brasskap and Pops Mohamed & Friends, the Feel So Strongs were awarded a R25 000 grant to stage a concert for a live and an online audience.

The event, Concerts SA Presents The Feel So Strongs, will take place on November 27 and will be a high-quality production engineered and broadcast by Soulfire Studio and Take Note Technologies, to be livestreamed on  , with up-and-coming Soweto rock band Shameless SA in support. Iconic funk and soul music legend DJ Bob will mix his uniquely eclectic selection of tunes after the show. 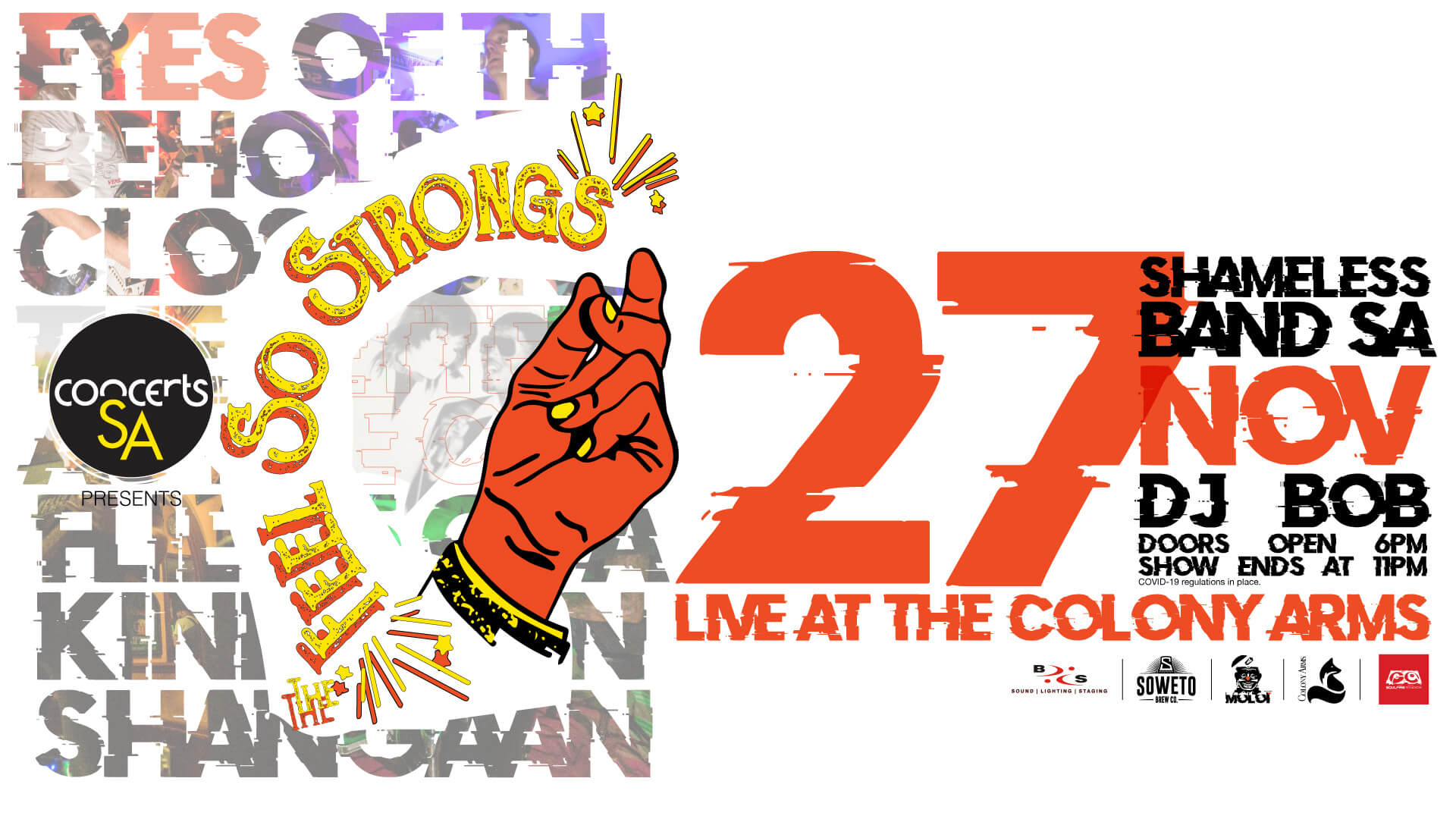 Entrance to the show will be free to live supporters, although numbers will be limited to 50 audience members in terms of Covid-19 regulations. Social distancing and sanitizing protocols will be followed, and masks will be worn.

“We are just over the moon that Concerts SA have come to the party to support South African musicians during this incredibly difficult time,” said Feel So Strongs guitarist and manager Lorimer Wilmot. “We are determined to put on the best show we can to thank them, as well as our fans, the bands we have played with, and the Colony Arms, who have provided a stage for us to grow into the band we are today.”

The Colony Arms has been hosting great experiences for decades – at first from its original location at the old Hyde Park Hotel and then from its current premises at the Colony Shopping Centre, 345 Jan Smuts Avenue.

Concerts SA Presents The Feel So Strongs, will take place from 8pm on Friday, November 27, at The Colony Arms, and at https://www.facebook.com/ColonyArmsPub/ 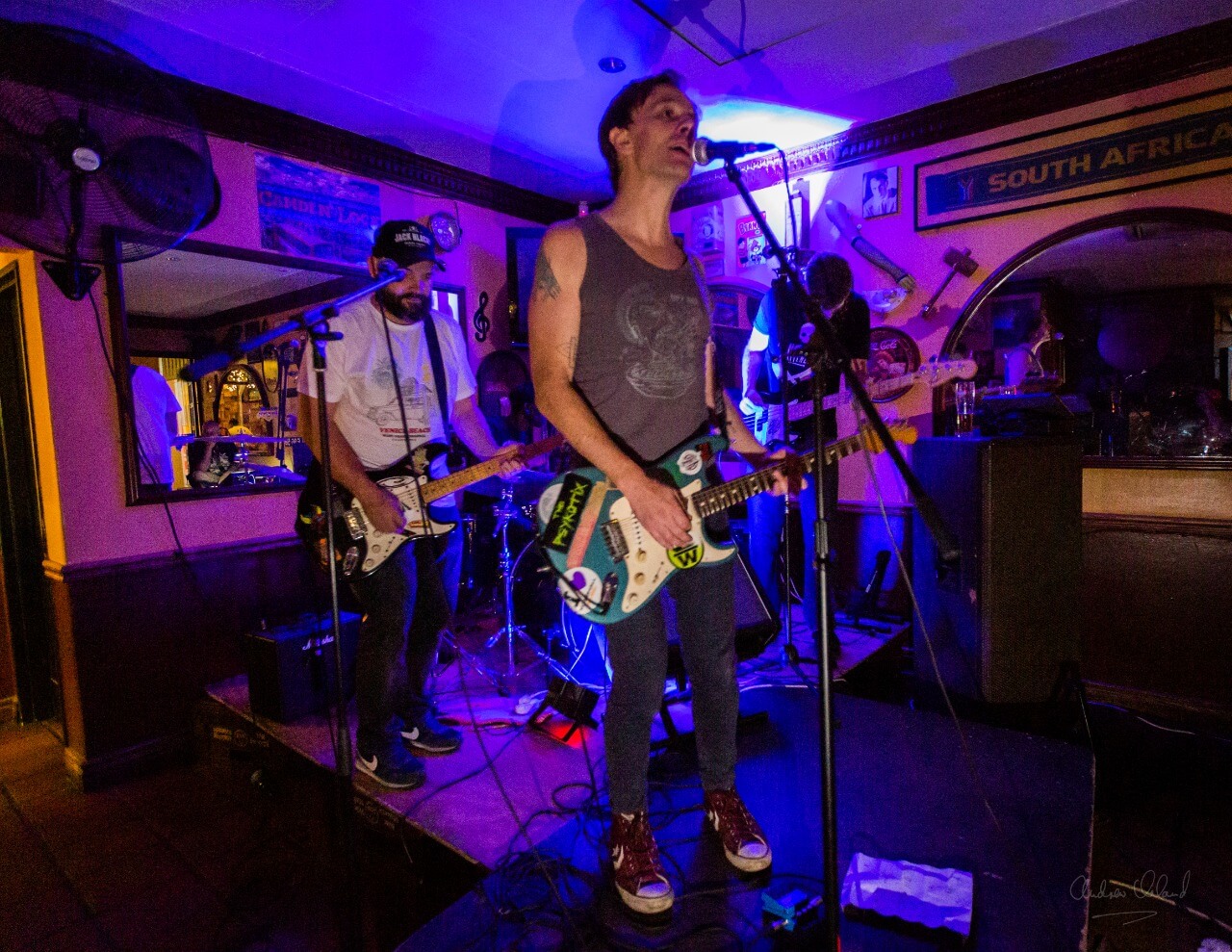