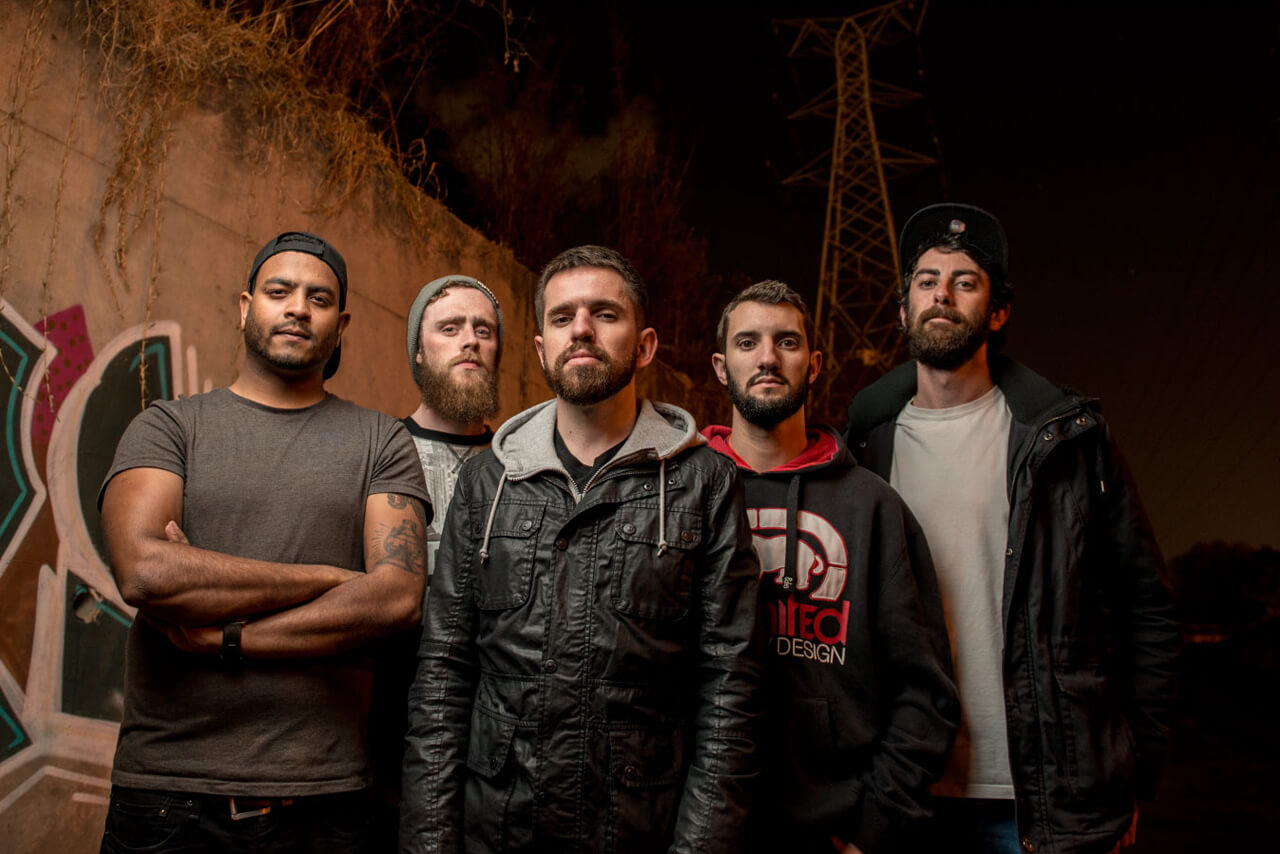 Facing The Gallows is a metal band from Johannesburg South Africa. Formed by vocalist Bryan Binneman, bassist Rayner Abraham and guitarist Chase Beynon in 2007. They added guitarist Ricki Allemann and Nemanja Stabic on drums, beginning the bands journey that is currently in its 11th year. They released their debut ep ‘What if they run’ in 2009 and have since released ‘This Is Hate City’ (2012) and ‘Chapters’ (2013). To date, the band has finished recording their new album ‘Dead Mindset’ due to be released in February 2018. They are known for their mixed style blending elements of Metalcore, Punk, Thrash and Hardcore. The band currently consist of vocalist Bryan Binneman, bassist Rayner Abraham, guitarist Chase Beynon, drummer Victor Monginho (joined in 2011) and guitarist James Irving (joined in 2014).

The band are well known for their high energy and explosive live performances on small club stages to large festival shows. Having played every major festival including Oppikoppi, Ramfest, Woodstock, Krank’d up, Thornfest, and Splashy Fen to name a few. Since forming the band, Facing the Gallows have opened for international acts such as August Burns Red, Every Time I Die, Darkest Hour, Our Last Night, The Ghost Inside, Affiance, Underoath, Asking Alexandria, Have Heart, Shipwreck, Unearth and Protest the Hero. In April 2018 Facing the Gallows are joining Secrets on their South African Tour. For the rest of the 2018 calendar, the band will be working alongside Jam Packed Productions touring with international acts Fit for A King, Dance Gavin Dance, Our Last Night and Hands like Houses in early 2019.

Switzerland’s melodic metal masters Dreamshade release their fourth full-length album A Pale Blue Dot today. The band have already shared 3 singles from the album Lightbringers, Shanghai Nights and most recently Stone Cold Digital to widespread critical acclaim from fans and media alike. Mixed and mastered by Grammy Awards nominated producer Jacob Hansen in Denmark, who also worked on their 2013 breakthrough album The Gift Of Life. The title of the album is inspired by Carl Sagan’s 1994 book as the band explain, “We were looking for something that could hold the meaning of both the importance and the futility of certain values as we know them. A distant look at Humanity and our planet, as everything that's important for us on Earth seems just so insignificant in the great scheme of things, compared to the Universe. Selfishness and individualism have no place in the bigger picture, and this makes more and more sense to us as we wrote the record just before the beginning of the Covid-19 pandemic and most of it was recorded and produced during lockdown, with a vastly different approach and experience than what we're used to.”#metal #metalcore #melodicdeathmetal #dreamshade #apalebluedot #plugmusicagency ... See MoreSee Less