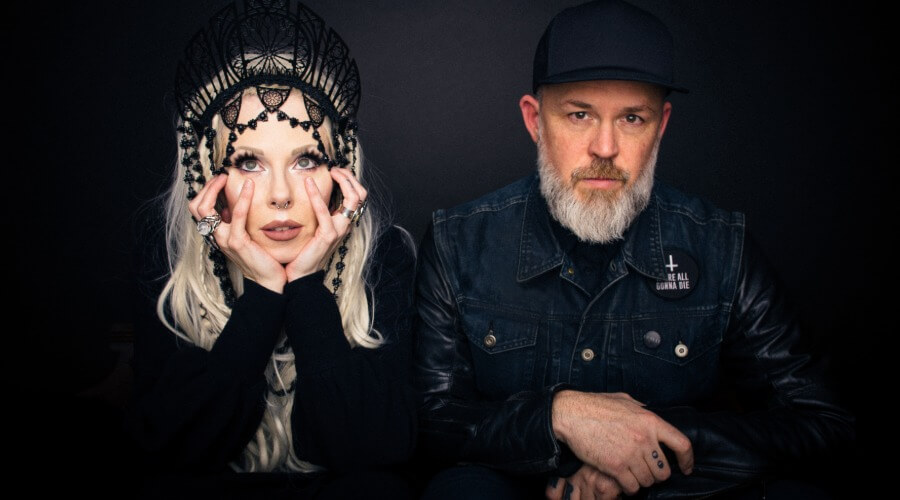 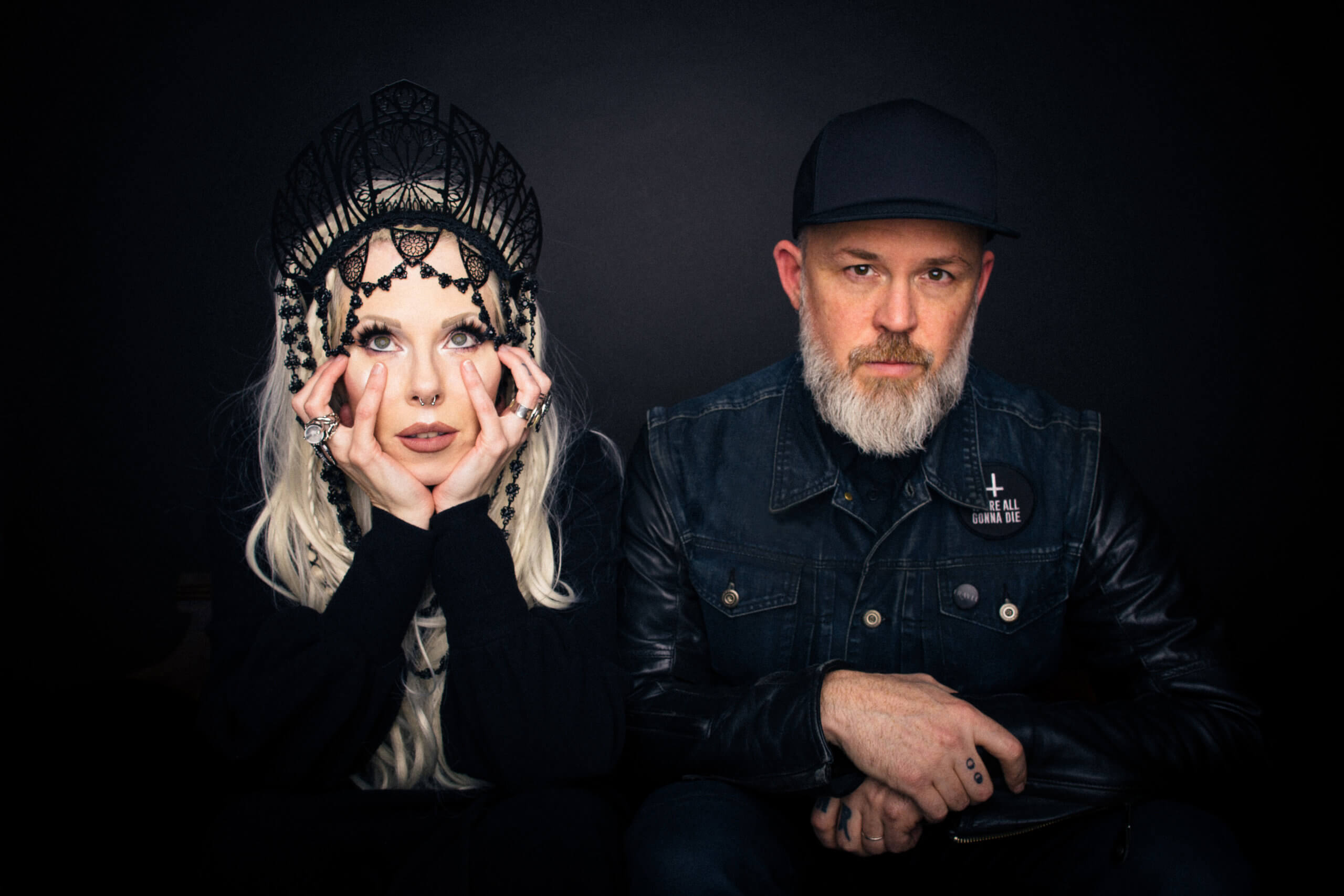 Cleveland dark rock band Frayle creates gripping, doomy music — at once bleak and beautiful — that is impossible to resist. The group will release its debut full-length LP, ‘1692‘, on February 14, 2020 via Aqualamb Records / Laybare Recordings.

Frayle makes music for the night sky. The group was formed in 2017 by guitarist Sean Bilovecky (formerly of now-defunct Man’s Ruin recording artists Disengage) and vocalist Gwyn Strang, a singer with an alluring voice and an equally compelling flair for imagery. Frayle’s “lullabies over chaos” approach to songwriting allows the group the freedom to explore what is possible with heavy music; its gorgeously ominous sound a result of complex layering and tone stacking while simultaneously overseeing the perfectly delicate balance between heaving, heavy riffs and haunting vocal melodies. Gwyn‘s lyrics tell stories of heartbreak, anger, hypocrisy and resolution, asking the audience for empathy, and in turn inspiring vulnerability. Her angelic, siren-like voice pulls at the tension between wanting to dissolve into the universe and needing to stand on top of it, riding each wave with elastically ethereal phrases that bring to mind Cocteau Twins’ Elizabeth Fraser or Portishead’s Beth Gibbons. This dynamic is also reflected in Frayle‘s music, where dark, brooding guitars and percussion are both fighting against and propelling the emotion and melody carried by Strang’s magnetic voice.

A first taste of what Frayle‘s full-length debut holds in store can be experienced now as the band has released an album teaser, with audio sneak peeks into the new songs “Arise“, “Darker Than Black“, “Dead Inside“, and “Gods of No Faith“. See and hear at this location.

Frayle released its debut EP, ‘The White Witch‘, in 2018 to warm reception; the four track effort leading to a recording deal and spotlight live festival appearances at Desertfest Belgium (w/ High on Fire, Yob) and The Netherland’s Soulcrusher Fest (w/ Deafheaven, Inter Arma) in short order. In its premiere of Frayle‘s video “Let the Darkness In”, Decibel exclaimed, “Frayle‘s take on doom is hypnotic”, while Ohio entertainment tome PressureLife forecasted, “Keep your eyes peeled for Frayle. The band can help change the way young people get into heavy music. In fact, we could have a doomy Nirvana situation on our hands.”

With ‘1692‘, Frayle pushes the immense intensity and gorgeous ache of its unique sound and style through to uncompromising new plateaus. The group’s quantum weight, hypnotic rhythms, dark beds of sound, and the arcane female power of Gwyn Strang have coalesced into a sonic thumbprint both distinct and beguiling. As Frayle‘s music inhales and exhales, building into atmospheric, chilly epics, Gwyn‘s lyrics explore her own personality and experiences, referencing and representing her frustrations growing up in a strict Roman Catholic family, as well as alchemical ideals such as changing negatives to positives, or ascending from one level of understanding to another. While there is much darkness on the record, it’s also contrasted superbly with beauty, both fragile and fierce, in a way that feels weightless rather than plummeting, as if release truly is a possibility.

“‘1692’, as the title of our album, references those who have been singled out and persecuted for their beliefs,” says Strang. ““We strive to create a safe haven. A place to be vulnerable amongst the chaos.” 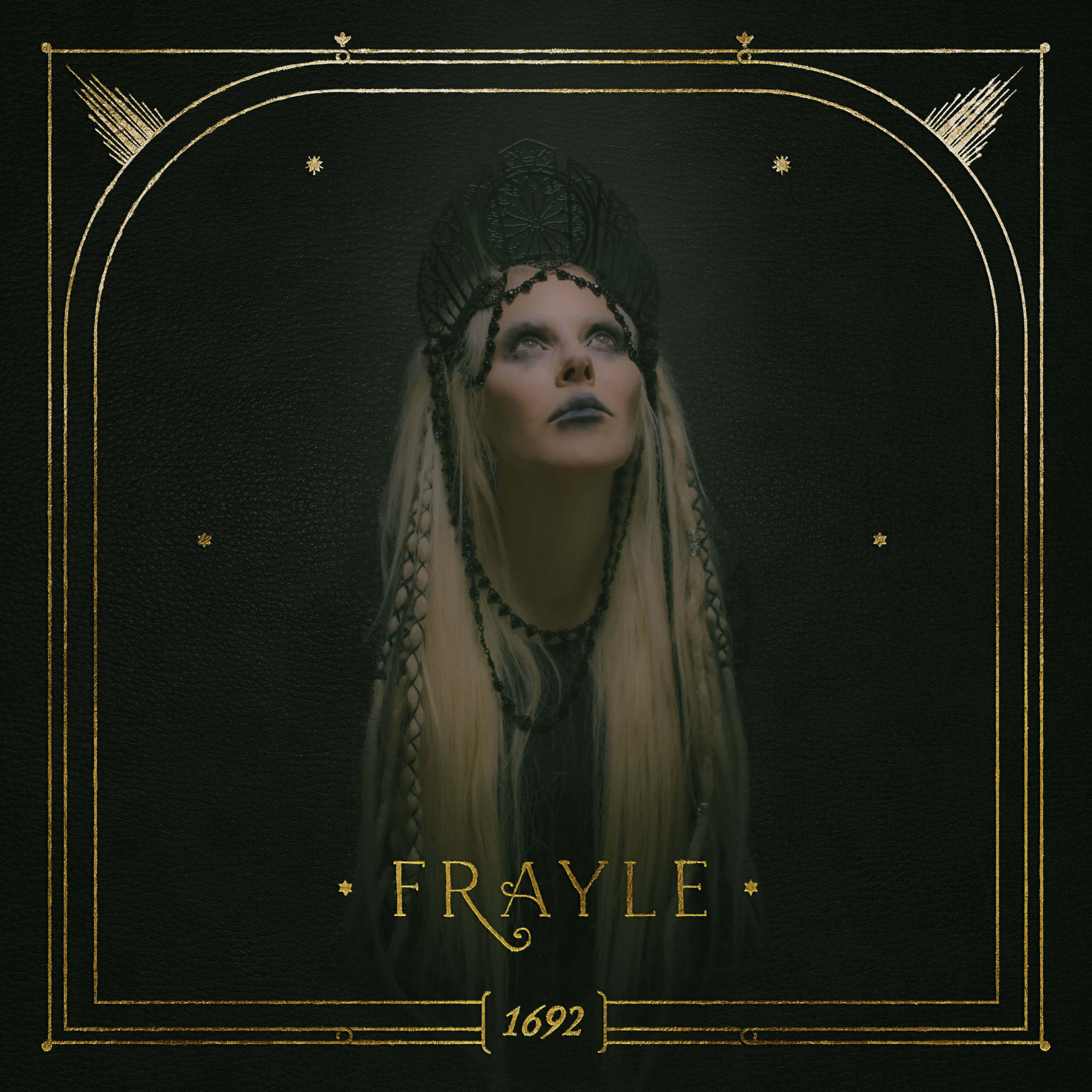