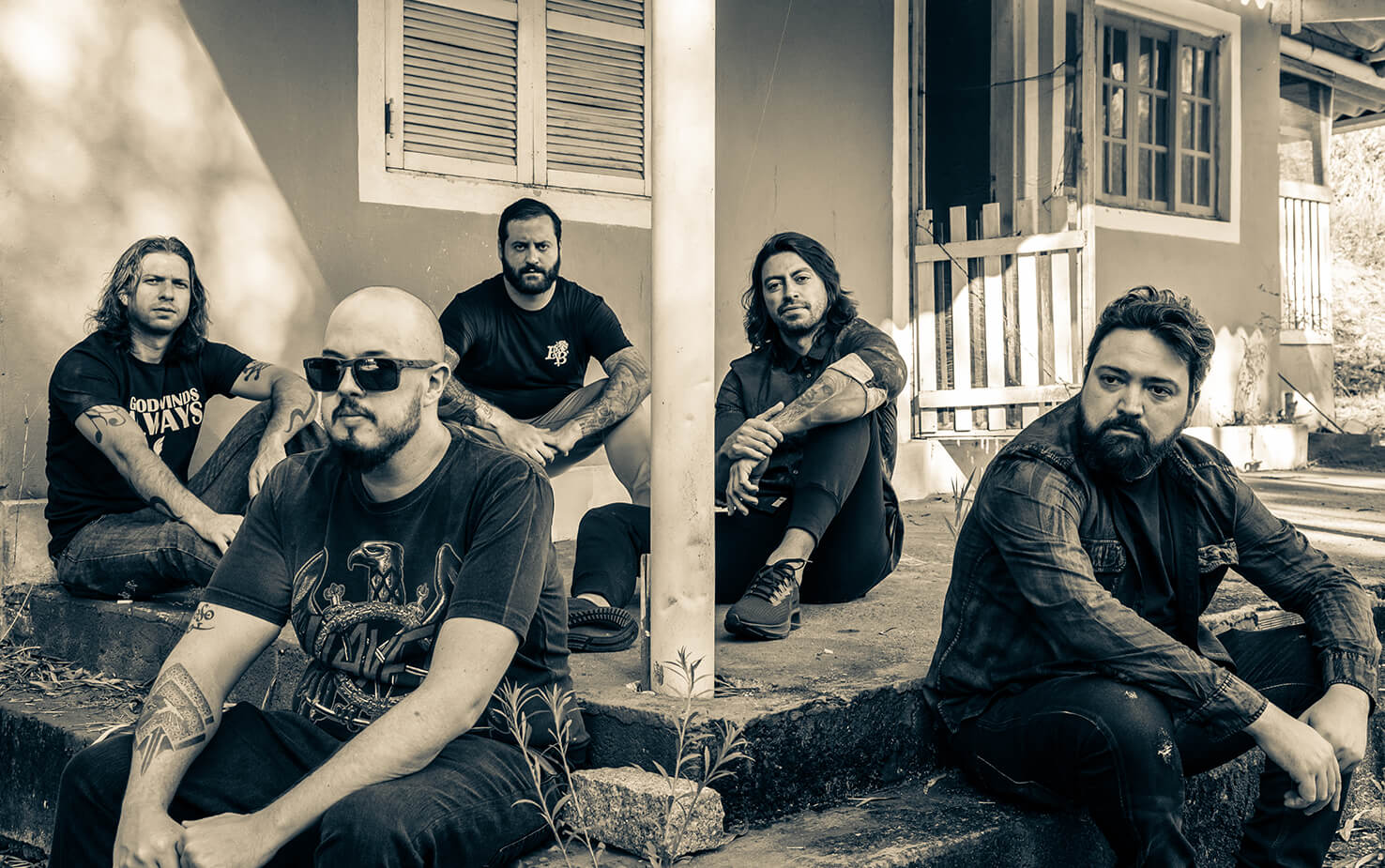 Music creates atmosphere. It solves problems, awakens our senses and has the power to change the world around us. This power, intrinsic in each one of us, makes us capable of the unimaginable. Impavid Colossus captures this strength and transforms it. With powerful striking riffs and memorable melodies creating a unique sound experience which leaves you wanting more.

Impavid Colossus is a Brazilian band from São Paulo with many different influences. Breaking the barriers of genres by mixing punk rock with grunge, hard rock and metal, always emphasizing harmony. The music is fast, strong, aggressive, brutal and at the same time captivating, tailored to strike a unique balance. The band members are experienced musicians who have been featured on television (MTV), in magazines, radio stations and specialist sites (Billboard American and Brazilian).

Enrico Minelli (vocals: Cruz, Owl Company). Cruz was produced by Jay Baumgardner and toured all around the US with P.O.D, Staind, Shinedown and played with Deep Purple and many other festivals in US and Brazil. Owl Company was produced by Matt Wallace (Faith No More, Maroon 5) at Sound City Studios, and played at the iconic venue The Viper Room in West Hollywood.

Marcelo Barchetta (guitar: Rancore). Rancore achieved commercial success in Brazil in the early 2010’s and shared the same stage in concerts and festivals with bands like Strung Out, H2O, Satanic Surfers.

In the middle of 2020, their debut double-single series was released which has since attracted 200,000 streams across digital platforms. The release of their first album ‘Prologue’ marks the continuation of this journey, one which will launch Impavid Colossus to festivals and stages around the world.