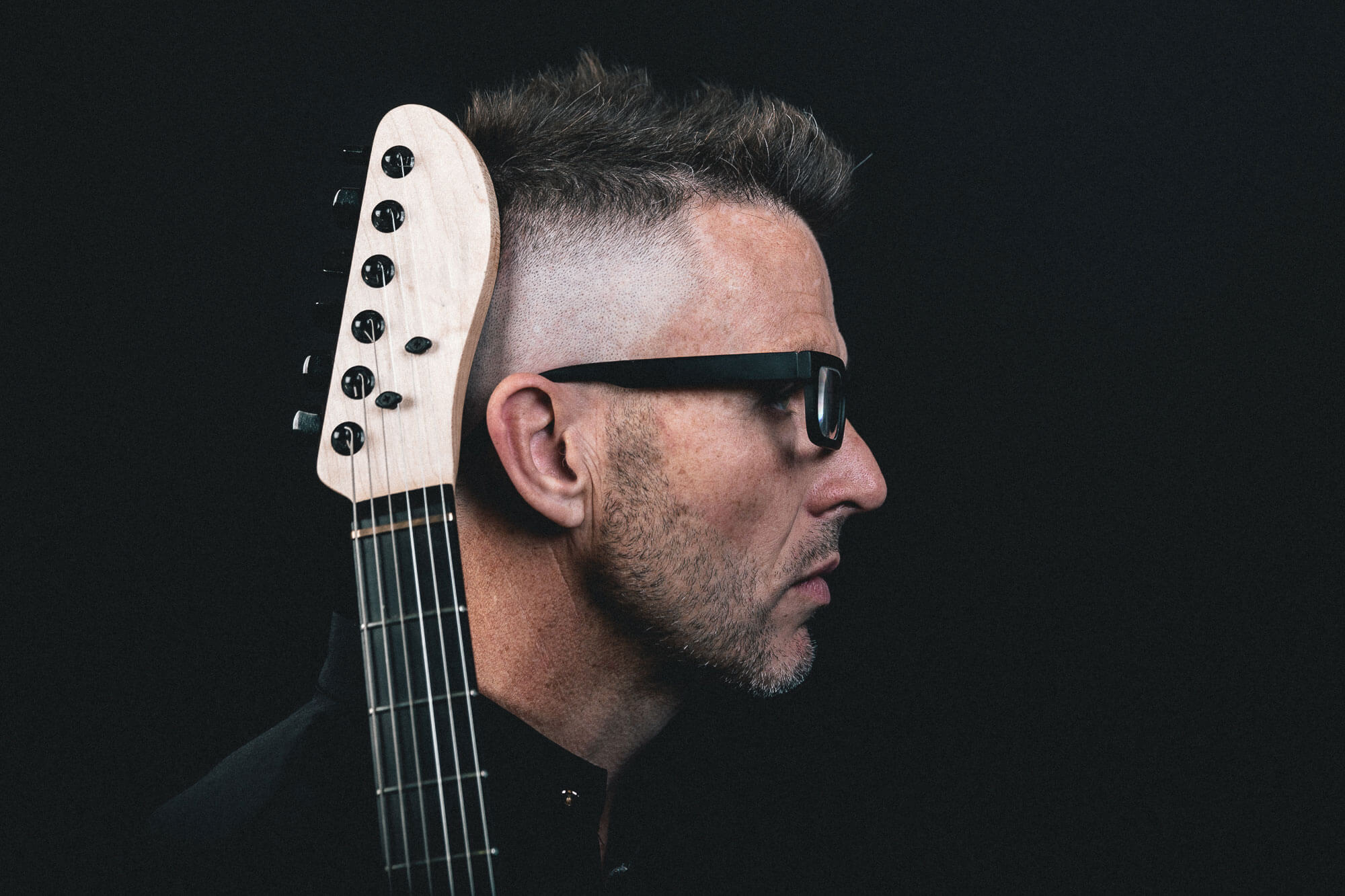 Inhale is the new album from UK based, South African guitarist Jonathan Crossley with backing from fellow South African’s Carlo Mombelli on bass and drummer Jonno Sweetman. Crossley fell in love with music at the age of five, lying flat on the floor, just outside Belfast, with an old set of (loud) Rotel headphones on, completely immersed in a smorgasbord of vinyl. Tangerine Dream & Vangelis, Bach to early Genesis. The presence of a family guitar led to the instrument of choice. Formal instrumental studies were matched by a continued love for electronic music, indie rock, metal and inevitably grunge all interwoven into a musical fabric with burgeoning creative impulses.

After undergraduate study original works began to emerge. His debut classical crossover album Dreams of Skilia (2001) on FMR records was followed in by the chamber jazz album My Friends And I (2005) on

Gallo Records. In 2007 Funk for The Shaolin Monk moved into jazz/rock territory followed by 2009’s Got Funk Will Travel performing these across South Africa and Europe. 2011 saw more expansive and challenging works, with technological innovations, 2011’s What If The Machines Spoke Back To You, his Cyber Guitar Project in 2014, 2017’s The Settlement and 2018’s Blipz all pushed boundaries.

2019’s Deep Spacer saw the beginnings of synthesising the strains of popular, electronic, classical and improvisatory music into a single project with a self-titled EP followed shortly by Deep Spacer’s 433 Eros in 2020. In 2021 four technologically mediated albums were produced under the son0_morph moniker: The piano duet album, son0_morph 02 with Katheleen Tagg, an electroacoustic work, son0_morph 03 with Cameron Harris, a solo classical crossover work son0_morph 04 harkening back to 2000’s Dreams Of Skilia and son0_moprh 01 with Carlo Mombelli and Jonno Sweetman.

This year sees the creation of ‘Inhale’, an album drawing the decades of work together, moving from post-rock and math rock tracks such as ‘Bounce’, ‘Inhale’ and ‘In The Spring’ peppered with classical string quartet miniatures such as ‘Hymn’ and ‘Breathe Deep’ and angular compositions such as ‘First / Second Operations’ and ‘There’s No Invasion’.

This new album sees Crossley finally answering the question some have asked: “Why can’t you simply play or stay in one genre” by firmly, and loudly stating “I don’t have to”.

It took him a long time to realise that being genre-myopic is not a way of life he is interested in, “I have been inspired and motivated since 2021 by artists such as Chris Clark, Anna Meredith, and Battles previous frontman Tyondai Braxton to pursue wherever the music wants to go, rather than by the voices of others.”

Buy / Stream Inhale out now on all digital platforms. 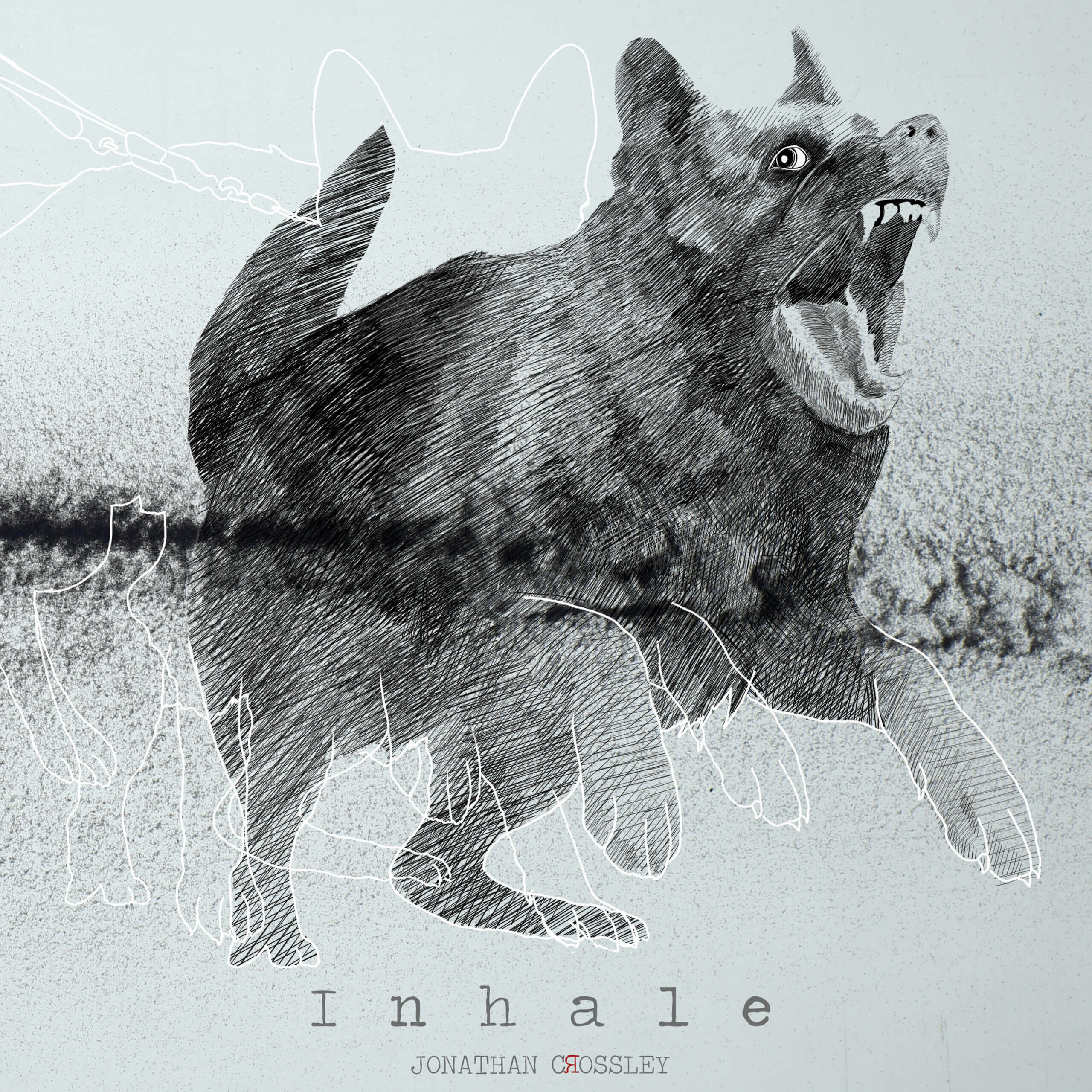 This album is a dream, a dream long in the making and the culmination of much other dreamwork. What does that mean? Well-being the type of musician that Crossley is not without challenges; forever jumping from one genre to the next, from classical crossover to electroacoustic, electronic experimentation, free-jazz and funk-rock, activities which are musically joyful but hard to pin down.

“This project is a type of ‘gathering together’ pulling the diverse strings of decades of composition and playing into one explosive package. That, I think, is where the intensity and energy come from. The tracks for me have got moments that are pure classical, with string quartets playing mournful prayers and laments, and then launching into bouncing romps like ‘In The Spring’ and ‘Bounce’ which are distinctly African, drawing out Mombelli and Sweetman’s most infectious grooves.”

A piece like ‘Coming Up For Air’ gives away his love for older electronic acts which he grew up on and has since seen a strong revival influencing artists like Nils Frahm. If you listen closely (and have deep ears) you will hear Tangerine Dream, Kraftwerk, early Jean Michel Jarre and importantly the guitarist who sat in the middle of all that, Mike Oldfield.

The tracks First and Second Operations play with modality, ostinato and tension, but finally give way to a jazz funk playout to end the record…. Scofield for breakfast anyone?

Several of the songs were written during Feb 2022, as Russia was invading Ukraine, “Tracks like the two operations and ‘There’s No Invasion’ play on the lies and deceit we all have watched, from every angle. In both these tunes the melodies weave around the harmony, ending on non-resolutions, mirroring the fibber of the moment.”

A final nod is to Nick Horsten and the string arrangements, what was a faraway dream to have a string section was made real with his help – he uses all the extended techniques from Penderki to Johnny Greenwood’s arranging for Radiohead. It’s all in the magical soup of Inhale.

The album launch will take place on the 2nd of December in Liverpool at the prestigious Tung Auditorium in The Yoko Ono Lennon Centre.

Get your tickets here – https://thetungauditorium.com/events/jonathan-crossley-inhale 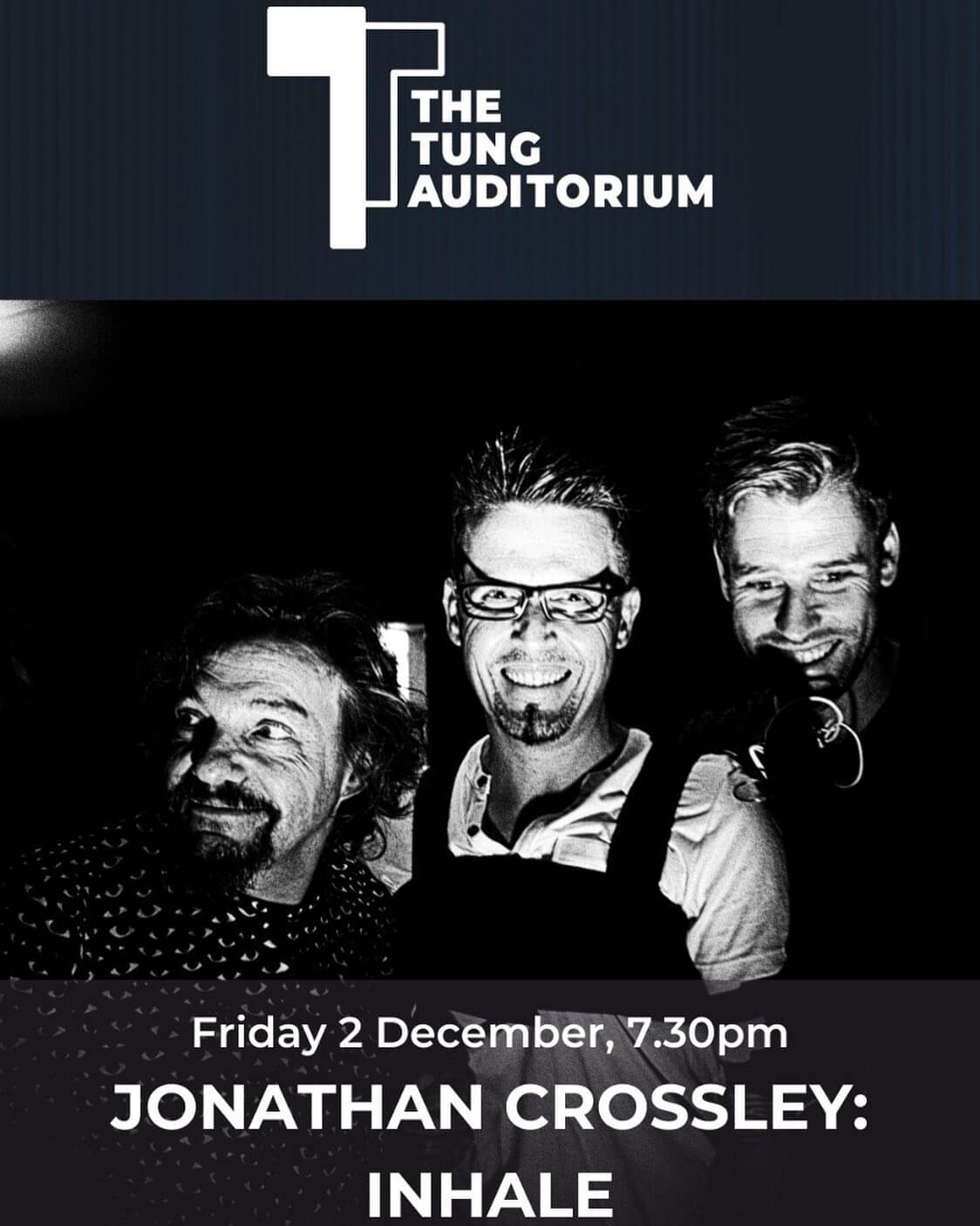