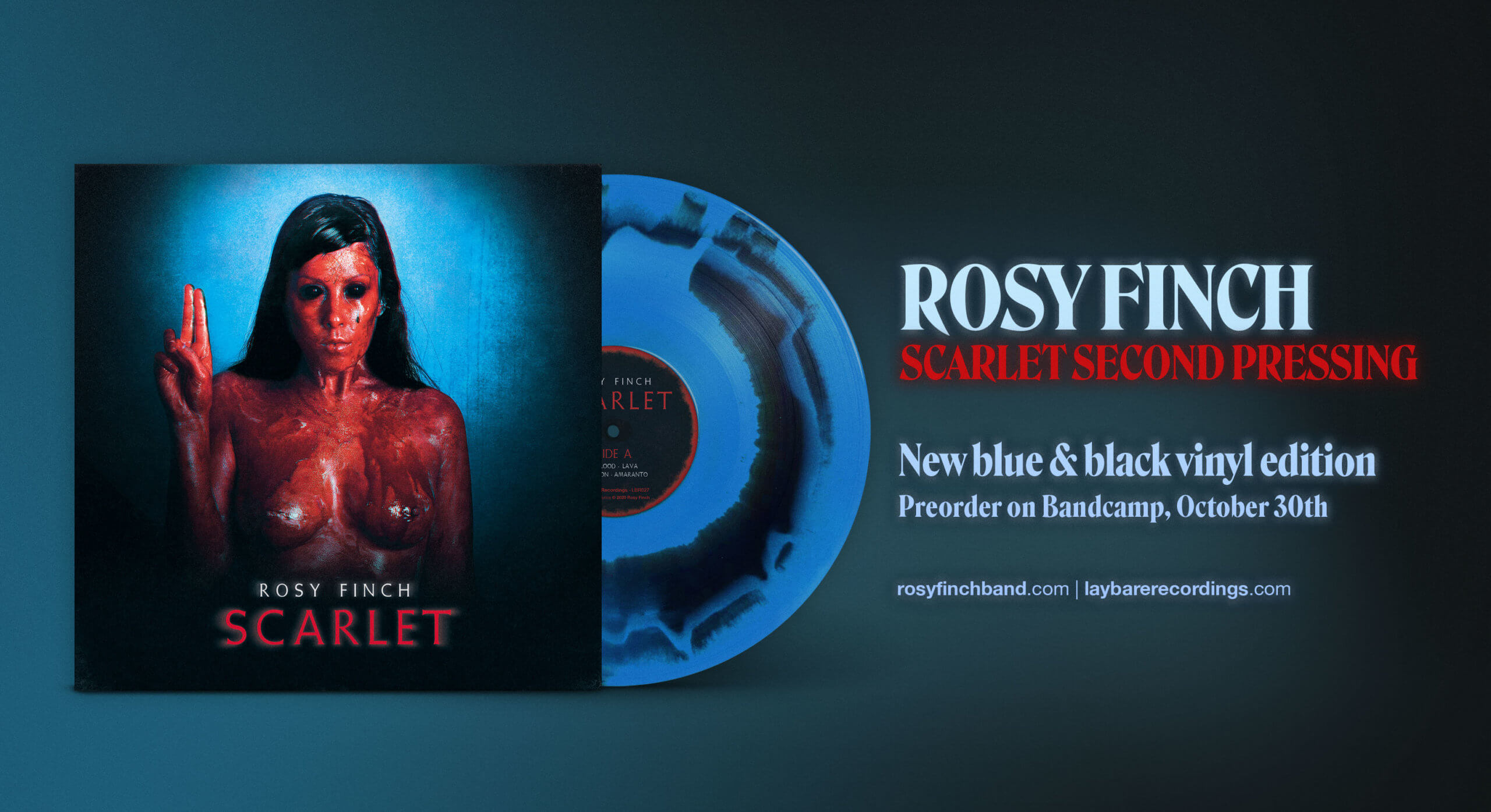 Rosy Finch are incredibly happy to announce they will be re-pressing their highly acclaimed second album Scarlet in a new colour vinyl with some special gifts included with pre-orders. The Spanish trio released the album in March on Dutch label Lay Bare Recordings just before the world went into lockdown as guitarist and vocalist Mireia Porto explains, “Since Scarlet was released everything has been crazy going up and down into a frenzy of controversial emotions. It feels so great when your new album receives amazing reviews and support from around the world…especially during this apocalyptic year. But it feels really bad when you love to play live, and it’s not possible to tour the album”

The first pressing sold out quickly and fans have requesting a re-press for months now, “There is a little hope to believe at least music brings people together and we feel so proud of how our last album is being played on many stereos worldwide. This re-press is our way of thanking the listeners for their support.” Says Mireia. 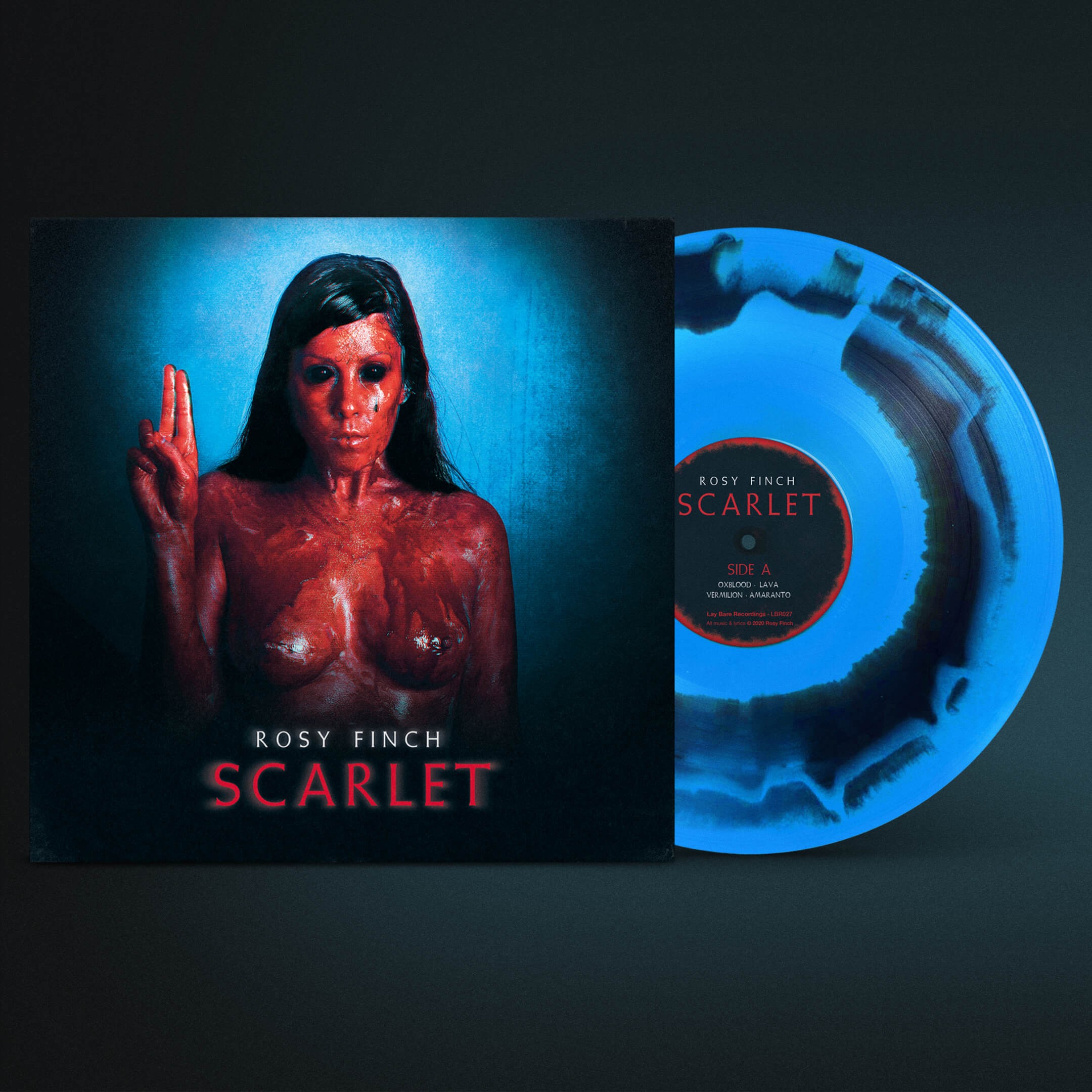 I don’t know what the rest of 2020 will bring us, but so far I can say that this is one of the best albums I’ve heard this year. – More Fuzz

For fans of all things witchy and bathed in blood, “Scarlet” is a 2020 gem. – Underground Press

Scarlet is the full package, from artwork to the album’s red theme and lyrical content. The mix is great, allowing every instrument and voice to take part in the action. – Angry Metal Guy

Cool songs, cool sounds, some throat-ripping vocals and a fuck ‘em all ‘tude all add up to some great listening. – Desert Highways

Rosy Finch return with another heavy, powerful album. A classic post-grunge sound with Shirley Manson-esque vocals weaving through, then colliding together with the energy of an early 90’s metal band is combined into what is a new stoner rock staple – Jenn D’ Eugenio Woman in Vinyl 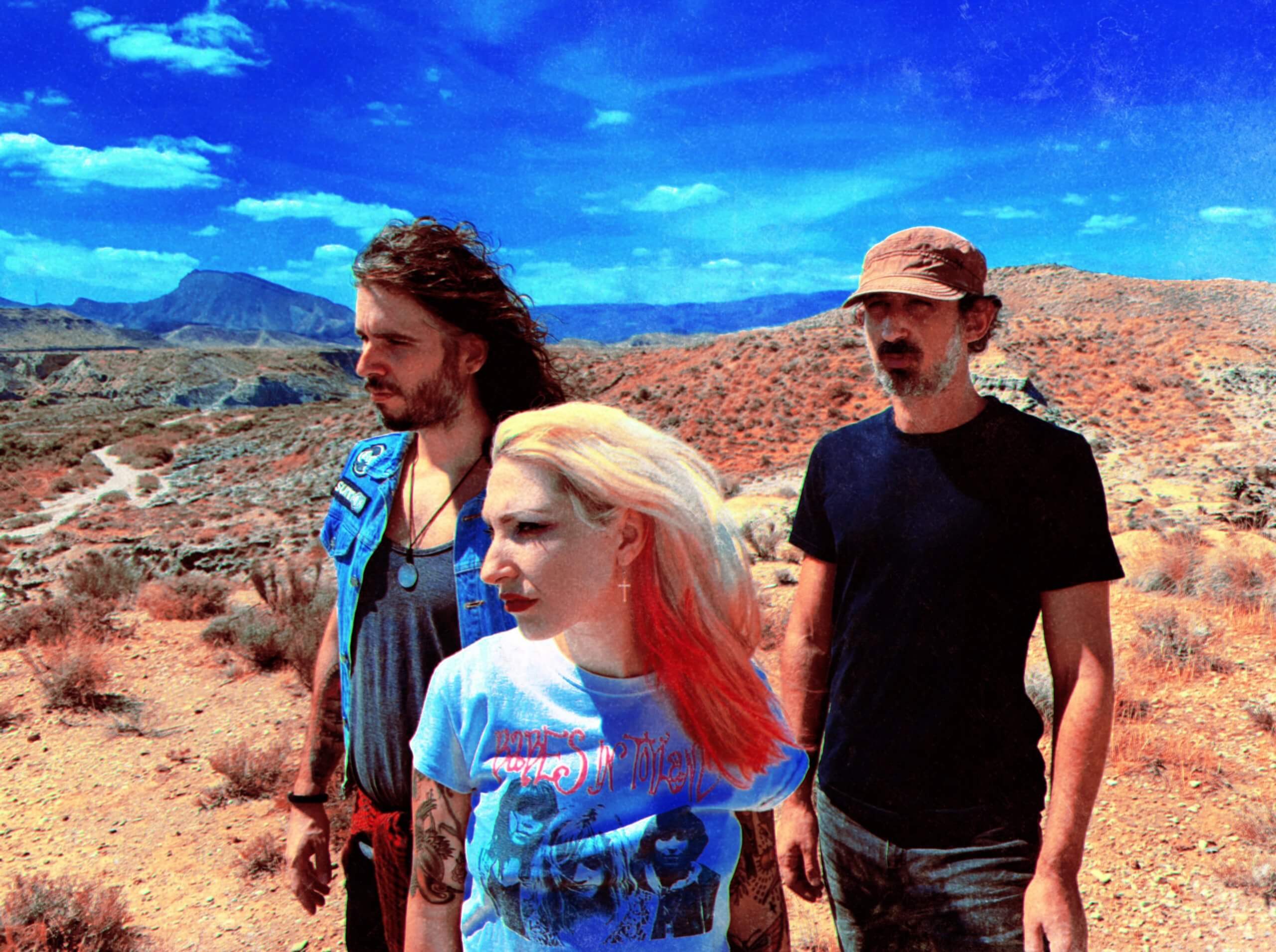 The band originally formed in Alicante (Spain) circa 2013, featuring members of Pyramidal (Lluís Mas) and doom metal act Hela (Mireia Porto) and Elena García. Their take on the stoner genre is a furious and eclectic blend of influences ranging from Sonic Youth to the Melvins, showcasing brooding & atmospheric vocals laced with insidious and heavy riffs. Rosy Finch breaks out of the mould and take the listeners on a completely different path than the one usually expected from a band of this genre.

After a year of composing the album, Porto was intent on creating a concept album with the colour red being the central theme.

“Scarlet is about aspiring to be more and to do more. It’s about the idea that nothing will remove the pain, but nothing can detain you. Red has always represented danger, lust, sin, guilt, blood…” comments Mireia.

Each song on Scarlet has a red type colour in the title and represents different stories of different people (from fantasy to the real life) always ranging from love to violence.

Although the album was recorded with the original line-up, 2019 did bring on a change with Oscar Soler (Domo, Pyramidal) and Juanjo Ufarte (Grajo, The Dry Mouths) taking over bass and drums duties for live shows and future recordings.

Watch the video for Lava 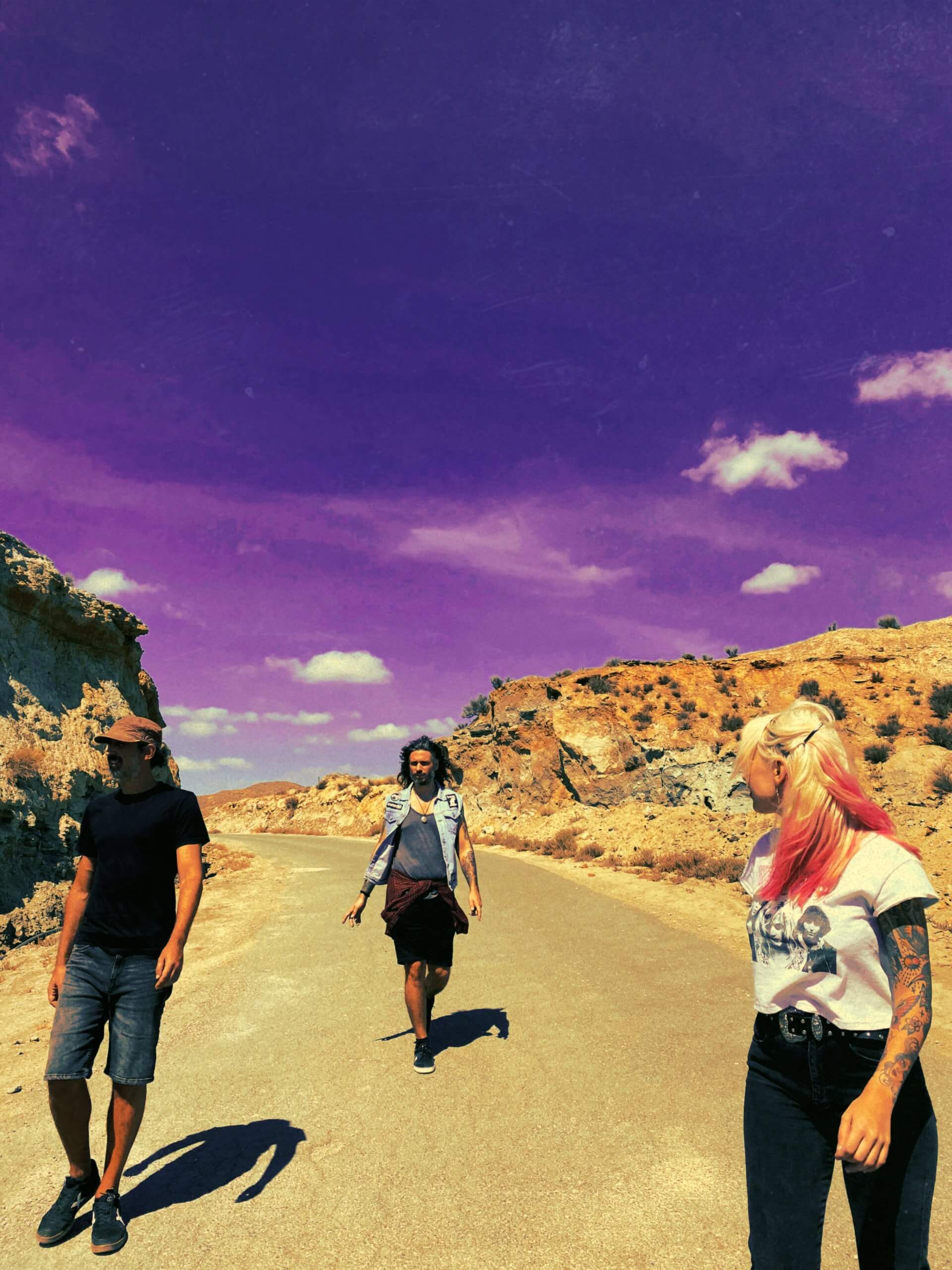