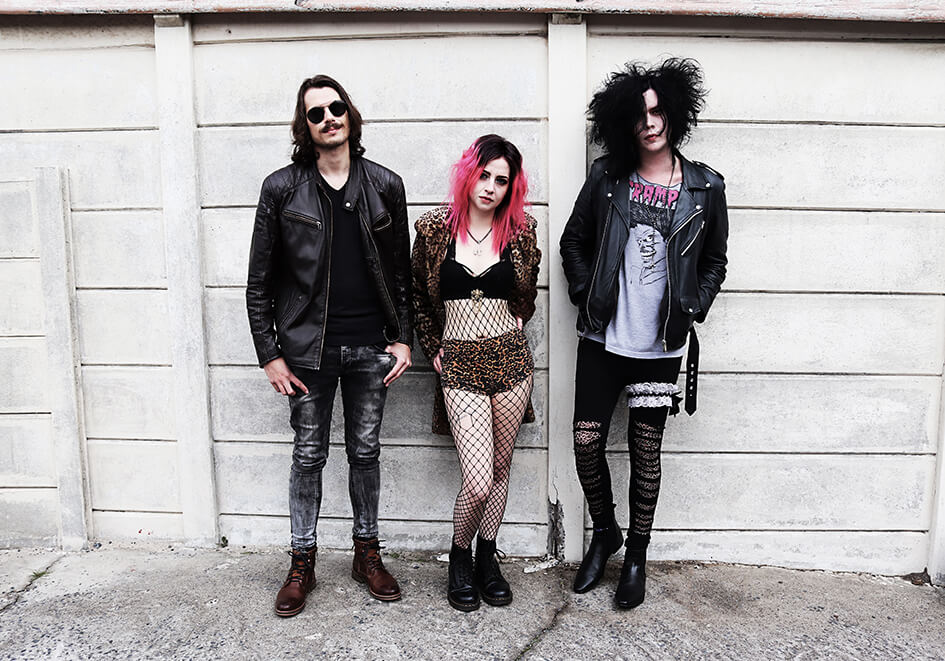 Filth and Wisdom is a blazing, take-no-prisoners, post-punk future-classic, recorded hot with the VU meters slamming into the red.

Today sees the release of Filth and Wisdom, the debut full length album from Cape Town based, South African post-punk trio The Medicine Dolls. Recorded at Just Music Studios in January 2020 and co-produced by renowned producer Matthew Fink and the bands very own Greg Allan, the album is the ultimate in sonic chaos, wrapped tightly in streaked eyeliner and delicious danger.

“We wanted to make a record that was the sonic recreation of receiving a firm Dr Marten to the teeth, while naked in a street fight with one’s self. With Mathew Fink in the producer chair, I think we were able to achieve that. It’s a filthy, surfy, noisy piece of work for any occasion.” Exclaims the band.

Matthew adds with a smile, “I was invited to produce The Medicine Dolls ‘Filth and Wisdom’ album purely on the strength of my record collection at home. Growing up on albums by the likes of Joy Division, Siouxie, Gang of Four,  Love and Rockets,, The Birthday Party, The Cramps, The Fall, Bauhaus  and The Jesus and Mary Chain, it is no wonder The Medicine Dolls and I hit it off. “

Formed in September 2016 by Greg Allan (guitar & vocals) and Bex Nicholas (bass). They take their primary influence from the sound of the gritty underground 70’s (think The Velvet Underground meets The New York Dolls in the celebrated CBGB’s bathroom), with lashings of 80’s indie music, post-punk, and a crucial injection of filthy surf rock to emerge as a chemical and exuberant fusion of The Cramps, The Doors, and The 5.6.7.8’s, with more than a healthy nod to The Birthday Party in all their infamous glory.

In the four years that they have been visiting the planet, they have released five EP’s on their own steam and barely survived several extensive national tours, as well as featuring on numerous underground compilations and in publications from around the world.

In 2018, they secured the celebrated opening spot for one of South Africa’s most influential alternative bands, Springbok Nude Girls, at The Hillcrest Quarry in Cape Town, and 2019 saw The Medicine Dolls embark on their first international tour and also the release of their fifth EP, the wicked ‘A Compulsion To Ruin’.  2020 saw the band signing to South Africa’s leading independent label Just Music for the release of Filth and Wisdom. 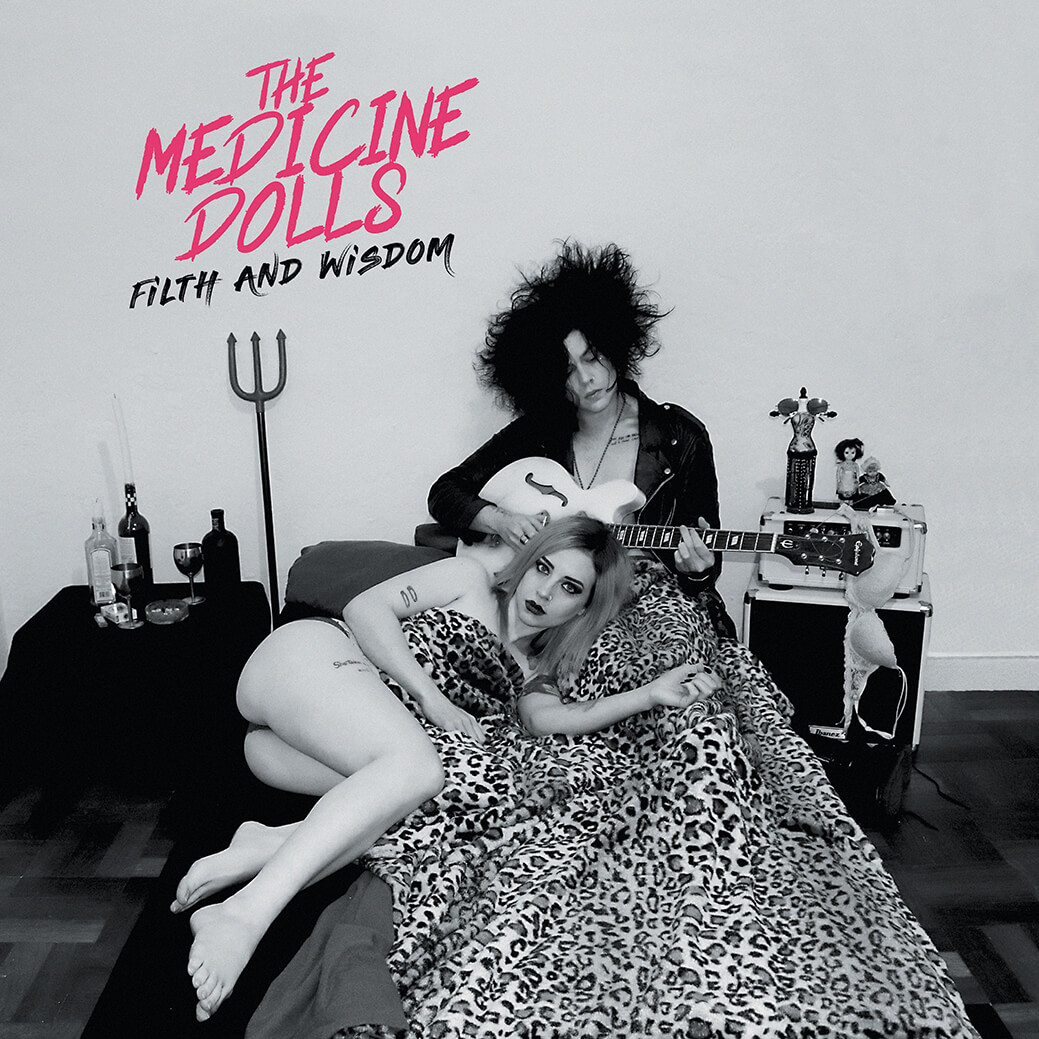 “The Medicine Dolls have arrived! Music that glams up the dramatic when needed, then slams its dirty sound all over your ears with a sexy wonderfulness.” – 4.5/5 The Punk Site

To celebrate the release of the album the band will be performing live on the Hullabaloo Urban Sessions tonight at 7pm CET. Tickets are R80 and available here 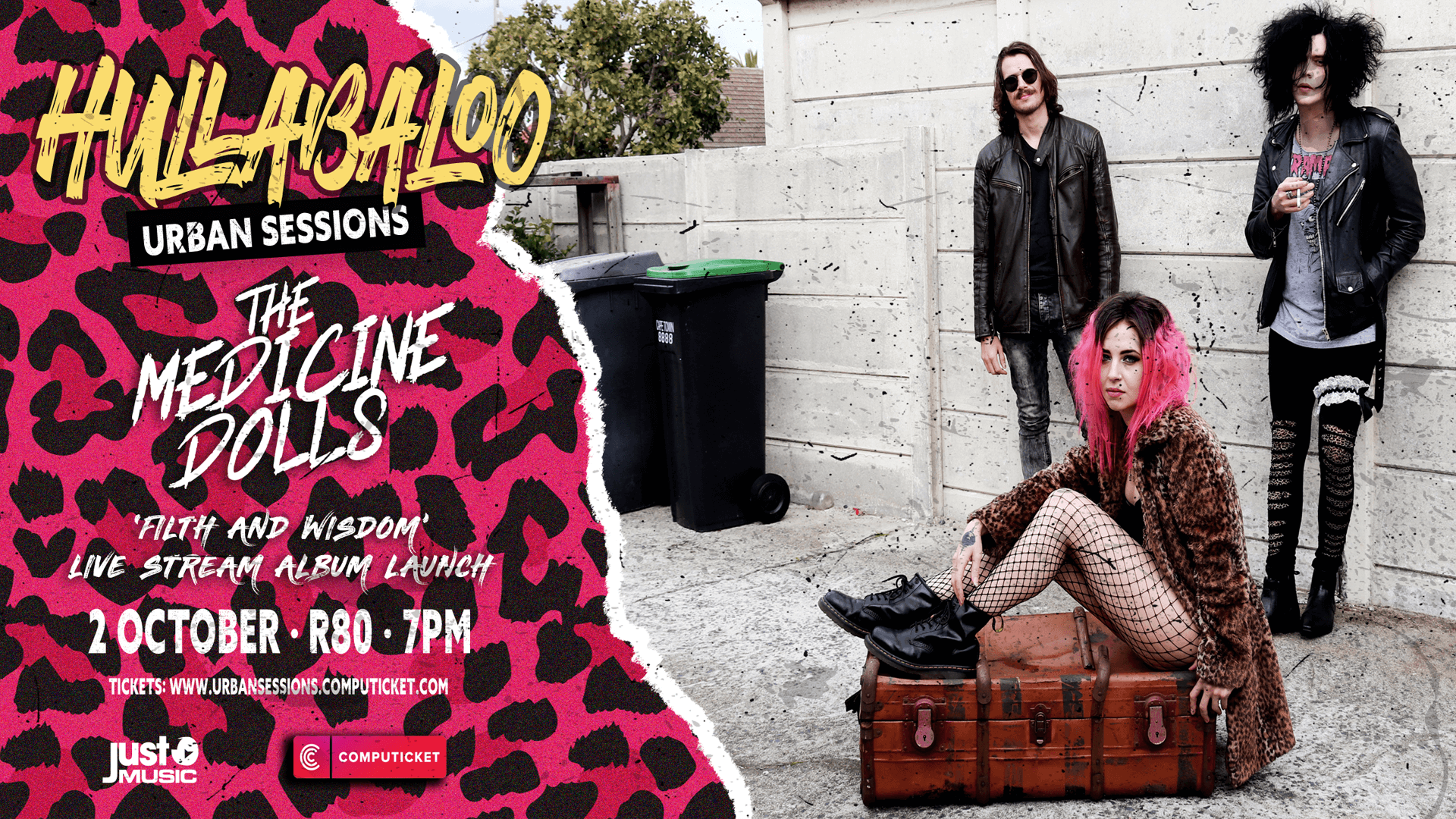