Thy Art Is Murder – Live In Johannesburg – One Night Only

Australian Deathcore heavy weights to play once off show in South Africa. 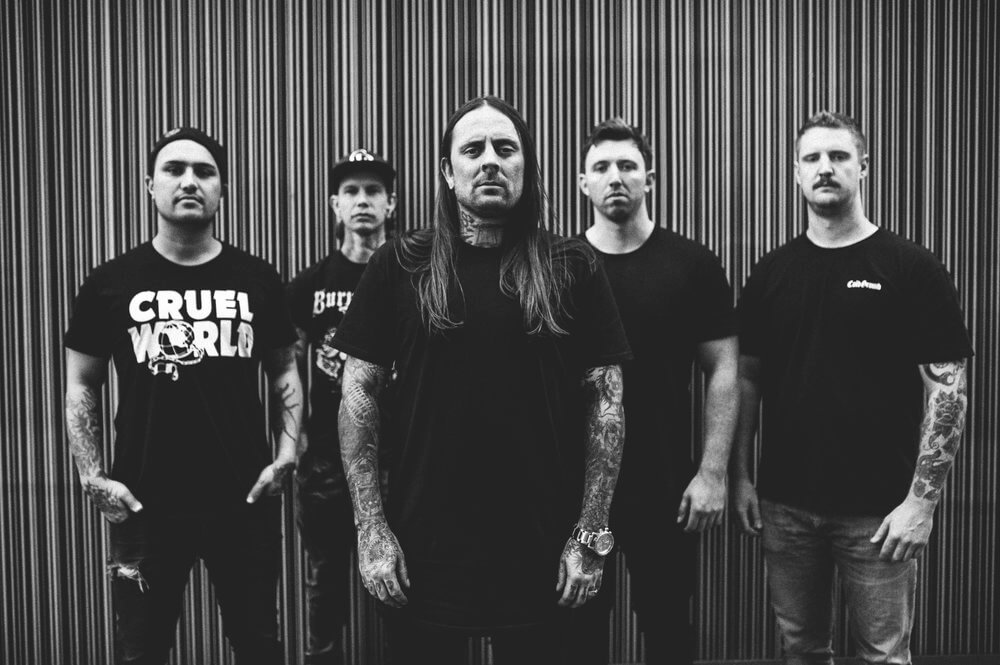 Tickets are available via Witchdoctor Productions (R580) and  Computicket (R600)

Watch the video for Puppet Master taken from Dear Desolation. 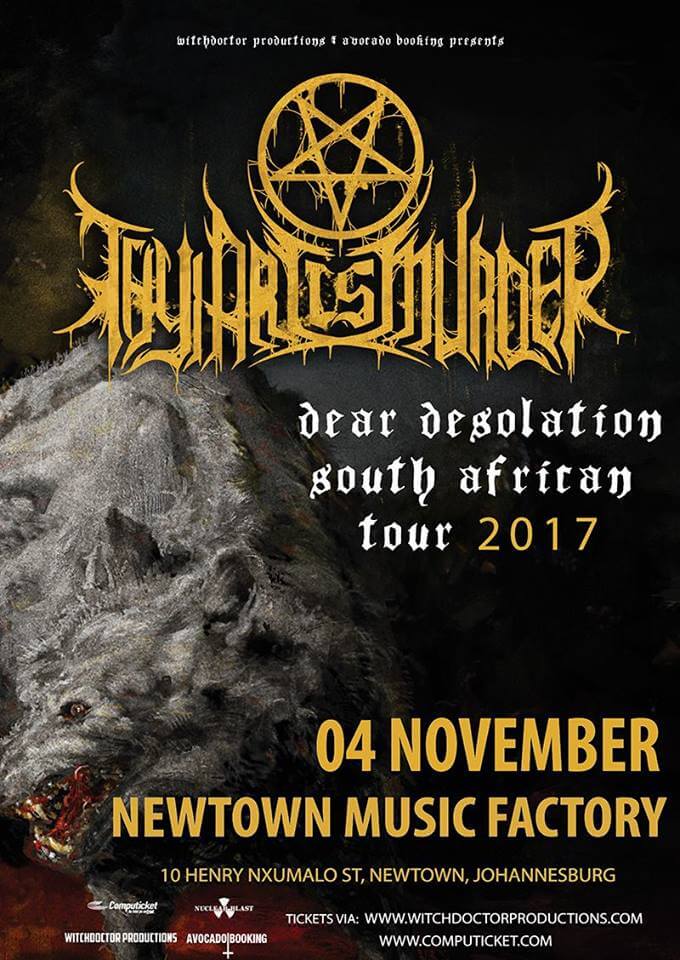 Combining classic and authentic death metal elements that invoke the renegade, spirit-crushing, monstrosity of early Morbid Angel, Cannibal Corpse, and Decapitated with the precision rhythmic assault of Meshuggah and the breakdown-infused bounce of Black Dahlia Murder, THY ART IS MURDER have redefined a once cast aside and maligned subgenre, proudly reenergizing and representing the best in extremity.

The band’s music remains uncompromising, building upon the savage momentum of the controversially outspoken Holy War (2015), the punishing Hate (2012) and their gigantic debut, The Adversary (2010).

Dear Desolation continues the band’s evolutionary trajectory, remaining consistently inventive and diverse without sacrifice the band’s established identity. The adventurous spirit of the band’s unprecedented collaboration with The Acacia Strain and Fit For An Autopsy, released as The Depression Sessions, continues unabated, expanding and informing the band’s already confident creativity.

of Eternal Sin,” “They Will Know Another,” “Light Bearer,” and “No Absolution” resulted in more than 30 million views on YouTube; “Reign of Darkness” alone accounts for nearly a third of those online views.

Thy Art Is Murder sharpened their sonic weapons on the road, with early tours in support of genre giants like Fear Factory and Cattle Decapitation, followed by much heralded appearances at Soundwave and all over North America on the Rockstar Mayhem Tour with Slayer. They’ve earned accolades from the likes of Metal Hammer and fellow bands alike, while delivering standout sets at festivals like Download.

Dear Desolation is custom built for the festival stage, organically streamlined to translate to a wide audience as skilfully as the central sound at Thy Art Is Murder’s core has resonates in sweaty clubs and theatres since the band’s formation in 2006. This is extreme metal for the people, torchbearers for a primal style that doesn’t die.

If this is truly the soundtrack to the end of humanity, it’s music that should unite and empower extreme metal fans in all corners of the genre. Thy Art Is Murder skilfully ignites a crowd of 150 or 150,000.