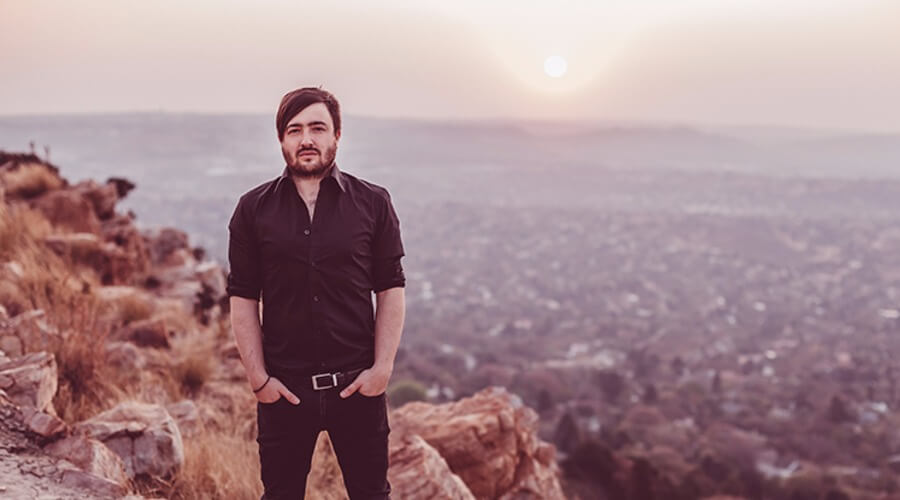 “’Slow Horses, as a project, has been close on 5 years in the making. What started out as me strumming away on a guitar in 2008 turned into a journey filled with the pedantic dissection of every song, ripping a song apart and then putting it back together again; and many visits and re-visits to the drawing-board,” says Trevor Rebello – a singer-songwriter from Johannesburg, South Africa.
Born on Johannesburg’s East Rand in a hospital that is now dilapidated and more famous for ghost tours than the people born there, Trevor spent most of his life sandwiched between the airport and power station pylons. His childhood home was always filled with the influential sounds of Dire Straits, The Beatles, The Beach Boys, Bob Dylan, Motown artists and other bands from the 1960’s. At an early age, Trevor fell in love with the idea of being a performer and began playing guitar on a beatup,
old acoustic that an uncle had given him. He began writing his own songs and played in your
stereotypical high school bands for many years. In 2007, he took a break from the music scene and, after deciding that it was time to grow up and get a real job, made the snap decision to immigrate to Plymouth, England. But, the “great escape” wasn’t as glamorous as expected. The perpetual state of solitude led to plenty of forced reflection which influenced Trevor’s music greatly. Armed with no social life, loads of spare time and no band members, he began crafting the beginnings of a solo project.
“For the first time in my life, I had to rely on the power of lyrics and melody to bring a song to life without adding several different layers; something I wasn’t used to”. His solo experimentations with different sounds and styles continued over the three years that he lived in the UK until he returned home to South Africa in much the same way that he had left. Back in South Africa, Trevor met up with long-time friend Rob Davidson and, with a bit of Dutch courage, played some of the songs that he had written while in the UK. Rob immediately got involved in the project and it snowballed into the pre-production of a 7 track EP which was completed within a few months. The songs were recorded at Coffee Stained Vinyl Studios in Cape Town by TeeJay Terblanche and mixed at
High Seas Studios in Johannesburg by Jacques Du Plessis. The EP compares life to playing the horses; making bad choices fuelled by blind passion and irrationality.
“Every now and then you’re presented with an opportunity that seems too good to be true; you’re willing to bet your life on it only for your gamble not to pay off”.
The right mix of strong lyrics, up-beat and slower more serious songs provides balance to the EP. The catchy track from which the EP takes its name, focuses on the burdened eternal optimist who cannot help but get up after failure and try again, and again; thinking that “today might be my day”. Some of the more reflective songs such as “Oh My Soul”, “What About Me” and “Worst You Could Do” are clearly inspired by Trevor’s obsession with finding true meaning in life – the urge to find a happy place between the
pressures and responsibility of modern life, and the need to live out one’s dreams. “Slow Horses” paints a picture of a man’s foolish resilience and inability to turn a blind eye to lady luck. It explores the onset of a mid-life crisis that’s arrived two decades too soon and tells the familiar tale of that stage in life where you’re forced to grow up; too old to hang out with the kids but too young to have your own. This little slice of musical delight focuses on the importance of last chances, and the catchy and easy-to-listen-to tunes are sure to wet any listener’s appetite and leave them wanting more.