With special guests Stoker and African Survival Kit this promises to be a night to remember! 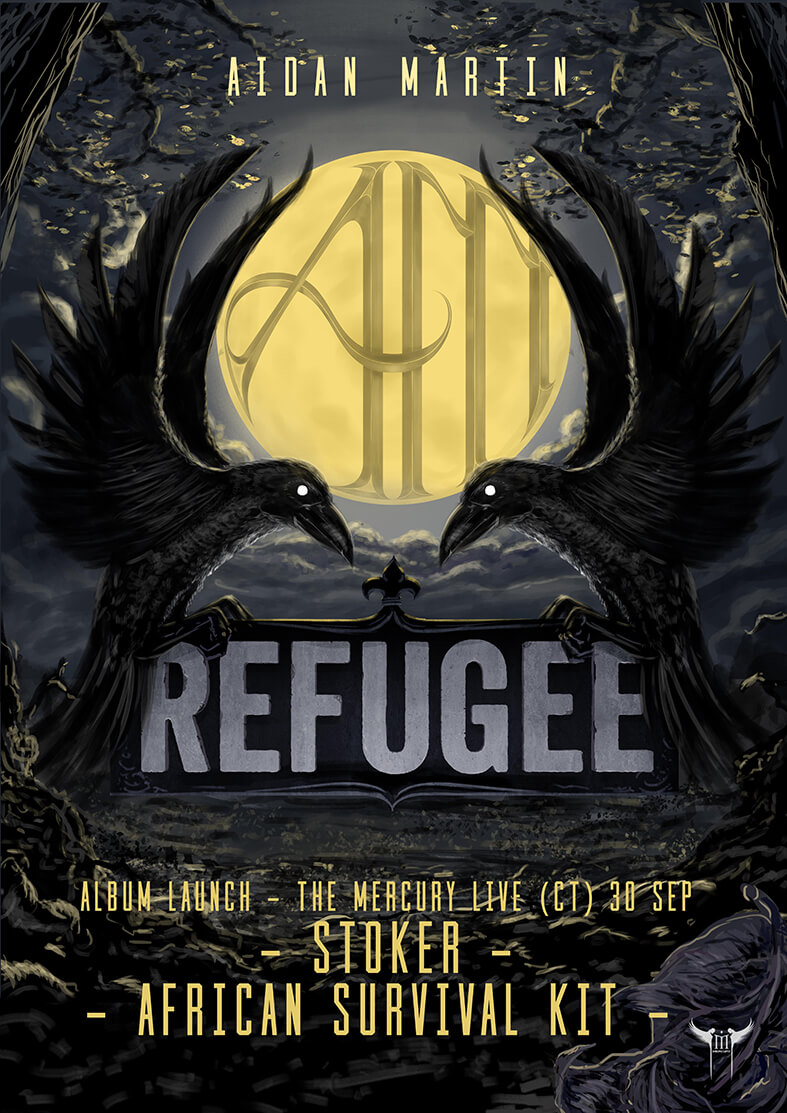 Tickets available through Quicket  and at the door.

A changeling and a chaser of truth, Martin is forever seeking authenticity when it comes to his craft, and the much-anticipated album Refugee is a true testament to this passion. He believes in creating music that is accessible to everyone, that inspires consciousness, freedom of thought and freedom of creation, while he never backs down when he has something important to say.

Texx and the City “ Aidan Martin is one of those fully-fledged bluesmen that manages to evoke old school rock and blues with each performance. Although it’s an increasingly difficult genre in which to stand out, Martin and his band do so with their latest single “Get Together”

Recording Studios “From the much-anticipated album Refugee, to be released in full at the end of 2017, comes the seventh and unpredictable song Leaders Mislead Us, an edgy track that showcases Aidan Martin’s rare talent of infusing harmony, melody and rhythm into a single piece of music. Released worldwide on 2 August 2017, the track is piercing in its honesty and rips right to the heart.”

Throughout his career, he has remained true to his roots and has consistently produced music that is polished, accessible and uncompromisingly rock ‘n’ roll. Or – as he calls it – AfroRock/PurpleBlues/Rhythm&Soul/Freedom/Changeling.

Watch the official video for  Refugee