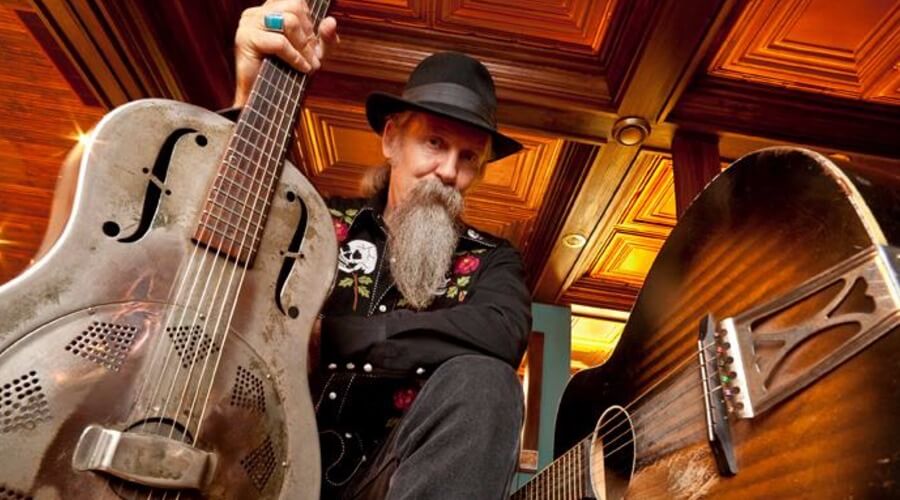 Doc MacLean’s second African tour, “Cross Bones Blues,” finds him returning to many of the places he visited on his previous, “Zulu Skies” adventure. As if that Tour wasn’t big enough, Cross Bones includes nearly 50 shows. From the gala Tour launch at the Canadian High Commission to the massive OppiKoppi Festival, to theatres, cafes, and wild little juke joints… This tour touches most parts of South Africa.

A number of Cross Bones shows will feature collaborations with South African blues and roots artists. MacLean, who was “thrilled” by the musicians he met last year, is working to create opportunities for these artists to tour North America. South Africa and Canada have much in common, and he believes that a broader exchange of artists would serve both well. In addition to fostering cultural, diplomatic and economic contacts, Doc continues to mentor a number of younger artists, and will present guitar workshops as his tour schedule permits.

Dates and Route : May be subject to change. Developing schedule reflects current and pending contracts. TBA’s and non-listed dates may be available.

To keep up to date with the tour details, read the story behind the attached poster and download hi-res promo material including posters and pics please visit Cross Bones Blues Tour 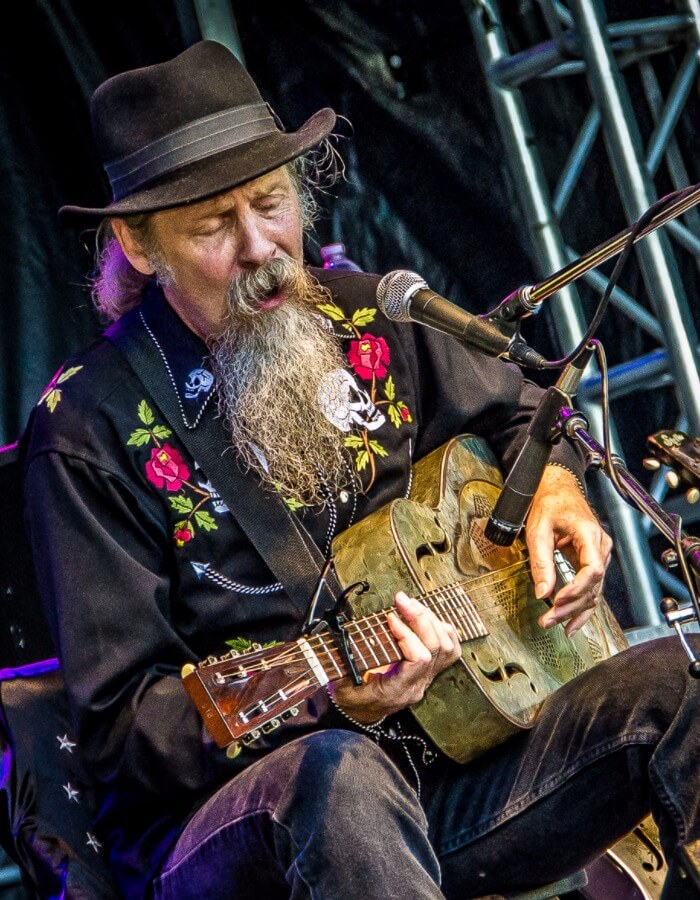 Forty-five years ago Doc was playing Charlie Patton songs in Son House’s living room. From back porch to big porch. The storyteller. An emotional remapping of contemporary delta blues. At one time Blues Revue Magazine called him the “Prince of Darkness.” There’s redemption here beyond the simple, acoustic medium– and an appeal that reaches well beyond the Crossroads.

It’s a career built on hard travel and performance. Early roots in Mississippi. Chicago. Atlanta. Canada. Months and years spent living in cars, sleeping on floors, cheap hotels. Repeat appearances at some of America’s best folk and blues venues. A lifetime spent on the Blues Highway with some of its most significant artists.

Long ago MacLean established his annual, 100 plus show, National Steel Blues Tour to play all parts of North America. In the process, the Tour itself became legendary. Ice roads to the arctic. Crazy, burning highways through the desert wilds. Hard travel, wrecks, and tough North American weather. And now the Tour is reaching Africa. “No venue too large, too small, too grand or too humble.” Even places lost in the folds of the map. The thing that has been carried is returned.

He’s a blues vagabond, writing from the dark side of the highway. A songster from the delta tradition, Doc explored and resided in the American rural south at a time when it was much less visited than it is today, and had mentors like Son House, Peg Leg Sam, and Sam Chatmon. Gifted by the grandchildren of slaves, MacLean now sings his own stories and tells his own songs in his own voice. His mostly resophonic, finger style slide guitar pays sonic homage to Patton, House, and Big Joe Williams, in a roots based, yet contemporary context.

Telling songs and singing stories. This blues came from the Mississippi delta. But before that, it came from Africa. Passed down from mouth to mouth. More than music. A placement of the human spirit. Doc’s mentors were the grandchildren of slaves and he keeps their gifts close to the heart, and close to the Bone.