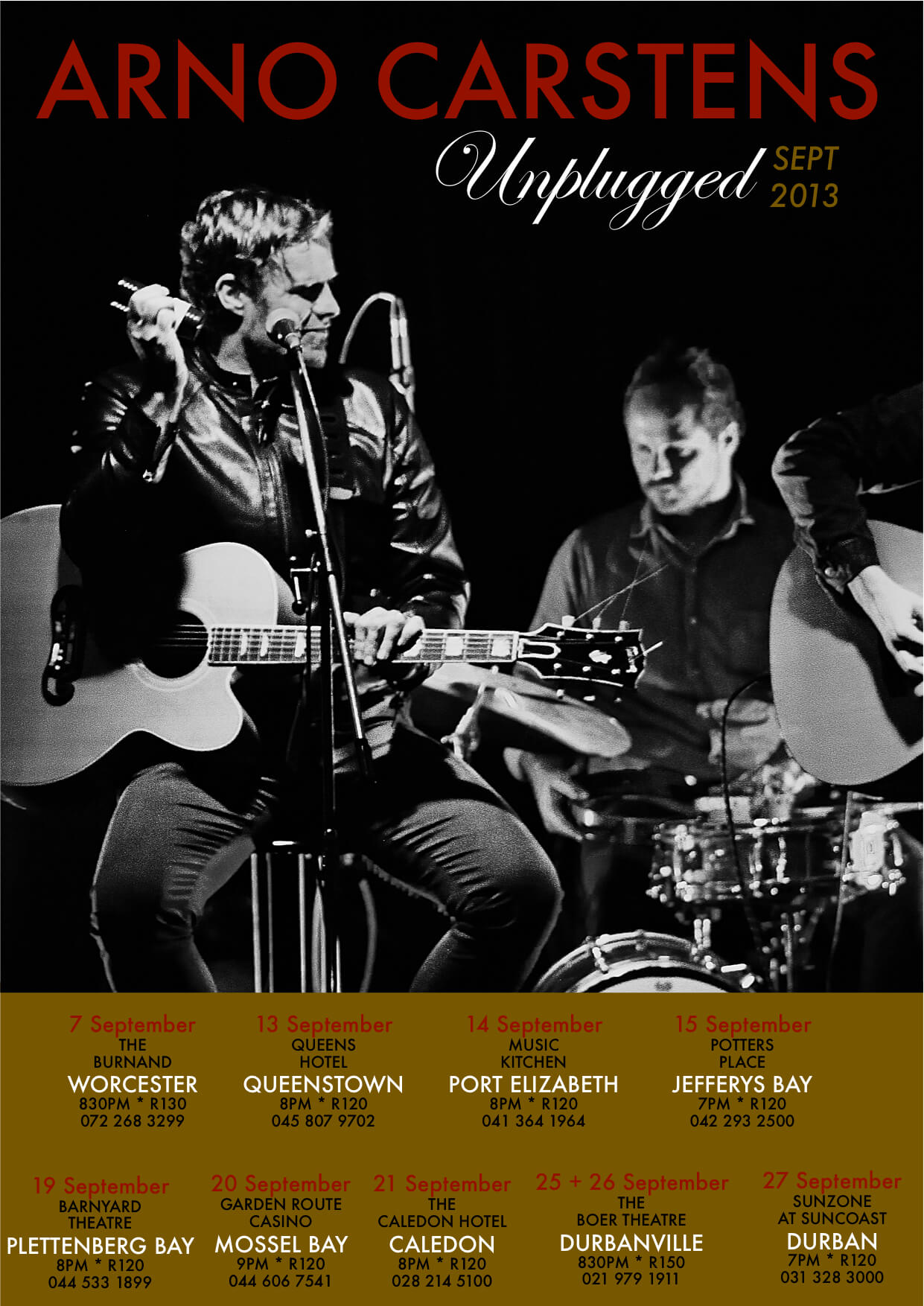 Arno Carstens will tour the South African Coast with his eclectic alternative rock brand during the month of September 2013, at venues in the Western & Eastern Cape and KwaZulu Natal as part of the annual ARNO CARSTENS UNPLUGGED series that will include popular tracks from Arno’s solo career, including Another Universe, Hole Heart, Dreamer, Emergency, Two Dogs and Battlescars Gallactica as well as those from his career as the lead singer of Springbok Nude Girls: Blue Eyes, Genie and Little.

“This UNPLUGGED SERIES is a great way for me to perform my songs in a stripped down and intimate environment, and allows us to really connect with the audience. I’ll be performing with Gus Warden on Percussion and David Watkyns on Keys & Trumpet and we’ll take the audience on a journey that encompasses genres ranging from intimate musical sensitivity right through to a searing landscape of sound.” says Carstens.

He has toured extensively in SA, UK, Europe and USA, headlined every major South African festival and performed at some of the most legendary international music festivals including Isle of Wight, Glastonbury, V Festival, T in the Park and Hard Rock Calling.  Arno has released 4 solo albums, Another Universe (2003), The Hello Goodbye Boys (2005), Wonderful Wild (2010) and Atari Gala (2012).

“South Africans love music, and live acts are one of the hallmarks of Tsogo Sun’s properties. We share South Africa’s love of music in general and particularly of Arno Carstens’ unique voice and style, and are delighted to welcome him to our leisure destinations at Queens Casino, Garden Route Casino, The Caledon Casino Hotel & Spa and Suncoast Casino, Hotels & & Entertainment in the month of September,” says Noëleen Bruton, group Marketing Director of Tsogo Sun.

Time: 9pm (after the rugby) 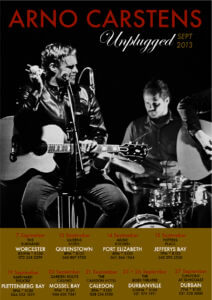