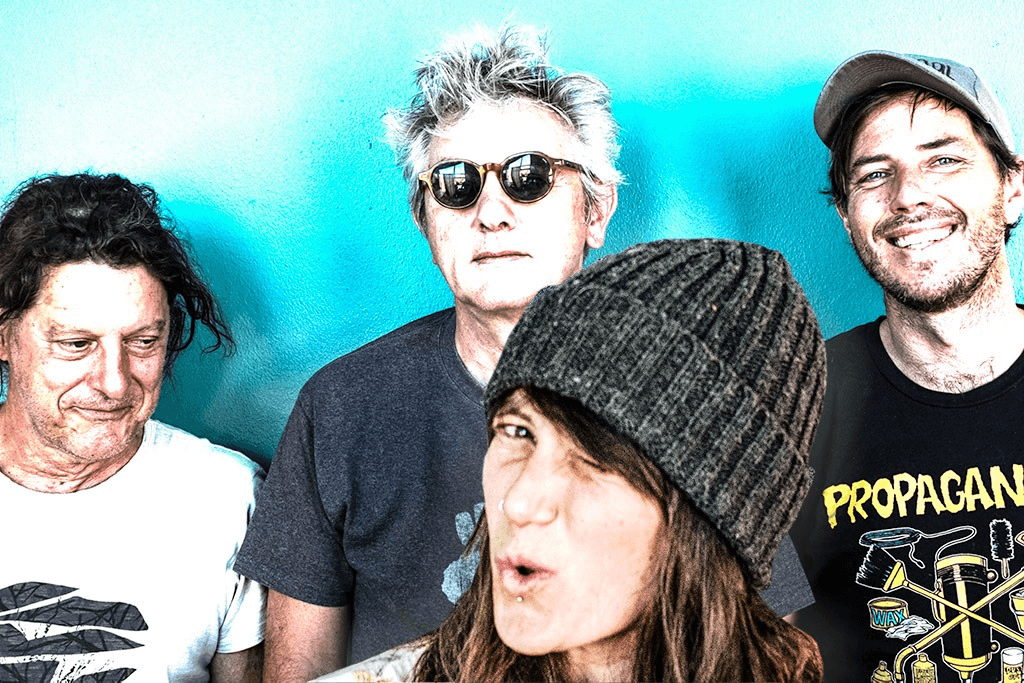 Cami Scoundrel and the Feminists are leaving their home base of Cape Town for the Beer & Naartjies Tour of Johannesburg, Pretoria and Soweto.

Cami Scoundrel is best known as the folk-punk singer-songwriter sensation who has been getting ever more prominent coverage in recent months following the winter launch of her latest album, Those Days (available on all streaming platforms). With her full band, the Feminists, her eclectic sound is influenced by everything from maskandi to hip hop, blues to psychobilly, and even jazz to noise pop. Her lyrics provide a fresh, fearless, and deeply personal perspective on contemporary South African conditions.

“I can’t wait to be back in my hometown again, the last gig I jammed there was at Native Rebels in Soweto in 2019” Cami says. “I’m just super amped to be jamming with all my homies, all over Gauteng, hopefully catch some Jozi thunder showers, and jam with as many old and new faces as possible.”

Catch the Beer & Naarties Tour on Friday 18 December at the Colony Arms, Randburg, from 19:00. On 19 December a house party in Kempton Park that kicks off at noon will be followed by a show at the JARR Bar (PTA), again from 19:00. Sunday 20 December sees the Beer & Naarties Tour reach the Sun Fest, which runs from 10:00–20:00 at Kwa Skero in Soweto, featuring a range of bands, artists, DJs and, of course, great food. 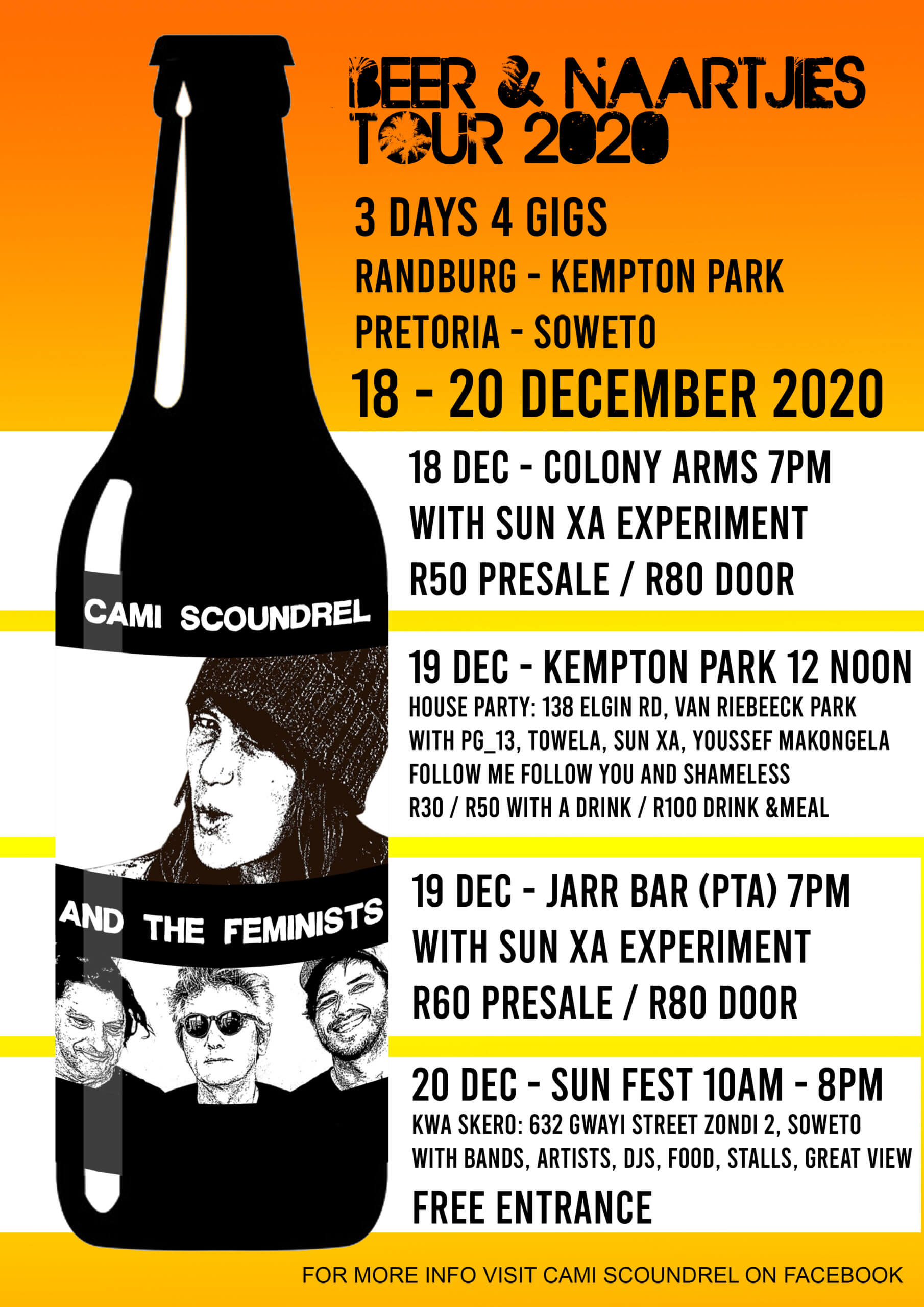 At all the shows, Cami Scoundrel and the Feminists will be joined by local phenomenon, the ancestral-spiritual band that is The Sun Xa Experiment, with their healing music and whirlwind live show.

The Feminists are Mike Hardaker (lead guitar) and Craig McKune (bass guitar). Regular drummer Derek Craig has to stay in the Cape for personal reasons, but Bopha from The Sun Xa Experiment will be sitting in on drums for the duration of the tour.

“Beer and Naartjies?” Cami smiles. “It’s a play on my first album’s title track, Beer and Anarchy.., we also write it on the set list as Beer and Naartjies, it just seemed like the right title for the tour, amongst other options like The Missing Our Dogs Tour, The Slightly Locked Down Tour, and The Queer as Folk Tour”

Cami Scoundrel and the Feminists would like to thank Lebohang More at Digging Thoughts, Angela Lamborita Mthembu-Che’re, Heine from JARR bar, Murf Murfin, Lorimer Wilmot and Warren Gibson at Plug Music Agency for all their organizational help. This tour would be nothing without the awesome team behind it.