With their self-titled debut album set for a mid-year release ,

Johannesburg Death Metal Band Chaos Doctrine have unleashed a vicious video for the track My Demise Pt II: The Rage

My Demise is a two part epic depicting the systematic decay of a human mind – starting with ‘The Hatred’ (Pt I) and culminating in ‘The Rage’ (Pt II). The speed and lyrical content of Pt II works together to create the sense of a frantic lust for violence: “Hell is coming and it’s wearing my face, I’m your God in this Chaos Age”, “Take a look, do you like what you see – Chaos Doctrine, Hate Eternally”.

This is woven together by samples from the Hellraiser movies, and carefully selected video footage which reflects a fragile state of mind that has gone beyond its breaking point. – Dr D, Vocals.

My Demise Pt I will be available on the debut album together with three previously released singles Cult, The Genocide Number and FTG as well as 4 other unreleased tracks.

“Chaos Doctrine fuel their high-octane music with ingredients that range from death metal to thrash,

from groove to industrial, but they supercharge their hybrid metal machine with undiluted rage.” –  NO CLEAN SINGING 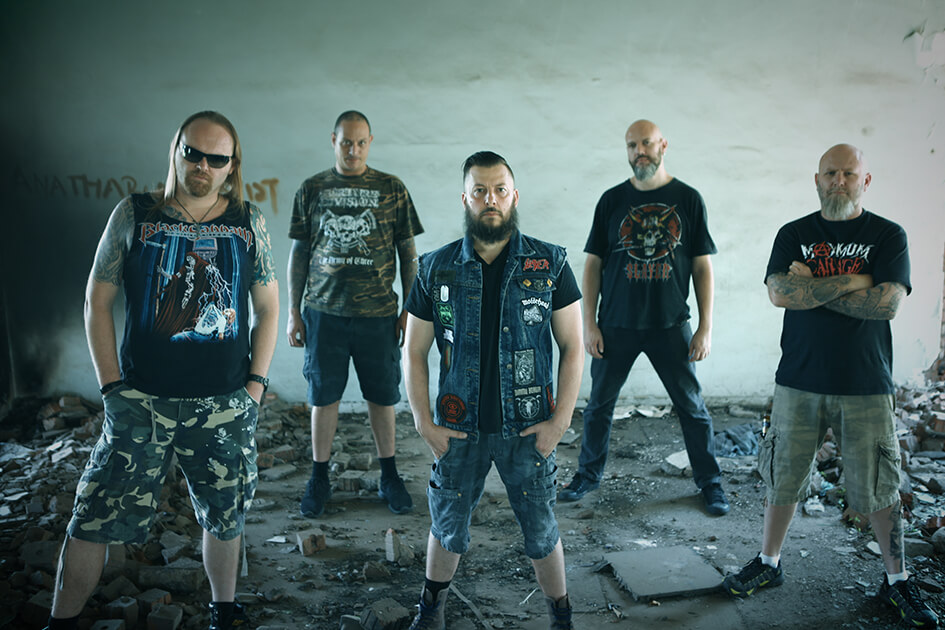 Chaos Doctrine is a metal band from Johannesburg, South Africa. The band is the brainchild of vocalist Dr D (Bedlam, Malachi, DedX) and guitarist Ray (Superclown, Malachi, Stone the Free, DedX), who wanted to create a unique sound by blending classic thrash and death with newer waves of metal and industrial. Originally formed in 2010 with bassist Phil (DedX), the band had a few member changes before enrolling guitarist Alec (Sacraphyx, The Warinsane) in 2013. In 2017, founding drummer Ralph Margo (Beast of Eden, Sacrifist, Tyburn, Misericord, Hate Speech) re-joined the band to complete the line-up.

For Chaos Doctrine, metal is aggression. Everything we produce conveys this: Our sound is the result of combining the raw power of classic metal like Slayer, Pantera, Sepultura, and Meshuggah with the modern edge of bands such as Machine Head and Lamb of God, and the industrial sound of the likes of Ministry, White Zombie and Psyclon Nine. Our lyrical content explores the shadow of the human condition: instability, hatred, brutality, decay. And our approach is unrelenting – fueled by rage and void of message or apology.

This is Chaos Doctrine.