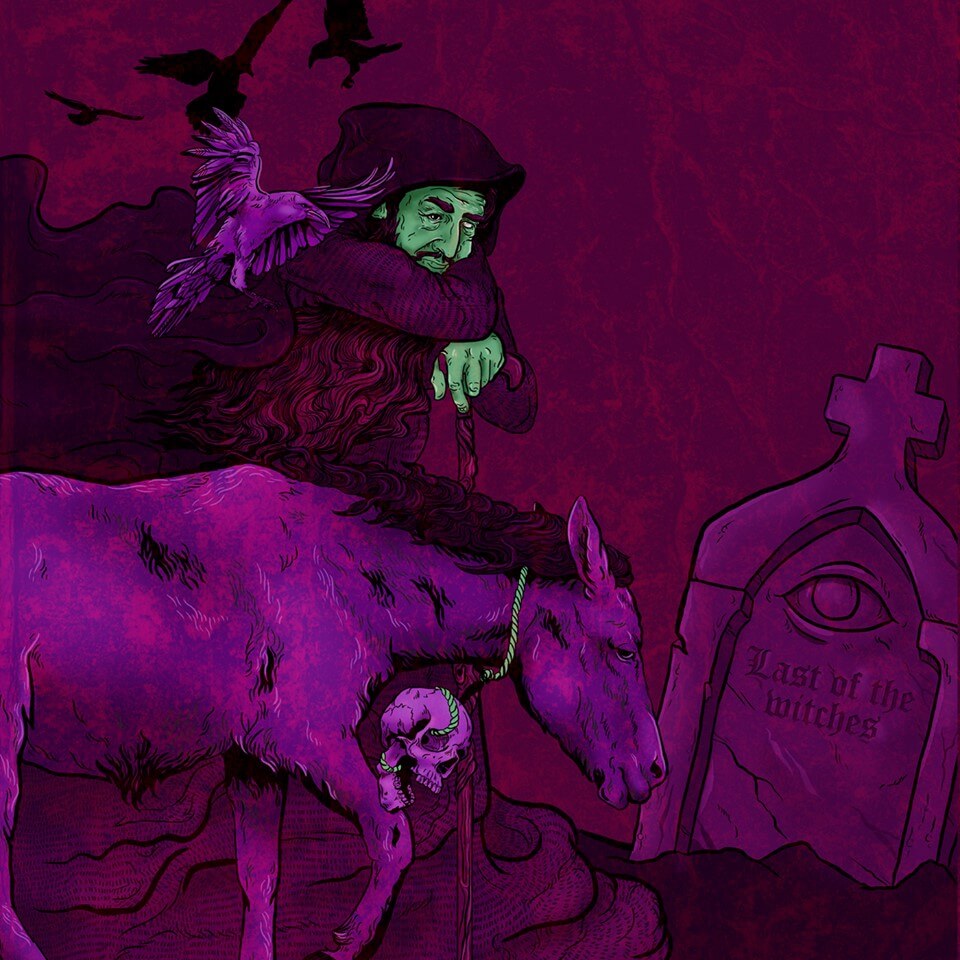 Taken from their full length album Seasons which is set for release on the 20th April 2018.

“ With this release, Ruff Majik decided to set sail into newer, sludgier directions. We decided long ago that we wouldn’t be that band that people would complain about, saying ‘they used to be heavier’. Hell no, every time we bring out new music we want to move forward, become heavier, more intense. We still like to include bluesy bits, sure. But this song is made to be filthy, heavy, oily sludge ‘n roll. Next time we might do something a bit more doom again, who knows hahaha. All I know is that right now, Ruff Majik is becoming a groove machine, and we like it.” Johni Holiday

club shows supporting the likes of Colour Haze, My Sleeping Karma and The Devil and the Almighty Blues.:

They’ll be back in Europe in August to play SonicBlast in Portugal. 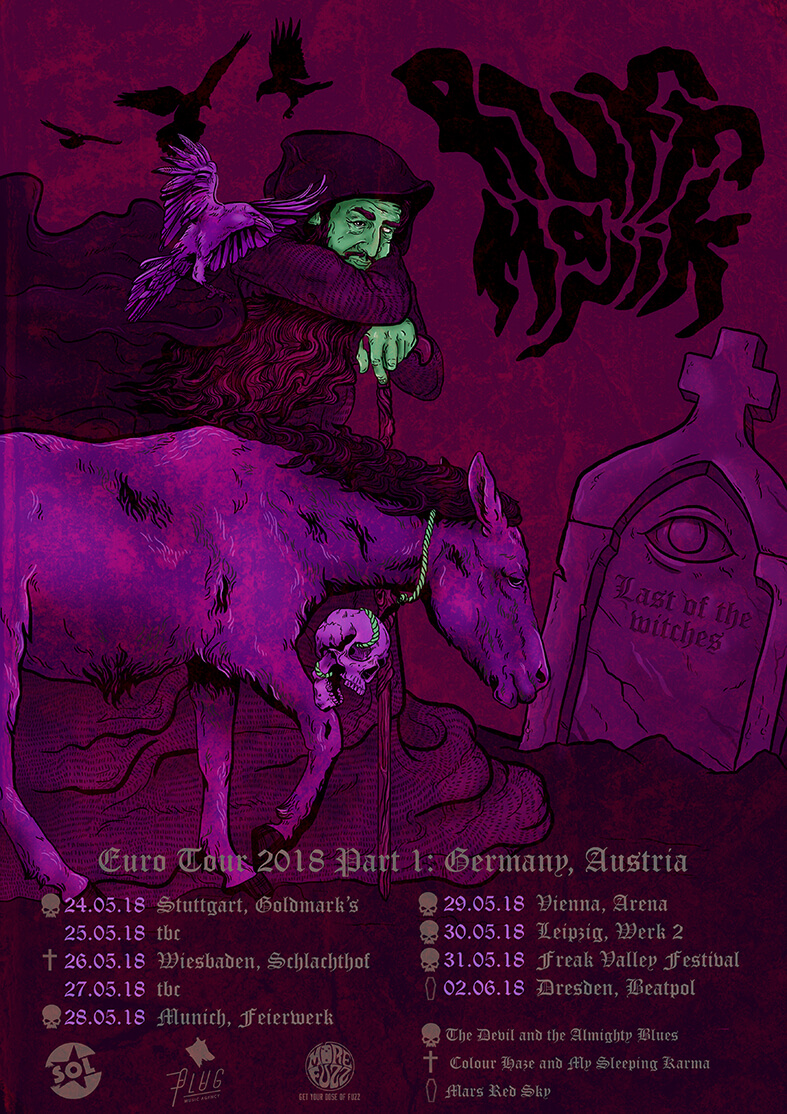 Support for The Devil and the Almighty Blues: 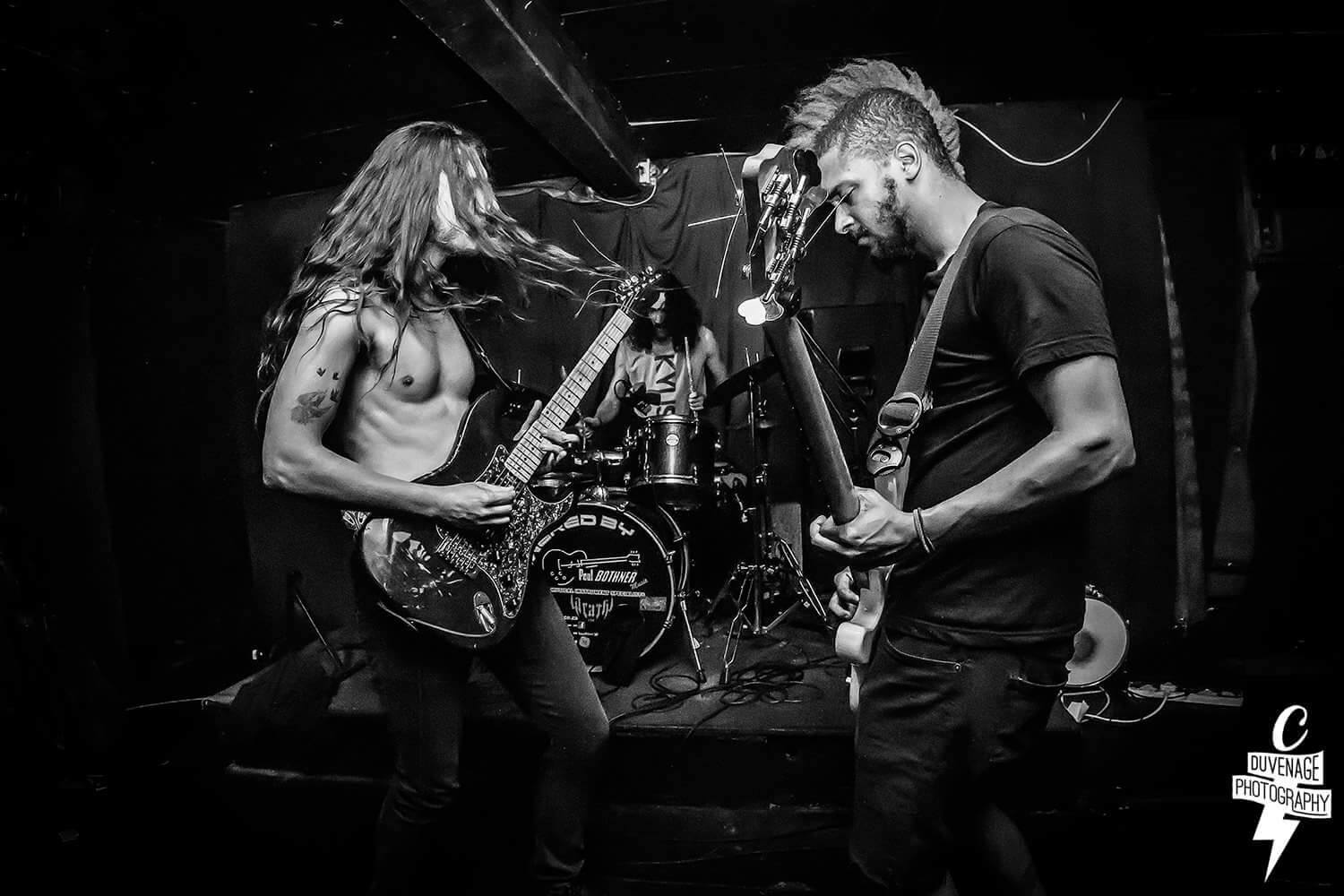 In a small, secluded mining town in rural South Africa, three friends heard the call of the void, and spat fuzz back at it. Thus, Ruff Majik was formed, and the boys decided it was time to move to the city to spread their gospel of riff worship and sound sorcery.

With their brand of what they call “stoner rock / sludge ‘n roll” they move between slow grooves and breakneck speeds in the blink of an eye, with live shows being described as ‘whiplash inducing’.

The band surfaced in 2015 with the release of their first 6 track, The Bear. This got them lots of attention from reviewers all over the world. They quickly followed up with The Fox in 2016, that got them into Classic Rock Magazine with the song ‘Sodoom and Gomorrah’ as well as 104 000 views on the YouTube stream of the full album. In 2017 Ruff Majik released The Swan, The Hare and the Hollow, A Finch in a Cherry Tree and A Dragon and his Hoard, the latter three being part of upcoming full length Seasons.