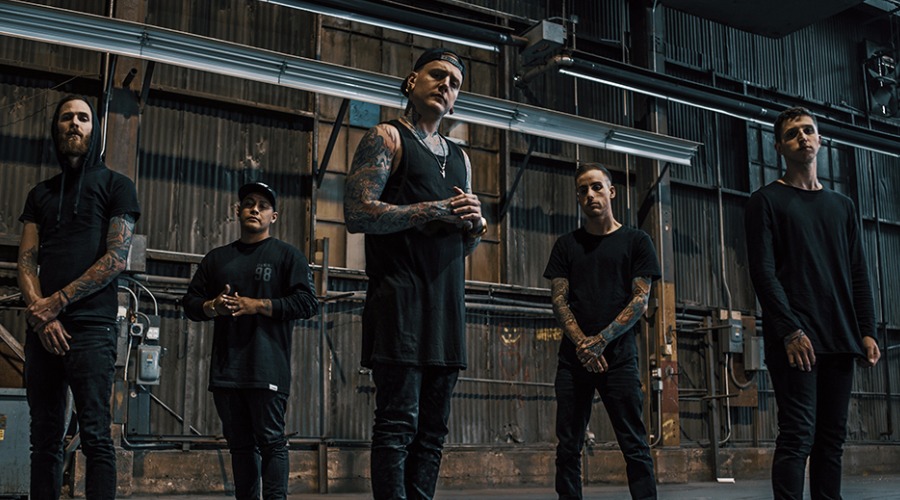 American Deathcore band Chelsea Grin will be playing 1 show in Johannesburg on the 16 August 2017 at the Groove Live.
Early birds tickets are R450 and ONLY available on www.witchdoctorproductions.com , the first 200 get to come to the meet & greet.
Early birds end on 30 April 2017 midnight
Tickets go on sale at Computicket and Witchdoctor Productions on 01 May 2017 for R500 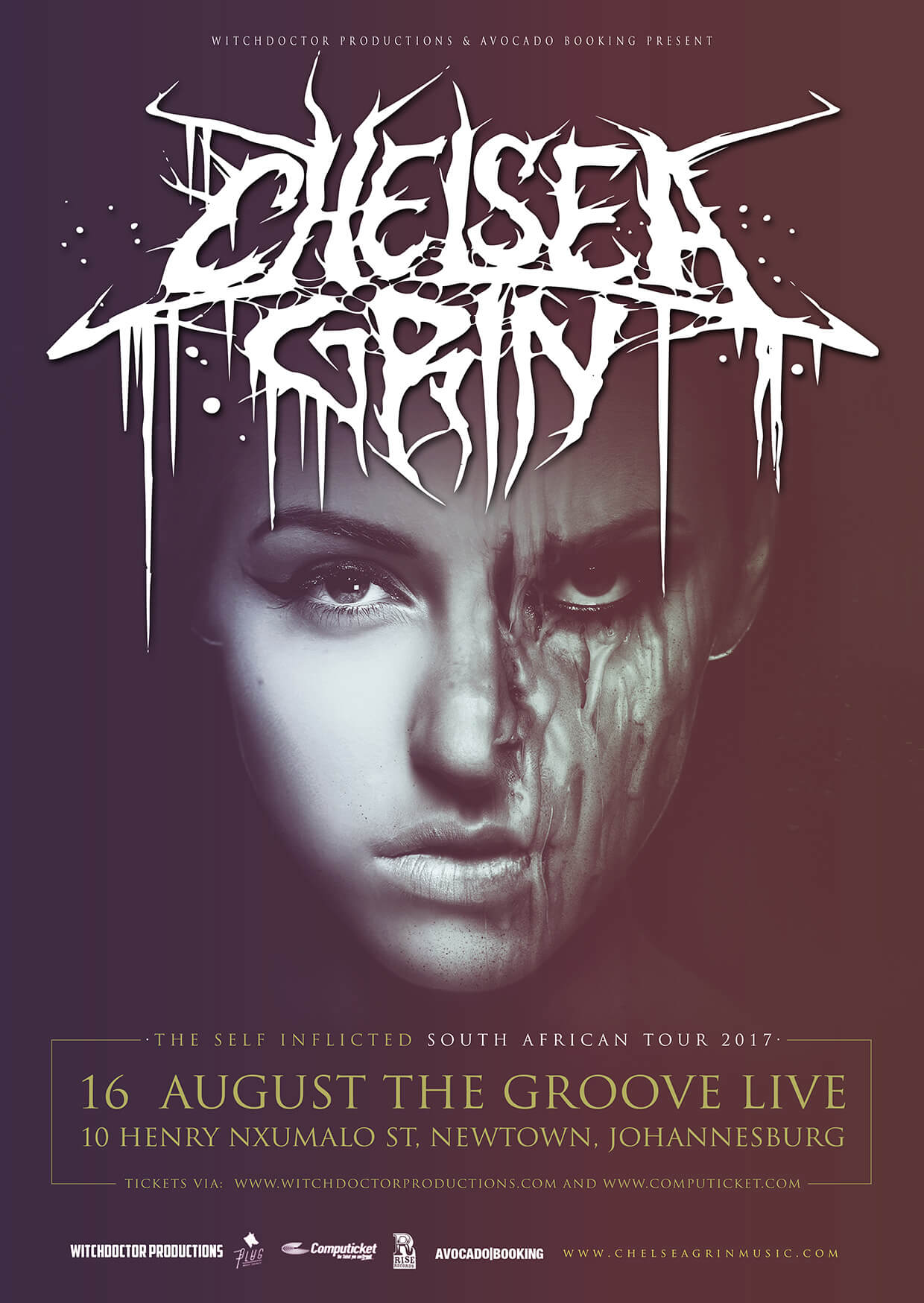 Chelsea Grin was originally formed in 2007 by Alex Koehler and former band mates under the name Ahaziah. They are signed to Rise Records and have released two EPs and four full-length albums.
The band’s first members were Alex Koehler, guitarist Chris Kilbourn, bassist Austin Marticorena and lead guitarist Michael Stafford. Marticorena introduced Andrew Carlston to Chelsea Grin and assisted in rewriting their songs as well as the creation of new material. This writing process lead to the tracks on their first release, a self-titled EP that was streamed and released online through iTunes, then released in Compact Disc format worldwide on July 27, 2008. Early on in the band’s career, they released the songs “Crewcabanger” and “Lifeless” as singles, both of which were received well by listening audiences on Myspace.

The band later sought to obtain a third guitarist position which led to the acquisition of Dan “Niglet” Jones and followed into the writing of their full-length album Desolation of Eden (2010), following up this record was My Damnation (2011) before cutting into a 2012 EP titled Evolve. Since then the band released two more full-lengths, Ashes to Ashes in 2014 and Self Inflicted in 2016.