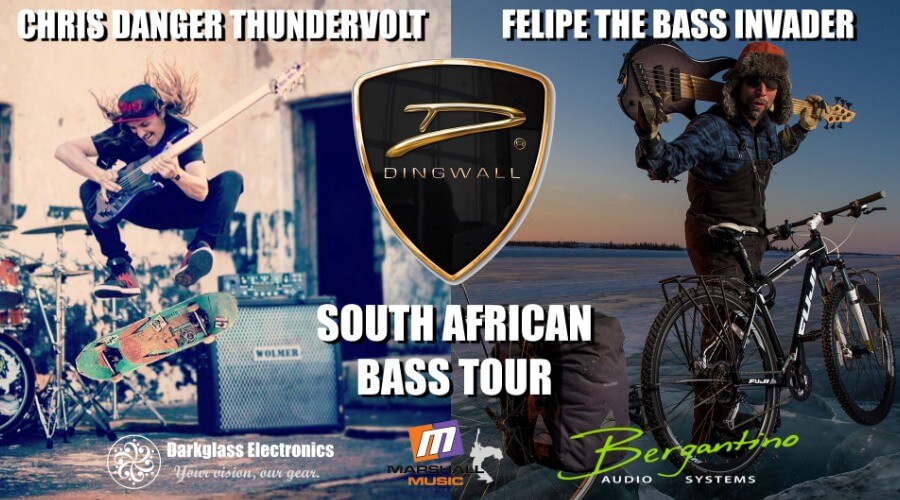 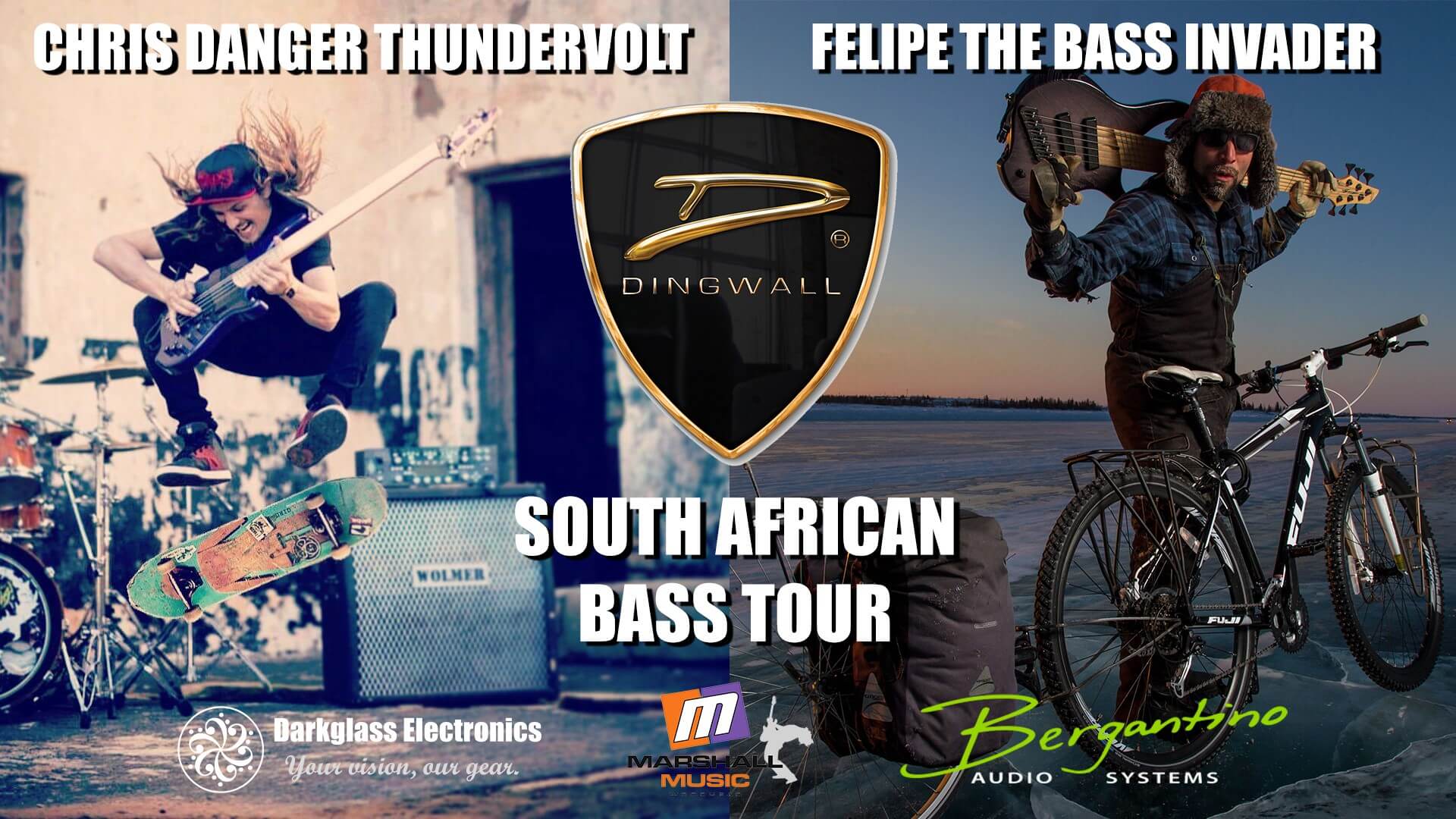 Both Chris and Felipe are Dingwall artists and will be promoting these beautiful instruments as well as the other products they are sponsored by including Darkglass Electronics (Chris), and Bergantino amps (Felipe).

The duo will play a set each and end the evening off with a collaboration set. They will be showcasing musical ideas, gear, techniques, influences and more…

“I am very excited to be playing with someone from across the globe. We are the same but different, and the music will bring everyone together.” Exclaims Chris.

There will be a Darkglass Duality Fuzz Pedal giveaway with more giveaways to be announced closer to the time.

Chris van der Walt is the bassist for Death Metal band Vulvodynia. He started out as a roadie for bands like Not My Dog and Jack Hammer, and later joined metal band RhütZ, touring nationwide in South Africa. Chris learnt invaluable lessons from his time with RhütZ about touring, writing and recording. He achieved an Honours Degree in Film Sound Design, and a Degree in Jazz. Chris then took all his combined knowledge and pushed forward into new musical directions including The Black Cat Bones, Boargazm and Vulvodynia. Chris has worked with many other great SA bands/ artists including Albert Frost, Scicoustic, Valiant Swart, Jack Hammer, Blood Brothers, Gerald Clark, Jonathan Peyper and Mel Botes.

Watch a Video of Chris

Felipe Gomez is an award-winning musician, adventurer and public speaker. He decided to take the” touring musician “or “troubadour” concept to a whole new level, cycling across Canada with his 6-string bass and amp, performing his music in festivals, schools, houses, barns or pretty much any venue that the road offered him. The Bike and Bass Tour is a trans-global adventure involving a bicycle, a bass, and the desire to inspire people, specially students to explore the outdoors, and embrace the incredible diversity of cultures, landscapes, art, and wildlife that Canada has to offer. The goal of the Bike and Bass Tour is to inspire others to find confidence in themselves to help them realize their own potential, and to encourage them to contribute to their own communities.

Watch a Video of Felipe

Dingwall basses have been synonymous with great tone, definition and the “Best B in the business!” When bass players purchase or switch to their basses, they hear nothing but praise from the sound engineers both live and in the studio. The reason being that they naturally sit in the mix. Why? Because of the fan fret system. It’s all about the great fundamental tone it produces.

– Equalized tension from string to string.

– No more floppy B string.

If you look in a grand piano, you’ll see that the low strings are longer, and the high strings are shorter. This produces the right tension and proper length for each of the notes to ring true.