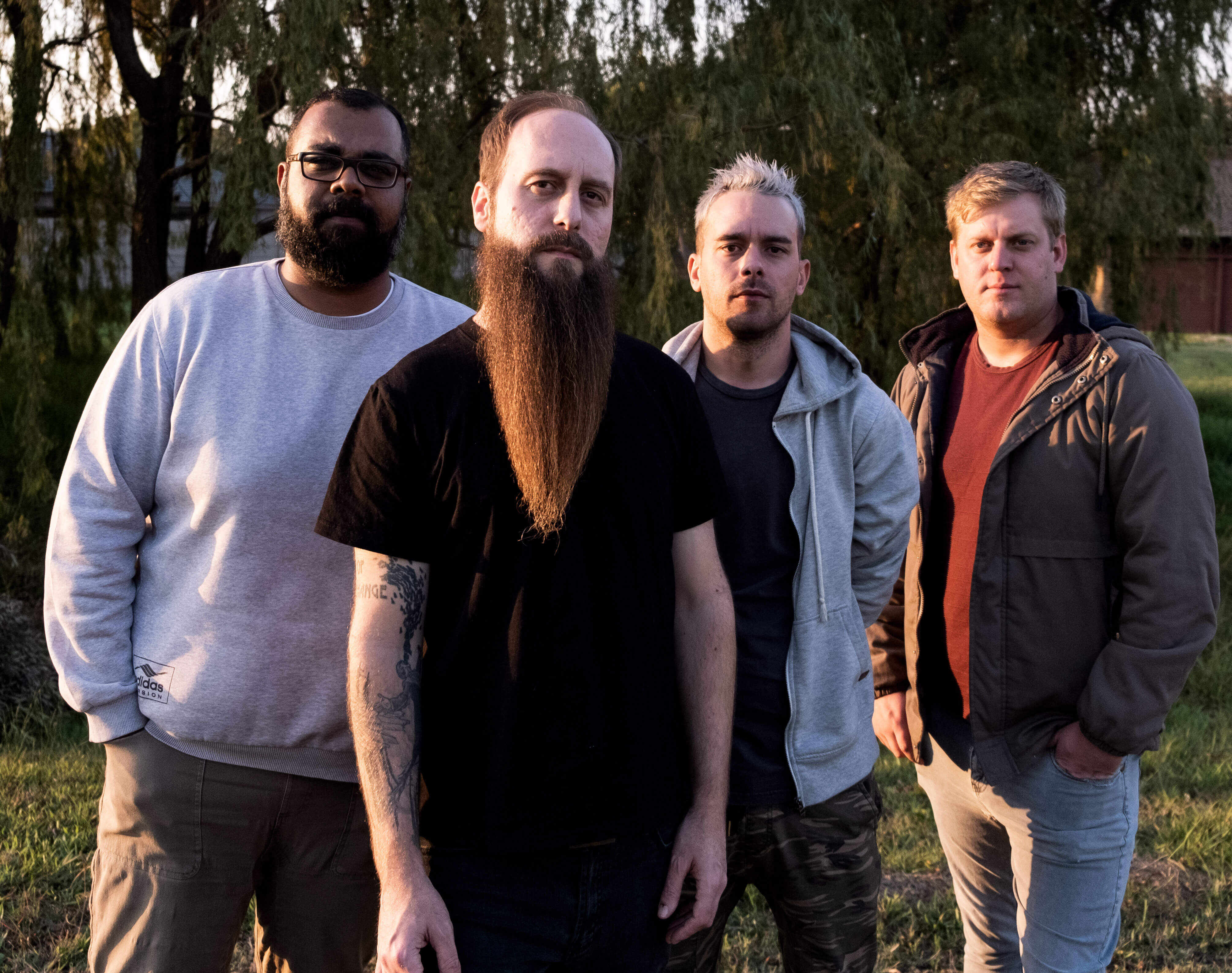 Johannesburg’s alternative prog-rock giants Deity’s Muse have released a live performance video for their new track Still in Hiding, taken from their forthcoming EP Lungs Full set for release on the 31st May. This comes off the back of the news that they will be main support for prog-metal innovators Monuments on their Phronesis UK Summer Tour, as well as playing the UK Tech-Fest for the first time. More standalone dates to be announced soon.

The video was shot during the bands recent opening slot with Ukrainian metal titans Jinjer at their sold out show in Centurion, South Africa. “We chose to film our debut performance of this song and it so happened to be during our support slot opening for Jinjer and Sumer. Perfect environment to film a music video.” Explains bassist Alvin Boucher. Guitarist and vocalist Wayne Boucher adds, “This video feels very real to me in terms of what it’s like being on stage and it captures the moment we played “Still in Hiding” live for the very first time. You can see that we’re simply lost in the music, very candid. There’s no pretending here.”

Wayne delves a little deeper into the inspiration behind the track, “Musically this track is very dynamic. It has big, trippy grooves with some prog moments and various moods and textures. It starts in one place and ends in a completely different place altogether. Lyrically it makes me think about where the future is heading and how unprepared human beings are for it considering we’re not so keen on changing anytime soon. We still have this left vs right agenda embedded in our subconscious, a form of thinking that’s continued for centuries and yet we wonder why we still have so much conflict in this world.”

“We definitely thought outside the box with this one and I think it’s totally paid off. This chorus is extremely catchy!” Says Alvin.

Watch the video for Still in Hiding 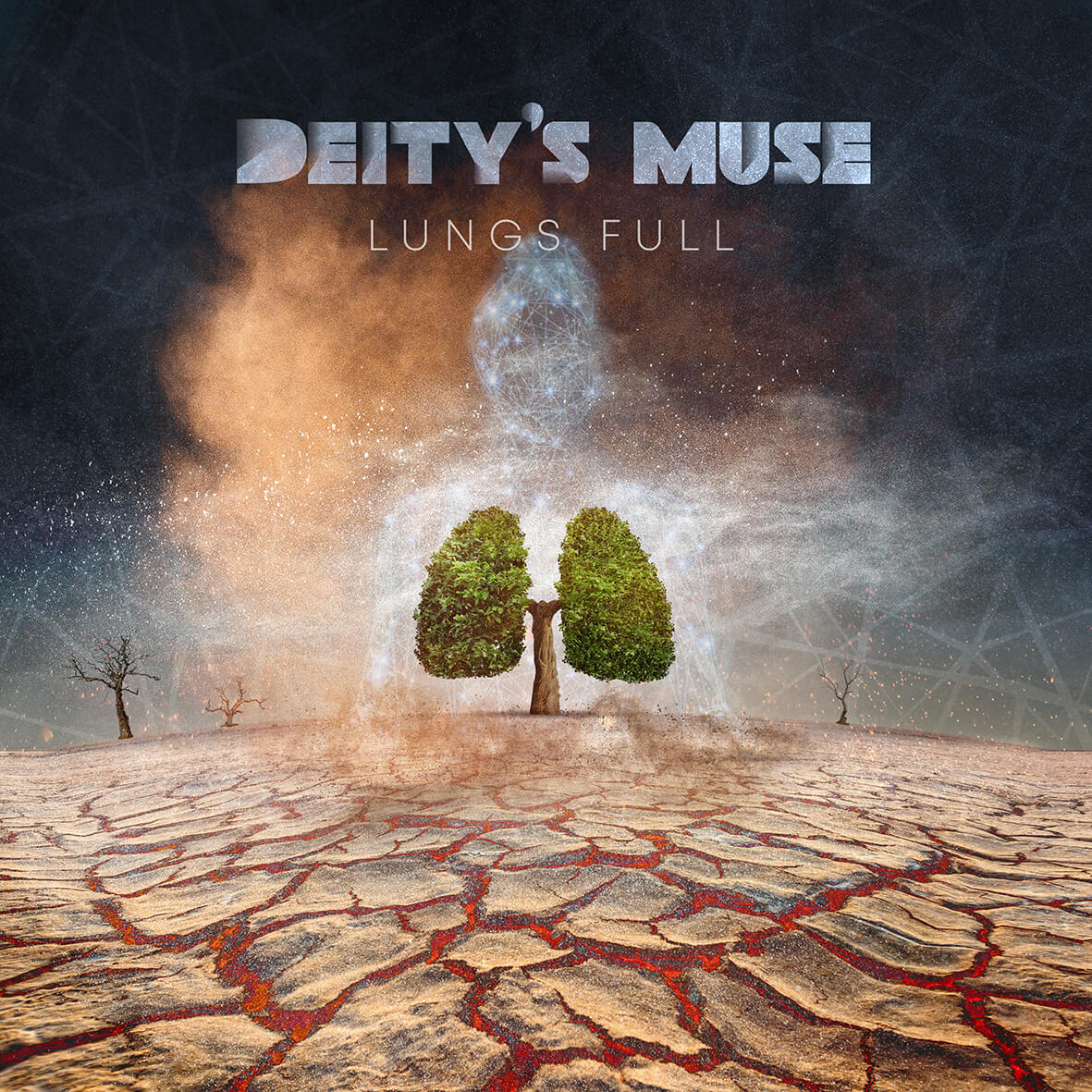 Lungs Full will be released on the 31st May 2019 on all digital platforms.

Deity’s Muse is a melodic alternative rock band based in Johannesburg, South Africa. The band is an absolute juggernaut live and has featured on every major South African rock music festival. The band has shared stages in their home country opening for revered international acts such as Dead Letter Circus (Aus), Rise Against (US), Bring Me The Horizon (UK), Blind Guardian (GER), Unearth (US), Protest The Hero (CAN), Knorkator (GER), Affiance (US), Monuments (UK), 36 Crazyfists (US), Karnivool (Aus) and Blindside (SWE). The current lineup has only been together since 2014.

In October 2012 Deity’s Muse took part in their first ever international tour where they performed at world famous venues such as The Viper Room in Hollywood and The 100 Club in London. In April 2013 the band shared the RAMfest main stage with international heavyweights, Rise Against and Bring Me the Horizon. In September 2013 Deity’s Muse played two shows with Australian rock legends, Dead Letter Circus at The Assembly in Cape Town and Krank’d Up music festival in Johannesburg respectively.

In August 2014 the band made their first ever Oppikoppi Festival appearance. In September of the same year they performed on the main stage at Krank’d Up 2014 with Unearth and Protest the Hero. In November 2014 Deity’s Muse embarked on a South African tour with Australian heavyweights, Dead Letter Circus.

Deity’s Muse supported Australian prog-rock giants, Karnivool at the Johannesburg leg of their South African tour at the end of April 2016. 2016 also saw Deity’s Muse tour South Africa extensively in support of their latest release. The band supported UK prog pioneers, TesseracT on the Johannesburg leg of their South African tour in April 2017. In July 2017 the band was featured on Metal Injection’s “10 Great South African Bands You Have To Check Out” list. Following this, Deity’s Muse made their first European music festival appearance, performing at the 2017 edition of the annual Euroblast festival at Essigfabrik in Cologne, Germany in October which was headlined by Twelve Foot Ninja, Textures and Devin Townsend Project.

In May 2018 Deity’s Muse opened for Seether to 6,000 people at Marks Park in Johannesburg. Soon after, it was announced that Deity’s Muse had been confirmed to perform on the Sophie Lancaster stage at Bloodstock Open Air 2018, effectively making them the first South African band to perform at this prestigious festival. Following this, Metal Hammer debuted the band’s video for “Walls Down” which received 15,000 views in 4 days on the metal publication’s Facebook page. In August of the same year, Deity’s Muse embarked on their first ever co-headlining UK tour with Sumer announced as tour mates. This UK tour culminated in the band’s performance at Bloodstock Open Air 2018, opening the Sophie Lancaster stage at 11am on the Friday to 2,500 people.

In January 2019 the band started working on pre-production for their next release with Dead Letter Circus guitarist, Clint Vincent. The release, titled “Lungs Full” will make up a series of Eps with part one being released on 31 May 2019. Besides being locked away in the recording studio for most of the first quarter of 2019, Deity’s Muse also performed at high profile shows as supporting act for the Ukraine’s legendary Jinjer (May) and UK prog-rock act, Temples on Mars (February). Deity’s Muse will be touring the UK in July 2019 as main support for Monuments as well as taking part in their first ever appearance at UK Tech-Fest.