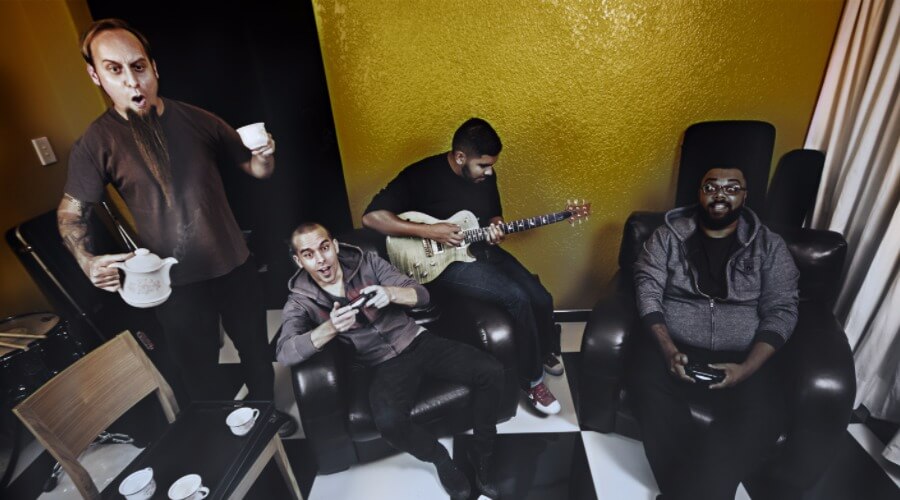 Deity’s Muse – a groove-driven rock band from Johannesburg, South Africa. The band is an absolute juggernaut live and has appeared on every major South African rock festival stage. Deity’s Muse have had the pleasure of sharing the stage with international bands such as Dead Letter Circus (Aus), Rise Against (US), Bring Me The Horizon (UK), Blind Guardian (GER), Oedipus (US), Unearth (US), Protest The Hero (CAN) Knorkator (GER) Affiance (US) and Blindside (SWE). The current lineup has only been together since 2014.

In October 2012 Deity’s Muse took part in their first ever international tour where they performed at world famous venues such as The Viper Room in Hollywood and The 100 Club in London. In April 2013 the band shared the RAMfest main stage with international heavy-weights, Rise Against and Bring Me The Horizon. In September 2013 Deity’s Muse played two shows with Australian rock legends, Dead Letter Circus at The Assembly in Cape Town and Krank’d Up music festival in Johannesburg respectively.

In August 2014 the band made their first ever Oppikoppi Festival appearance. In September of the same year they performed on the main stage at Krank’d Up 2014 with Unearth, Protest The Hero, Newtown Knife Gang and others. In November 2014 Deity’s Muse embarked on a South African tour with Australian heavyweights, Dead Letter Circus.

Having spent most of 2015 locked away in pre-production for their next album, the band will be embarking on the Satellites Tour which will also include an appearance at Krank’d Up 2015 with international stalwarts, 36 Crazyfists and Monuments.

Deity’s Muse are currently putting the finishing touches on their next album, simply titled ‘Convergence’. They’ve just released the first single form the album, a lush and atmospheric departure for the band called, Satellites. Convergence will be produced, mixed and mastered in Brisbane, Australia by Clint Vincent (guitarist for Dead Letter Circus and producer at VIN JAMES Music).