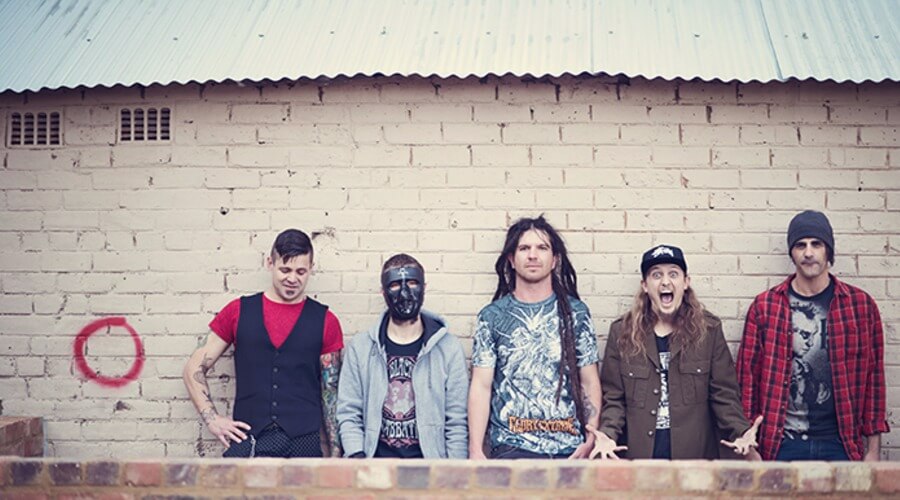 PitVirus is a hard-rocking four-piece “supergroup” from Johannesburg, South Africa. With political and social commentary and catchy grooves, this is a modern protest band.

PitVirus began as the brainchild of Chris van der Walt (The Black Cat Bones, Boargazm) and Marc Junius (ex The Drift) who wanted to write dirty, gritty rock music. Industrial metal was a big influence at the time, with both founding members getting more than just one daily fix of Ministry. Meeting up at a music festival, they decided to go ahead with writing material.

Spontaneity was the name of the game, but the groove – which they felt was so often missing in the ultra-complex, noise-driven metal of this decade – was the most important item on the agenda.

After completing 20 rough ideas the basic tracks were demoed. Needing a drummer to complete the trio they asked Tom Hughes of Fuzigish and Haggis & Bong to have a listen. Tom’s hard-hitting drumming style was the perfect fit.

Tracking began at Tom’s studio, Sound Stables, in 2014. Tom worked his engineering magic and recording went by smoothly. Once the instrumental recording for the first five tracks was completed the search for a vocalist began.

Enter South African legend David Beretta Owens of Lithium and N8ive fame. After hearing the tracks Dave immediately said yes! PitVirus promised him everything he loves as a vocalist; from raw screams and catchy melodies to beautiful harmonies.

Focusing lyrically on real issues facing South Africa and the world in general, songs like Xeno Man, Shed my Load and Firepool emerged naturally from the slow and grinding or fast and punky hooks of the music, transforming them into anthems of protest.

Their EP entitled “STATE OF THE NATION” was released independently on 18 April 2016, and is available online.