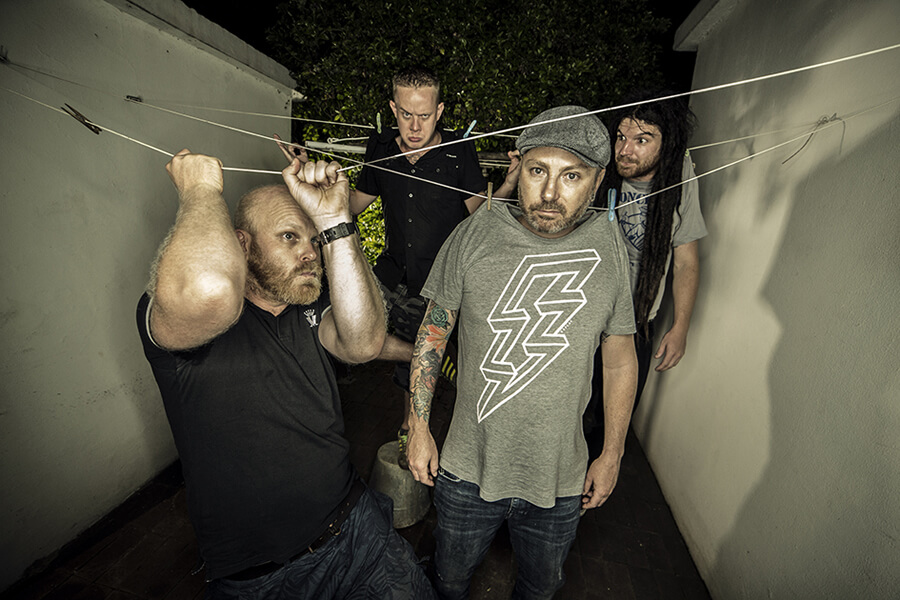 We are not looking for a title or genre to fit neatly into, but what the hell, here goes it:

PS: It is always cool to have the words “post”, “-abilly” and “core” in your genre description.

The band really did start out in a little ol’ bar in 1997, with guitars and no brass, but that later changed and brass became a feature around 1999.

Most the bands from this early scene can be found on the CD “Family Business” released through [R]evolution. Don’t forget Croakroom Records and their earlier release, “Taking Over The World”.

Croakroom also licensed our first CD and helped spread the word. There were many others who helped and built. We drank & smoked in parking lots, skated lonely city streets and ran around in mad circles on the dance floors. We were the outsiders. We were the ‘lonely skankers.

So what are the Fuzigish facts and were does the name come from?

Music has the power and ability to activate & spread free thought, educate & influence awareness of our surroundings and of ourselves.
Music can make us question everything. We want to help people find their own voices. We hope to give them strength with their own creative ambitions and be a positive influence, just like the bands and people that influenced us and gave us hope. This is the punk we believe in.