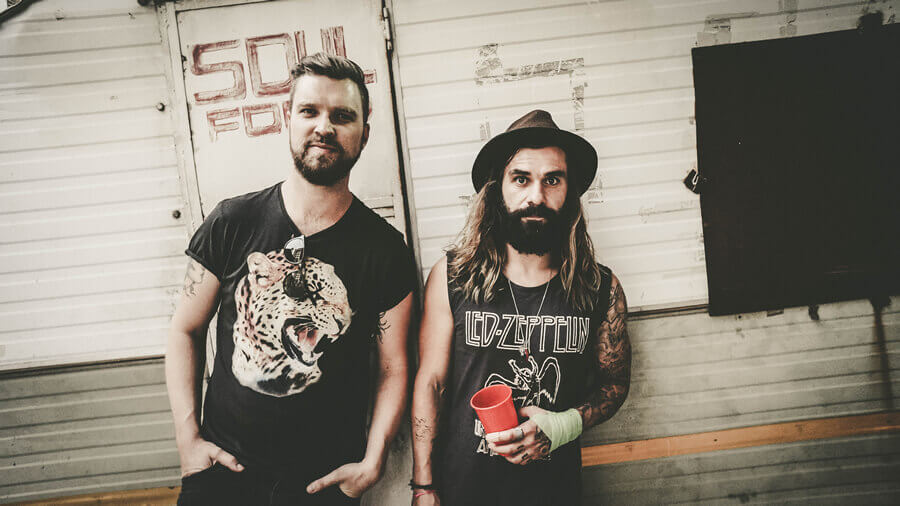 Hellcats are a two piece, stripped down, bare knuckle rock n roll band from Johannesburg. They are Alessandro Benigno on drums and vocals, and Warwick Rautenbach on guitar.

The duo started the band in August 2014 and played their first gig as Hellcats at the famed Arcade Empire in Pretoria. They had one song when they were asked to play that gig, so they wrote 8 tracks in two weeks leading up to it and came out the gates swinging. That’s kind of how things have rolled ever since. Hard and fast. Their sound is exactly the same, driving riffs and wailing vocals, with a clear 70’s rock influence. Filthy. Uninhibited.

In their short time together, the boys have torn through the local underground sceneas well asholding their own, sharing big stages with giants like Fokofpolisiekar and Aking, to name a few, at venues all around the country. The band also headlined the Vans Campsite stage at Rocking the Daisies in 2015 which solidified their arrival as a force to be reckoned with on the South African rock n roll scene. Since then they have obliterated stages and festivals across the country, including Mieliepop and Oppikoppi in 2016.

Hellcats are a live band. Their music is unashamedly raw and their live performance is full throttle energy. They’re a two piece with a colossal sound, and audiences respond emphatically.