Hellcats Unleash Debut Full-Length Album “The Hex and The Healer” 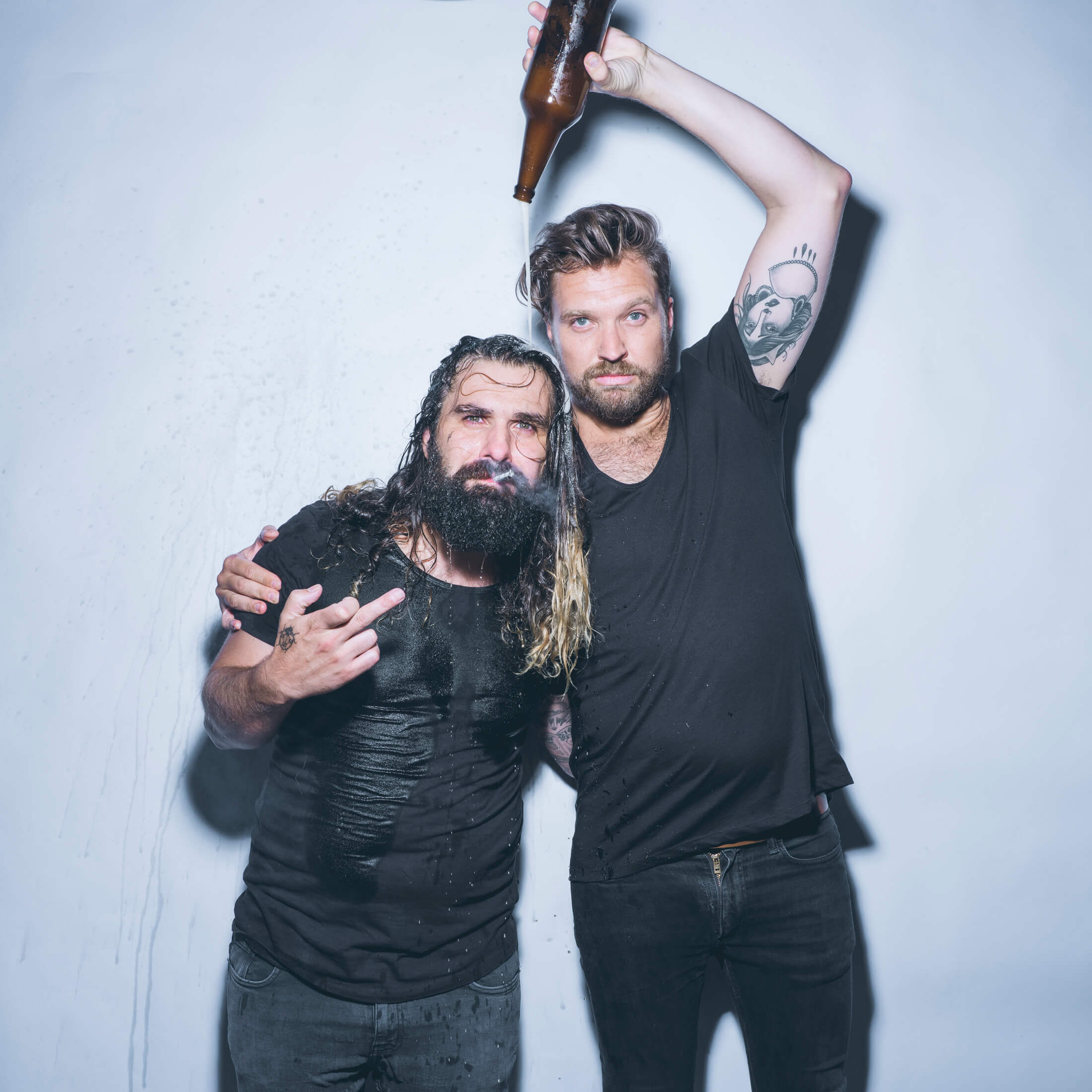 Hellcats is a stripped down, bare knuckle rock ‘n’ roll two-piece from Johannesburg, South Africa. With Alessandro Benigno on drums and vocals and Warwick Rautenbach on guitar, they’ve created a sound that is hard and fast – with driving riffs, wailing vocals and a clear ‘70s rock influence. Today sees the release of their debut full-length album The Hex and The Healer. 22 minutes of emotional, riff-heavy, drum-heavy, ROCK!

Recorded by Craig Hawkins at Audio Militia in Johannesburg, the band worked closely with producers Nick Argyros, Paul Norwood and Craig Hawkins. The band comments on the benefit of working with three producers saying, “Recording with Audio Militia you get three producers, each with a great guitar, vocal and drum influence respectively – so each instrument was pushed as hard as it could have been.”

Drummer and vocalist Alessandro was very happy working with the trio, “Nick is a wizard drummer and he helped me a lot with my style and even set up. He’s also a great vocalist and helped a lot with vocal hooks too. I appreciate the fact that he doesn’t take shit – if it’s kak you’ll do it again and again until he’s happy.”

Nick Argyros adds, “I had to work very quickly with the guys to structure the songs and fulfil them to the potential I knew they had. I concentrated a lot on melody and helped the guys take those long jam sections and knit them together to create a complete track. From a producer’s point of view, I haven’t had that much fun in ages.”

Being a two-piece, Hellcats music is unashamedly raw and their live performance is full throttle, which is exactly what Audio Militia wanted to capture as Craig Hawkins explains, “We kept the production straight-up – two entities filling up the audio spectrum, one riff, one drum groove, one vocal trying to get into your brain and shake it relentlessly. We also kept the format true to a two-piece. There is no bass recorded and everything comes from only two guitar takes. The drums were not replaced or tightened, and I worked with what we recorded. Although we could have gone to town on the production and layered it with synths and bass and augment the drums, multi-layer the vocals and work out a million harmonies – we kept it simple and tried to show the aggression and power we witnessed from the band just thrashing it out.”

Guitarist Warwick Rautenbach has the final say, “People are going to get laid to this album.”

And we all know he’s right! 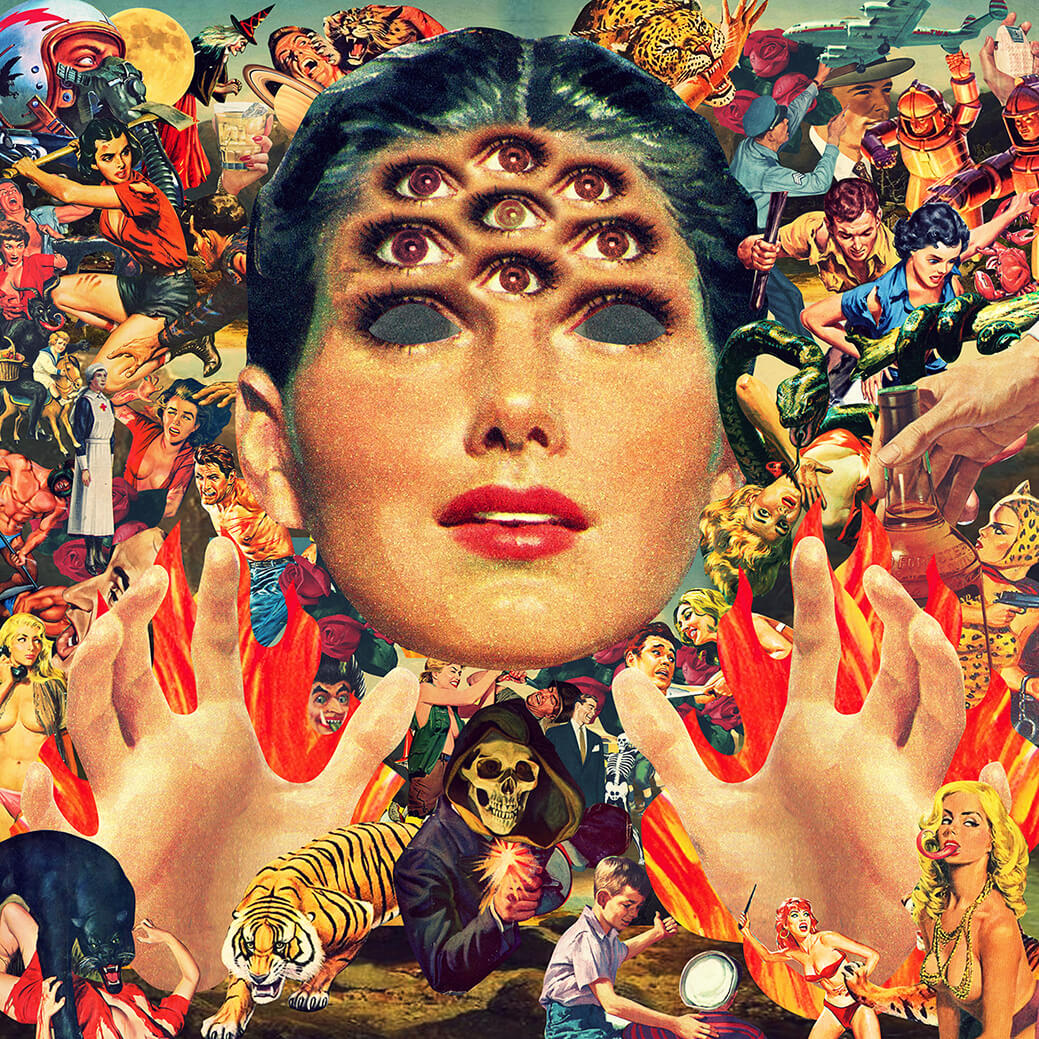 6. Leaving With A Hole

7. Something Wicked This Way Comes

8. Wish You Were Dead

Hellcats will be celebrating the release of the album with appearances at Up the Creek and Saggy Stone Beer Festival, a nationwide tour with Shadowclub and opening for legendary goth rockers The Cure when they tour South Africa in March. 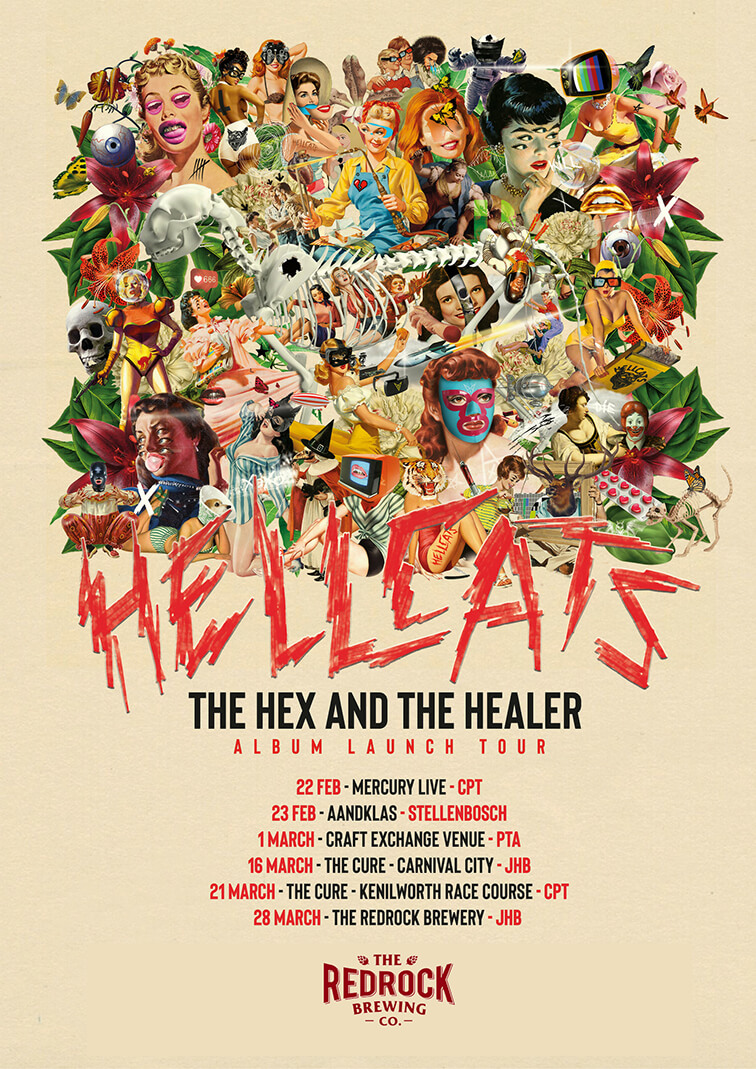 Alessandro Benigno (drums and vocals) and Warwick Rautenbach (guitar) started the band in 2014 and played their first gig at the famed Arcade Empire in Pretoria. They only had one song when they were asked to play that gig, so they wrote 8 tracks in two weeks leading up to it and came out the gates swinging. That’s kind of how things have rolled ever since. Hard and fast. Their sound is exactly the same, driving riffs and wailing vocals, with a clear ‘70s rock influence. Filthy. Uninhibited.

In their short time together, the boys have torn through the local underground scene as well as held their own on big stages, playing with local hard hitters at top venues all around the country. Since then they have obliterated stages and festivals across the country, including headlining Mieliepop and playing Rocking the Daisies, Lush Festival, Oppikoppi, Park Acoustics and various other SA festivals.

As of 2018, Hellcats has the privilege of opening for international giants INCUBUS on their SA tour, as well as opening for the Australian duo DZ DEATHRAYS and SEETHER on both of their SA tours.

To date Hellcats have released 4 EP’s in the “Coffin Full of Hellcats” series (Volume 1,2,3 & 4), as well as a 9 track B-sides album “A Coffin Full of B-sides”. All of which are available on all music platforms.