There are many words that could describe the strange genesis of Man as Machine. Some may say that it was a series of misfortunate events, whilst others may say that it was the opportunistic circumstances of the ‘Do Band Up’ shambles that brought the band together. Perhaps it was the mercurial workings of fate or the embattled paths of rock n’ roll that brought this quartet together. Nevertheless, and if the end justifies the means, after a short break it’s safe to say that Man as Machine are back with their blazing new single 4BDs.

“This song has been sitting on the shelf for some time. It is one the songs we wrote just before our incidental hiatus. With Man As Machine returning to relative stability, and having passed the decade mark since our creation, we decided it was high time to release something new.” Comments the band on the origins of the track. They go on to add,” The song is about hallucinations, disbelief, and the idea that our wildest dreams are often not what we expect them to be.”

Man as Machine boasts a powerful ensemble in its members. Comprised of Rob Visser on wailing lead vocals, Xavier Knox on the groove-infectious bass, Norden Hartman on the soulful rhythm and lead guitar and KJ Forde on the drums, the band has established itself as a heavyweight on the South African alternative music circuit. They have distinguished themselves from their counterparts by producing music that stubbornly refuses to be wrapped up in a box. The music is a fluid concoction of countless musical influences that seamlessly epitomizes the soul of rock n’ roll whilst deftly touching on the unmistaken heritage of blues and country. Similarly, as a quartet, the band combines the maturity of a formal music background with a rambunctious uninhibited love for their music.

To match their distinct and original take on rock n’ roll, Man as Machine delivers a relentless live performance. Their stage presence, audience engagement and high levels of ceaseless energy leaves audiences rattled and excited as if they watched a nuclear explosion without their UV specs on. The band wanted to capture this with the video for 4BDs, which was filmed and edited by Chris Preyser at their recent opening slot with American rock giants Crown the Empire.

“The video is our attempt at showcasing Man As Machine’s live performance energy. Filming a live recording, even with recorded audience sounds, never quite achieves replication of a live experience. By blending the ideas of a “performance” music video and a live performance, viewers who have never seen us before can have a better idea of what it’s like.” They explain.

4 BDs is available now on all digital platforms including 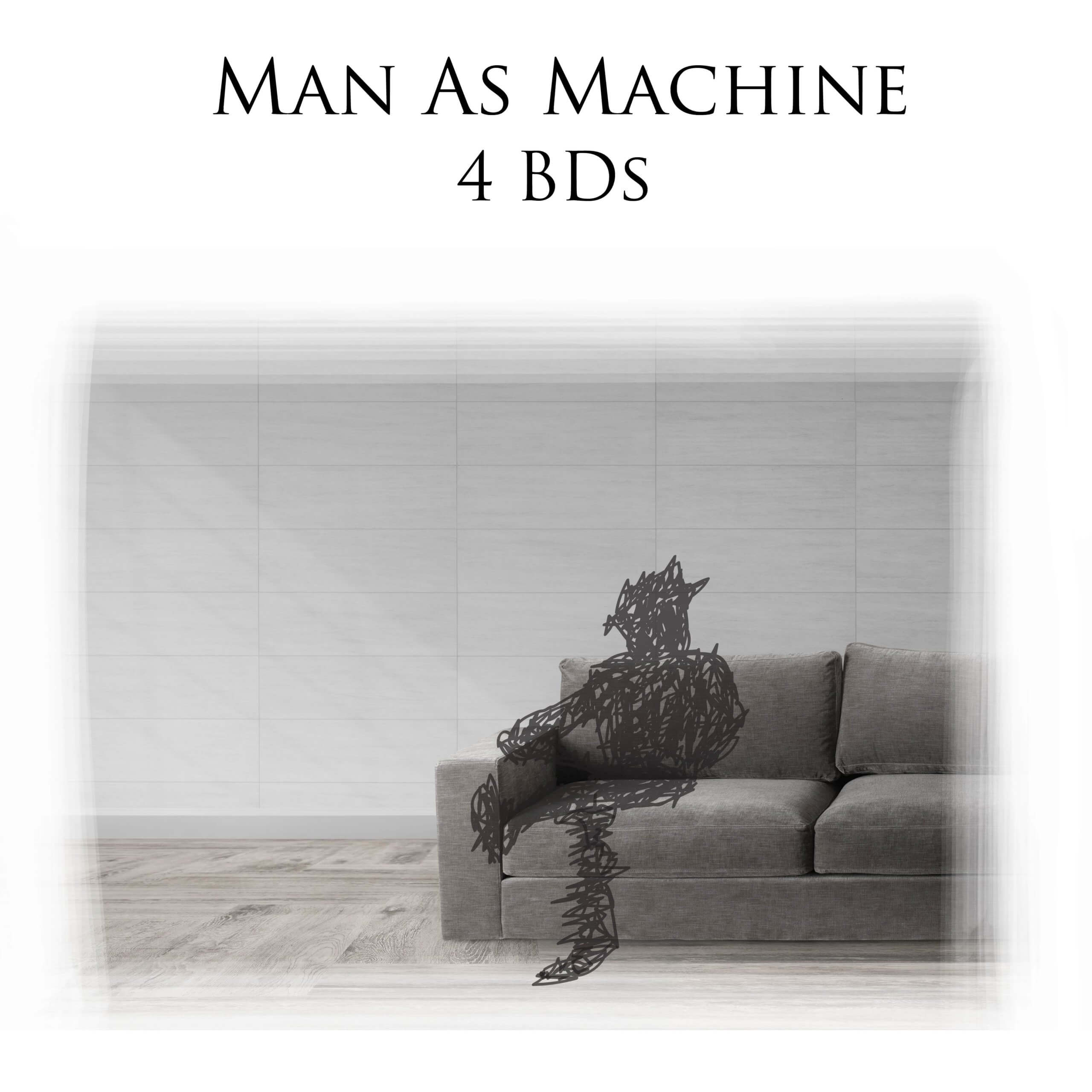 Being a regular gigging/touring band over the last 10 years, MaM have shared the stage with touring international acts such as Dead Letter Circus (AUS), Protest The Hero (CAN), Crown the Empire (US) and alongside some of South Africa’s pre-eminent bands such as Prime Circle, Fokofpolisiekar, Lark and Van Coke Kartel. They have been featured in many of SA’s top festivals such as OppiKoppi, RamFest, Synergy, among others.

Man as Machine launched their debut album, “Nothing But A Thing” in late 2011, and launched another release in March 2015 titled, “Patterns”, which is available for free download from their website, www.manasmachine.com