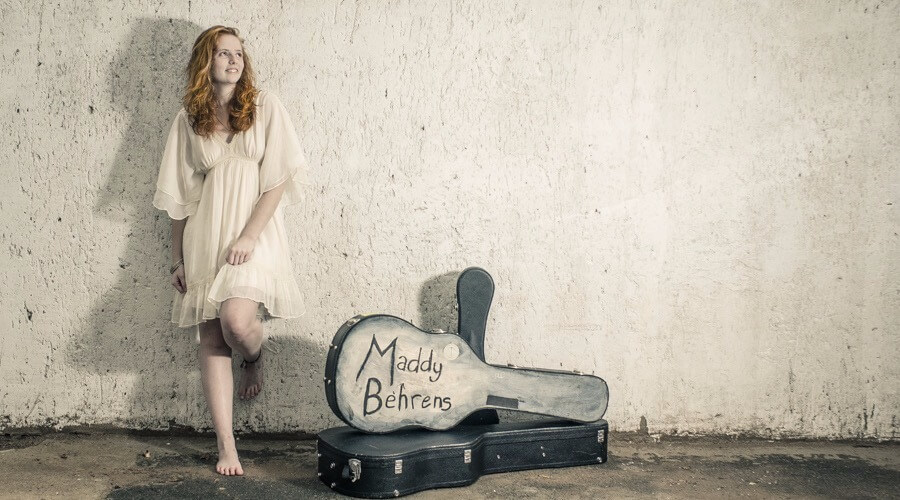 Maddy Behrens is a South African Singer, currently living in Johannesburg. She started out her career in her Hometown, Newcastle, NKZN, playing at local bars with the help of Angus Burns. Playing every so often, she moved to Johannesburg, and in 2012 played at White Mountain Folk Festival’s open mic slot. From there she played at TJ’s in Mark’s Park, and O’Haggens, JHB.
She spent 2013 and 2014, her grade 11 and Matric year, busking outside NeighbourGoods Market in Braamfontein where you can now find an array of musicians and buskers every week.
She continued to expand her horizons, playing at more local bars and old music bars such as Tanz Live. Still playing at Rumours, she plays Fourways Farmer’s Market, Social On Main, The Linden Market and a few others popping up every other month. She played atPark Acoustics in early 2016 and Oppi Koppi 2016. Her two singles are out now on YouTube; Layla and Sweep Me Off My Feet.