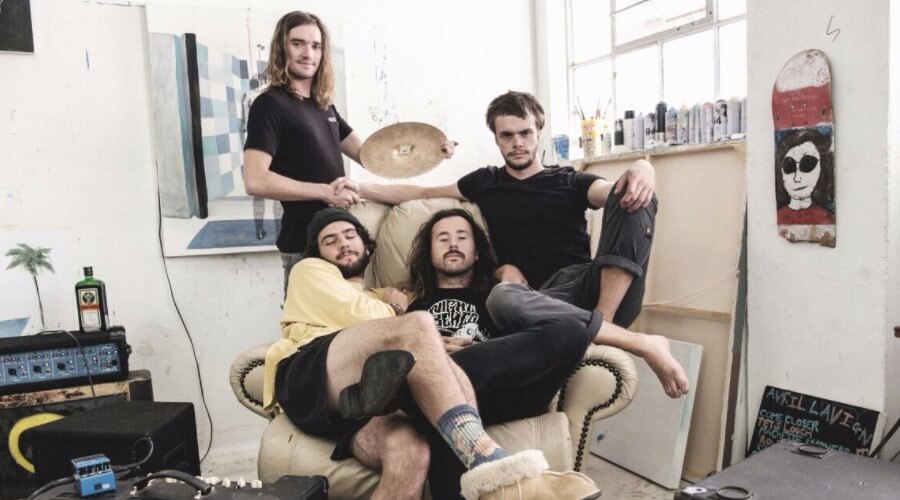 Retro Dizzy is a psychedelic surf rock band. Formed in Hermanus, the group now resides in Cape Town and is part of the ever-growing psych, garage and surf scene within The Mother City.
The band is Nicolaas Rossouw on drums, Stuart Dods on bass and backing vocals, Andre Vlok on guitar and Richard Liefeldt on vocals and guitar.
After performing alongside American pysch and garage rock legends Allah-Las and Black Lips, RETRO DIZZY rounded off 2015 by tearing the Campsite Stage at Rocking The Daisies apart.
Six months after forming the band they recorded their debut album, ‘Youth Is Like A Loaded Gun’, which was released to much acclaim in the underground scene, with the songs ‘James Dean’ and ‘Blasphemy’ being the high points of the record.
They progressed quickly from a more classic rock genre to a more garage and surf orientated sound, evident on their second album, ‘Creatures of the Black Desert’. The album was released in 2015 to much praise with The FUSS calling the album, “One of the best psychedelic albums to ever come out of South Africa.”

Now, with the release of their third album “JUST RELAX”, they’re looking to expand their reach to the rest of the country with a nationwide tour in March that culminates in their performance on The Main Stage at Mieliepop Festival.

“JUST RELAX” will be available to purchase at all gigs and festival and to download and stream across all major digital stores (iTunes, Apple Music, Deezer, Google Music etc) from Friday the 17th of February 2017.