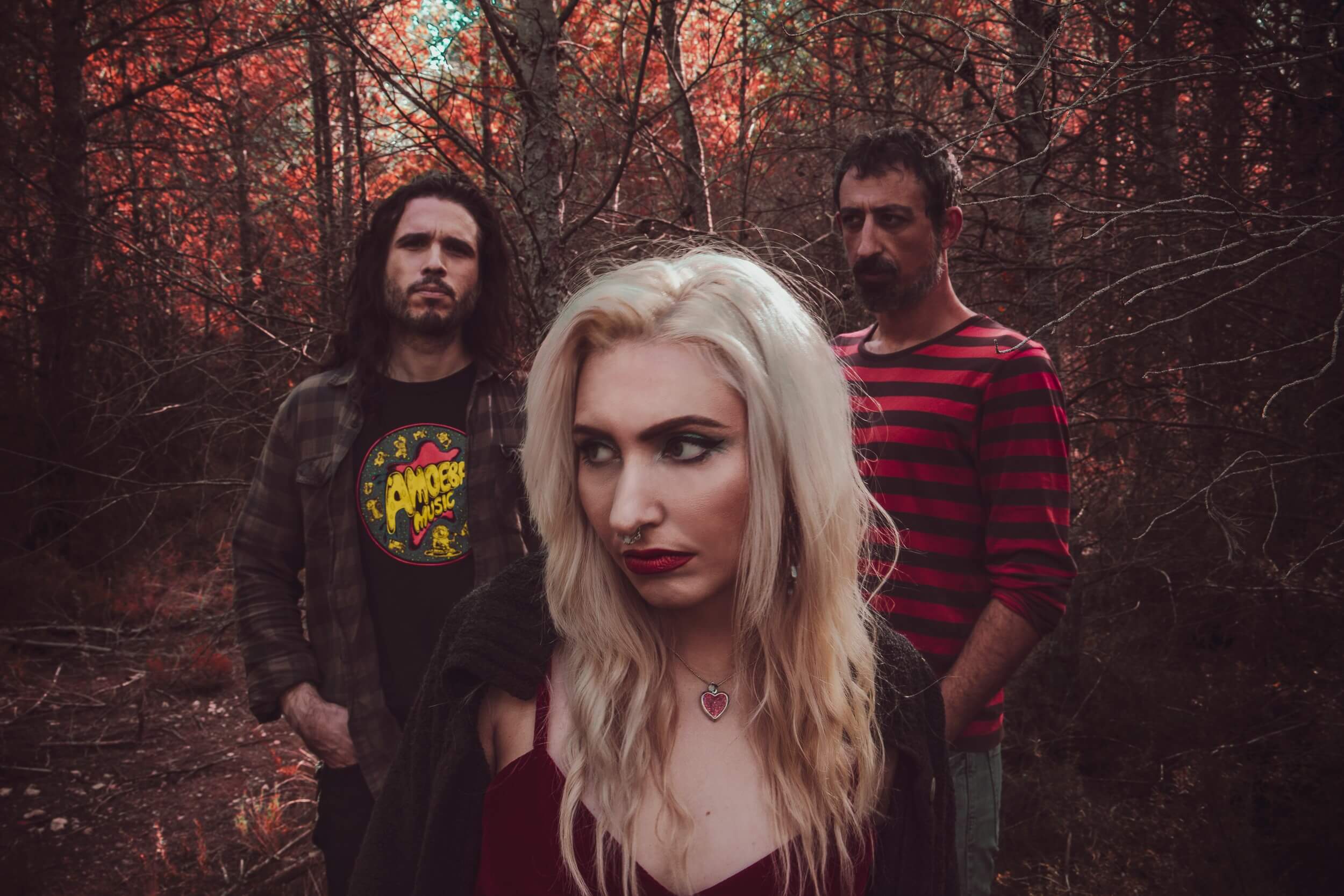 Spanish sludge rock trio originally formed in Alicante (Spain) circa 2013, featuring members of Pyramidal (Lluís Mas) and doom metal act Hela (Mireia Porto) and Elena García. Their take on the stoner genre is a furious and eclectic blend of influences ranging from Sonic Youth to the Melvins, showcasing brooding & atmospheric vocals laced with insidious and heavy riffs. Rosy Finch breaks out of the mould and take the listeners on a completely different path than the one usually expected from a band of this genre.

2019 saw a line-up change during the recording of the new album, with Oscar Soler (Domo, Pyramidal) and Juanjo Ufarte (Grajo, The Dry Mouths) taking over bass and drums duties. The new formation has created a new heavy sound where singer and guitarist Mireia Porto finally seems to be in her element transmitting her darkest emotions.