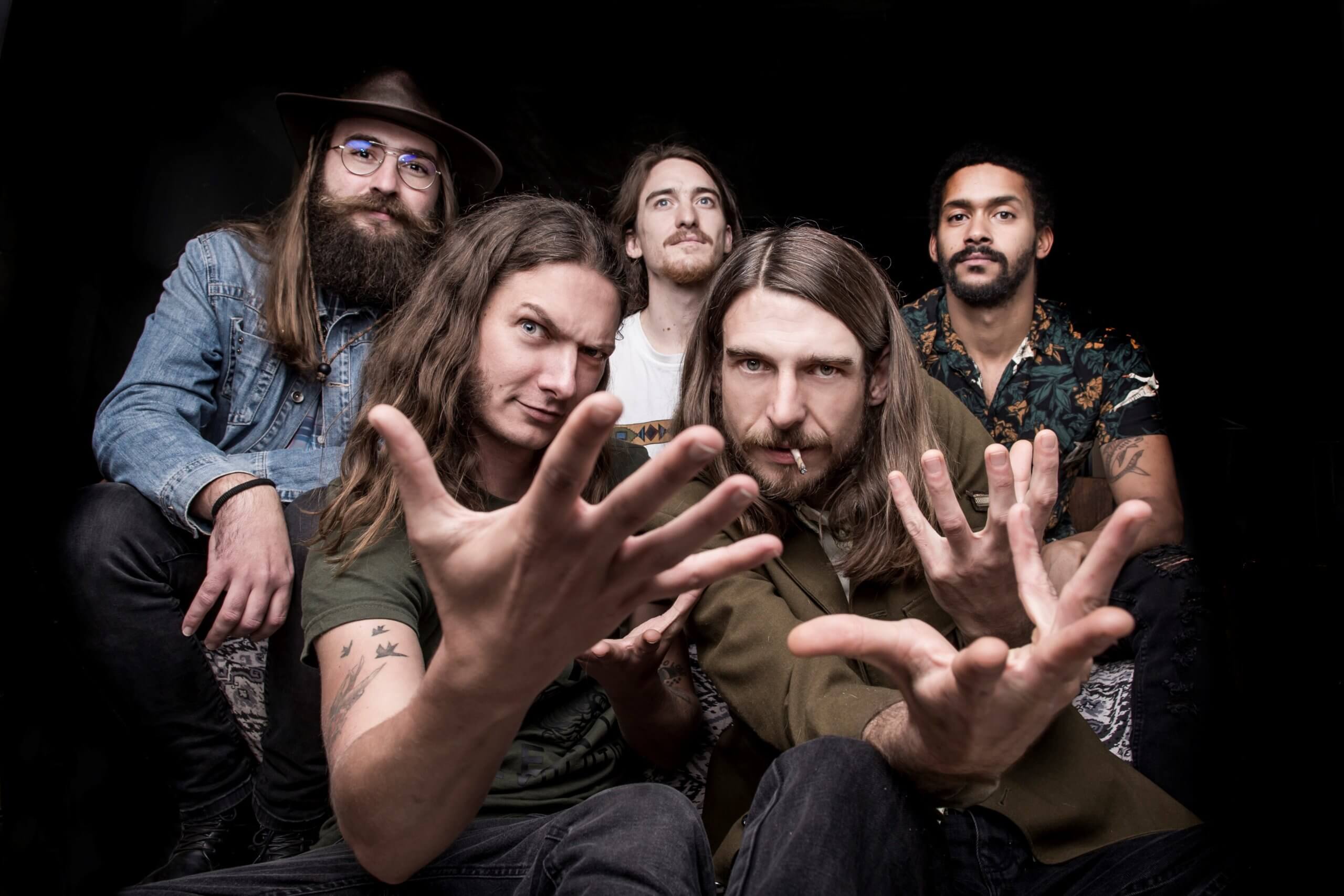 Ruff Majik has never been a band to do the same thing twice. From trying out different production styles for every release, playing mixtures of genres ranging from soul to black metal, to releasing a season-based EP series (later compiled into a full album), the band has always strived to keep themselves (and their fans) on their toes.

It should come as no surprise then that Johni Holiday has dreamt up yet another mad hatter type plan for their upcoming release.

After the release of The Devil’s Cattle in October 2020, the band found themselves at a crossroads. Ruff Majik had just increased their membership to a five piece, the album was well received critically, and sold well in terms of vinyl, but didn’t reach the lofty heights the band were aspiring to. As fate would have it, the band pressed for their first breakout release just as COVID-19 hit the world.

Says Johni: “It’s a bummer you know. We had just singed to Mongrel Records and had this festival ready album, with the best production value we’ve ever attempted, big eye-catching music videos, everything. And then the world stopped. I guess you could argue that we had a captive audience, hahaha, but I don’t think that’s completely true. The world was so oversaturated with online activity that everything just became engulfed. Too much news to follow, too many amazing artists releasing amazing productions due to their newly found time off. Just too much of everything. Being able to tour would have made a world of difference.”

The band needed to make a plan to ensure their future endeavours would generate some heat. So, what then? What is the logical step forward for a small South African band, still hell bent on world domination, but humbled by a global pandemic? Enter PULP – Ruff Majik’s rebirth, re-brand, and singles campaign. Based on the idea of early 1900’s pulp fiction magazines, which are described as:

“A genre of racy, action-based stories published in cheaply printed magazines from around 1900 to the 1950s. It got its name from the paper it was printed on. Magazines featuring such stories were typically published using cheap, ragged-edged paper made from wood pulp. These magazines were sometimes called pulps.”

Says Johni: “So then the idea hit me. I’m a consumer of all things crazy, b-grade and wonderful. Our band name even came from a failed pilot for a b-grade adaption of an H.P. Lovecraft story (Rough Magik). One thing I’ve always been very invested in was the history of pulp fiction, not the Tarantino film, but where it actually got its name from. Just these crazy stories that were printed in mass on terrible, low grade paper, that gave rise to many different genres of fiction, and were even the ancestors of comic books. I always kind of felt like that was what Ruff Majik was doing with our music, we were always playing ‘pulp rock’. It just didn’t come out regularly enough and lacked the storytelling capacity that a short novel would. So, then I thought, why not have comics? Why not have animated features to go along with the singles and give us a sense of the world around the music? Why not turn us into an animated band, like Dethklok or Gorillaz?”

Therefore, Johni set forth to create a universe of pulp literature, to go along with their music, old and new.

The new PULP series kicks of today with a web comic telling the story between their videos “Who Keeps Score” and “Swine Tooth Grin”, along with a visualizer video for “Swine Tooth Grin.” The single is the second to last to be released from their album “The Devil’s Cattle”, and features undertones of the blues with battering heavy riffs. It will also be the final single to feature a non-animated video (at least for a while).

This will be followed up on the 30th of July with another interim comic and an animated music video for their single “Heart Like An Alligator”.

From there, the band plan to start releasing a monthly issue of “PULP”, which will chronicle stories from their past and future discography, released along with a range of animated music videos. The comics will feature the band, including all members and recording members, some other South African musicians, and even musicians in the greater stoner/desert/doom/rock scene.

The newest singles will form part of a full album set for release in 2022 and will be released on a monthly basis along with videos, short online comics and exclusive merch. A release date has been set for June 2022, and announcements thereof and a pre-order are said to follow “soon”(along with the launch of a Kickstarter campaign). What we do know is that the full vinyl/CD release will include multitudes of artwork, as well as a full print version of PULP with all the monthly online comics compiled into one.

If you want to keep up with the PULP chronicles, follow Ruff Majik on Webtoons, Facebook and Instagram, or check out their website for all relevant links. You can also buy merch for the current singles, with artwork centred around new PULP characters, monthly from the band’s Big Cartel storefront.

If you want to contribute to the creation of PULP, you can keep an eye out for their Kickstarter campaign which is launching soon.

If you want to contribute or assist in any other way, you can contact the band at: ruffmajik@gmail.com

The Devils Cattle is out now on Mongrel Records, available on 140g vinyl (single gatefold with splattered coloured vinyl and a pull out A2 poster) and Digipak CD via Just Direct (South Africa) and Black Farm Records (Europe / North America) 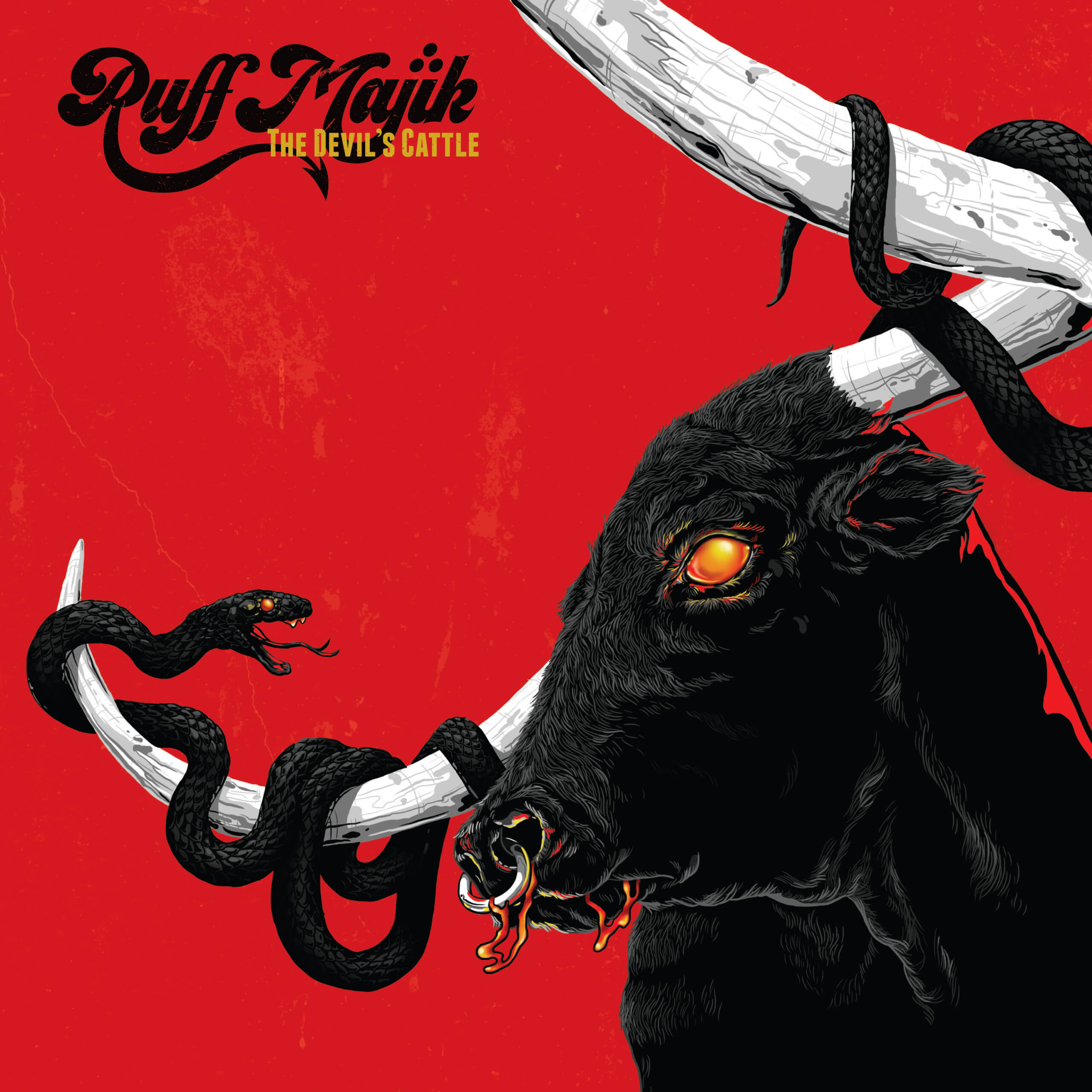