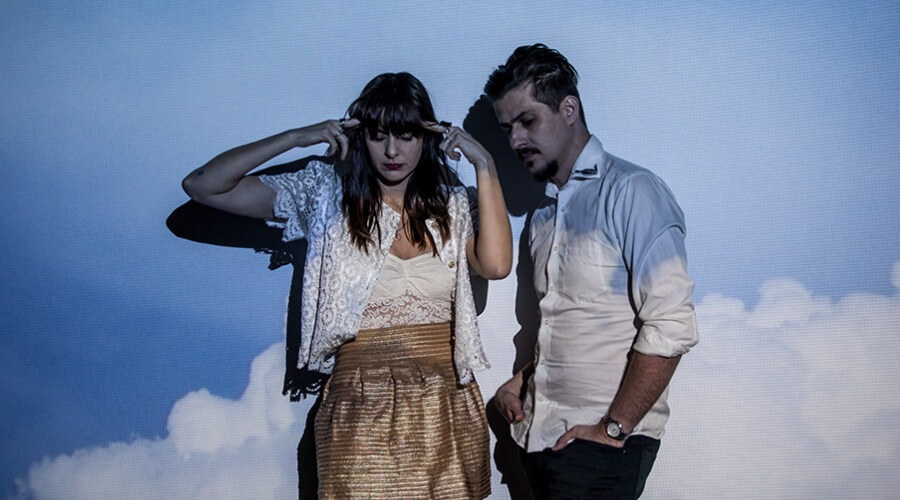 Shotgun Fakes is the alt-pop love child of Pamela and Stefan Myburgh. Their sound is honest and packed with groove that gurgles beneath the magnetizing vocal of Pamela and the next level production style of Stefan. Some have described their debut single ‘Slow Motion’ as ‘making you want to fall in love again.’ Others have described their sound as edgy, energetic and soulful. But according to the band’s perspective, their music perfumes a sense of hope and courage into the listener’s soul. You can’t help but to irresistibly sing a long and be moved by the touch of romance and uplifting of heart.
The band are currently hurdling through their self inflicted challenge named ‘5’ A campaign designed by the band to release 5 new songs, over 5 consecutive months, in 5 different global cities. Part 1 was hosted in Amsterdam with part 2 following in London. Cape Town is scheduled to be the city for part 4 of 5.
In May 2015, Shotgun Fakes were selected by COKE Studios to join the first season of Coke Studio ZA where they created a killer collaboration song called ‘Pick Me Up’ with SA hip hop mogul Riky Rick. ‘We made our first public debut on TV with this show and are very proud of the work that we did with Riky,’ comments Stef.
No strangers to collaborations, Shotgun Fakes were also featured on ‘I believes in me’ the 2nd Quadrant by iFani with their track, ‘Incurable Dreamer.’ Recently, the duo has finished producing and composing a feature track with Tresor, ‘Never Give Up’ which is due for release early in 2017.
Shotgun Fakes has also have had the honour of composing and producing for many South African artists namely, Zahara ‘Stop the Night,’ Karabo ‘Hard to get,’ and producing for Rowan Stuart, ‘Silver Balloon,’ MT Seas, ‘I can’t,’ and Eden Myrrh ‘Lost in You.’
After the dismembering of Pamela’s successful SA pop band, ‘The Arrows,’ the wedlock pair courageously decided to start over and build their new brand from the ground up. ‘New name, new sound, new perspective,’ explains Pam, ‘I was obviously advised by many different influential and business minded people to stick to the brand of The Arrows after having built it for 8 years, but…something didn’t feel right about that. I never started that band as a business venture and it made no sense to turn it into that. I wanted to have a sense of celebration for that chapter in my life and all the special things that had happened to these silly 2 girls from Durban. I wanted to be bold enough to leave it there, rather than to recycle it and turn it into something else in the name of business. I am a musician after all, I follow my heart or I am dead anyway!’
For most of 2016 the band has been gigging and writing music in the UK.