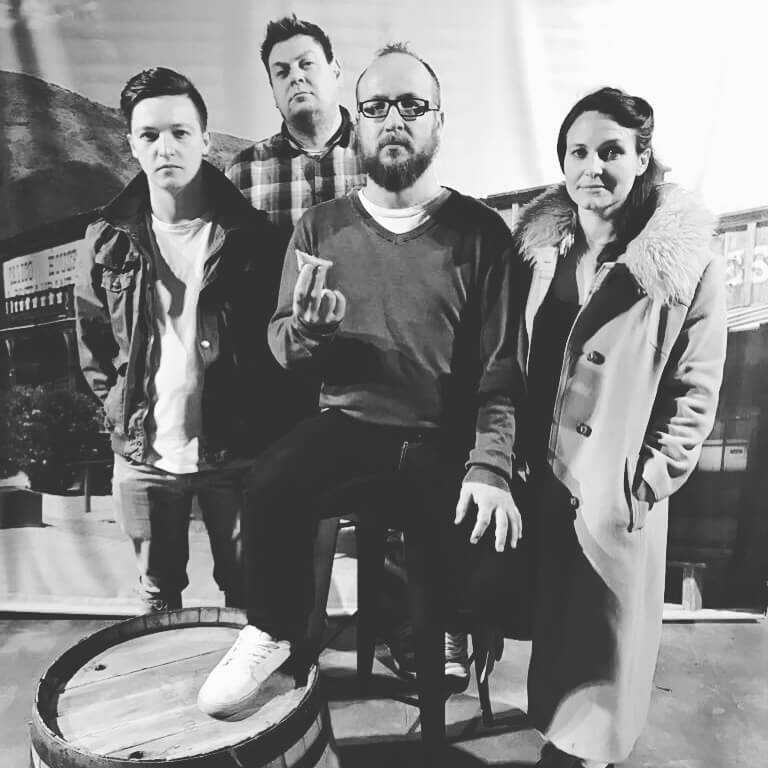 Shotgun Tori & the Hounds is an alternative indie/folk band from Johannesburg, South Africa. They make music to move you, and to move to. It’s honest-to-goodness, raw, foot-tapping road-trip music for warm-bodied, hot-blooded humans. Four years in the making, today sees the release of their independent, crowd funded and self-titled new album.

Victoria de La Harpe (Vocals, Acoustic Guitar) comments on the lengthy recording process of the highly anticipated album,” It’s been an evolution. Shotgun Tori & the Hound started crowd funding (as a duo) in early 2015 for an EP that was to be recorded in NYC. Due to a few roadblocks, and with the crowd funders support, we changed direction and recorded a full-length, full-band album in Johannesburg at The Bass Station with Barry Berk. Guest artists on the album include Kobus de Kok Jnr (Black Cat Bones), Lucy Kruger, Laurie Levine, Brad Wooldridge (Crystal Park) and Bronwyn Krige (Them Particles).”

She goes on to add, “The songs are stories of moments in time – I feel that the writing of them pulled me through some hard times and I hope that they can do the same for somebody else.”

Guitarist Fred van der Merwe has the last word, “I couldn’t be prouder of the album we made. I put my heart and soul into these songs, and the end product exceeds the expectation of how I always thought the songs could sound. Listeners aside, we made an album I love listening to”

Shotgun Tori & the Hounds is available now on all digital platforms including:

Put Your Back Into It

The band is an amalgamation of stalwarts from the local folk scene, including singer/songwriter Shotgun Tori, and Fred, the original Hound (of Crystal Park fame). Between her sweet, road-worn vocals and his guitar-driven melodies, what you get a fresh soulful mix of country and folk, dynamic in execution and ambitious in range.

Blood, history and a mutual love of the genre brought the band together. Between them they have played almost every festival on the South African musical landscape, and whilst we couldn’t quite call them a supergroup (that would imply fame and/or success), every member of the band is (or has been) in another band.

In the words of someone who knows music (and who isn’t in this band or in any way a blood relative of any members of the band), the songs are ‘strong and soft and playful and vulnerable and defiant.’

So, wind your windows down, turn up the volume and hitch a ride. The adventure is just beginning.