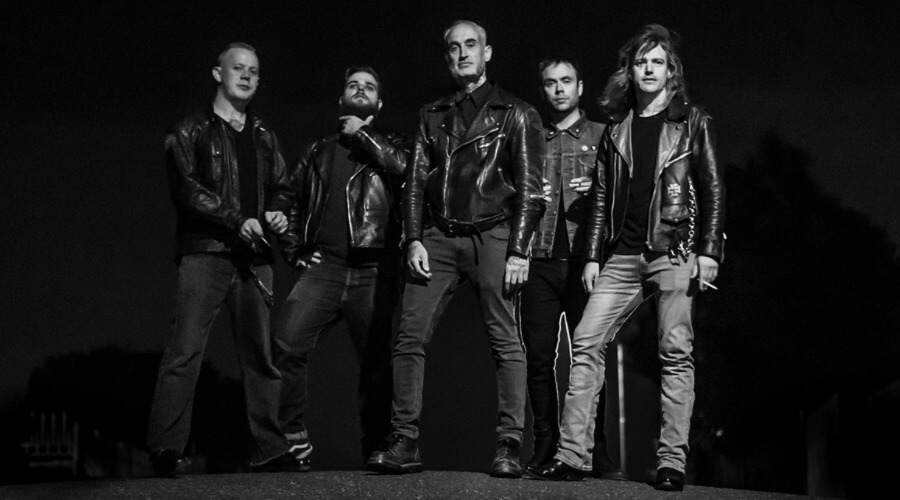 “The SlashDogs do things differently from other South African bands… they don’t give a F**K about conforming to the current `standard` rock feel that their competition is putting out. They went back to the roots of real `Rock And Roll`, learnt from it and began to play real rock and roll.” (rockpulse.co.uk)

Its down and dirty, whiskey soaked, sweaty and pure driven Rock N’ Roll. It is of the highest level and intensity. Initial influences included the likes of Motorhead and Zeke, poised with old school swagger from greats such as Chuck Berry and Johnny Cash. The band drew inspiration from classic rock ‘n roll but as the years went by, it was only natural to be exposed to newer, “heavier” and perhaps more musical influences. The Slashdogs have used this openness to burn new pathways down fresh creative avenues, with their unique take on Rock ‘n Roll growing, morphing and, dare we say “refining” with every release.

Formed in 2003 they christened the following year with the launch of a 7” vinyl entitled “Even preachers wear black”. The songs from this EP, which introduced them to the South African listeners, have a special place in the fans hearts and can now be referred to as the classics.

The first full length album “Spilled blood calls for vengeance” released in 2005 in South Africa and several countries worldwide was more refined, melodic and geared towards Classic Hard Rock. Notwithstanding the positive reviews, the album stirred quite a bit of controversy mostly due to the artwork, which conservative groups found “offensive”. The result was an instant classic album, with many of the songs becoming cult hits among the fans.

After a year of production, the third release, “Hunger” was completed in August of 2008. Best described as a mature, ambitious concept album, a musical quantum leap compared to their earlier material.
Touring extensively across the country in support of their releases, The SlashDogs took their music and message to the people. Their stunning delivery earning them the respect from their die-hard Jo’burg fans in particular.

In 2011, after extensive nationwide touring and subsequent lineup changes, the band took a break for a few months to concentrate on various side projects. Paul focused on his prog/metal/jazz project ION, with Henk and Ryan both writing and recording with ex-Slashdogs bassist Hugh Davison in The Means as well as solo projects. The year’s end was marked by a memorable sell-out show at the Alexander Theatre in Braamfontein to a rabid Joburg punk scene, seething to writhe in vicious harmony – together for their beloved Slashdogs.

2012 saw a return to form with all attentions focused on a new album and a fresh
approach. All 10 songs where written and pre-produced in under 3 months and energies within the band have never been more driven towards a common goal: to raise a proud and boisterous middle finger to all things cool and current in the fickle world of modern Hard Rock and write the album the band always wanted to.

It is by far their strongest and perhaps mature material to date, but critics beware – this band has by no means lost its ability to snarl and bite –
They’ve just been sharpening their teeth…