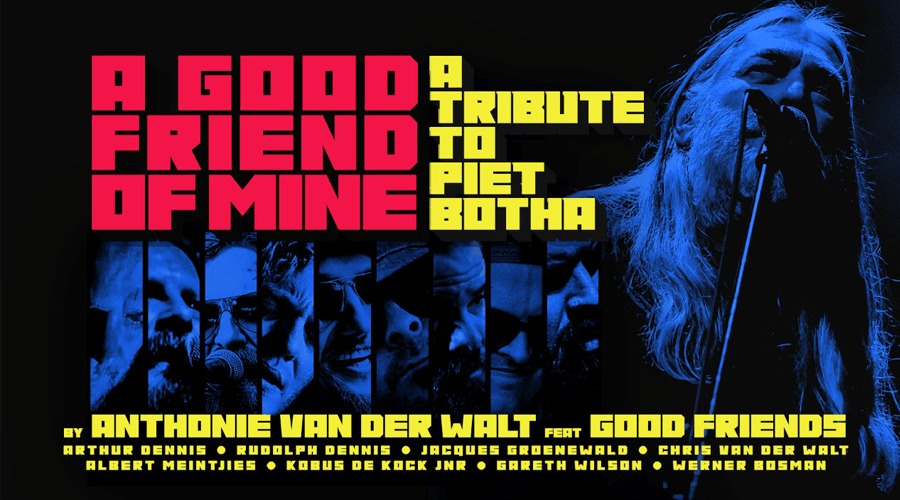 It has been more than two years since Piet Botha, one of South Africa’s most influential rock musicians passed away and his presence, outspoken opinions and fiery guitar solos are missed more than ever. Anthonie van der Walt, vocalist of new SA supergroup The Devil’s Party Band, who played guitar for Jack Hammer and grew up as family friends with Piet, took it upon himself to rework Good Friend of Mine, an old Jack Hammer classic and invited several of Piet’s close musician friends to feature on the track.

Piet played a huge role in every artist featured lives and careers and it was and they were all more than happy to get on board. Good Friend of Mine guests include Kobus de Kock Jnr ( Black Cat Bones ) Arthur and Rudi Dennis ( Akkedis ), Albert Meintjies ( Scicoustic ), Jacques Groenewald, Chris van der Walt ( Vulvododynia), Werner Bosman and Gareth Wilson ( Southern Gypsey Queen ).

It is a stirring rendition and a tribute to not only of this country’s greatest musicians but a goodbye to a good friend.

“Getting all the friends together in the studio just reminded us why we do this and what we play for. A Good Friend of Mine brought us all together again and the video captures the essence of our friendship, which is music.” – Anthonie van der Walt 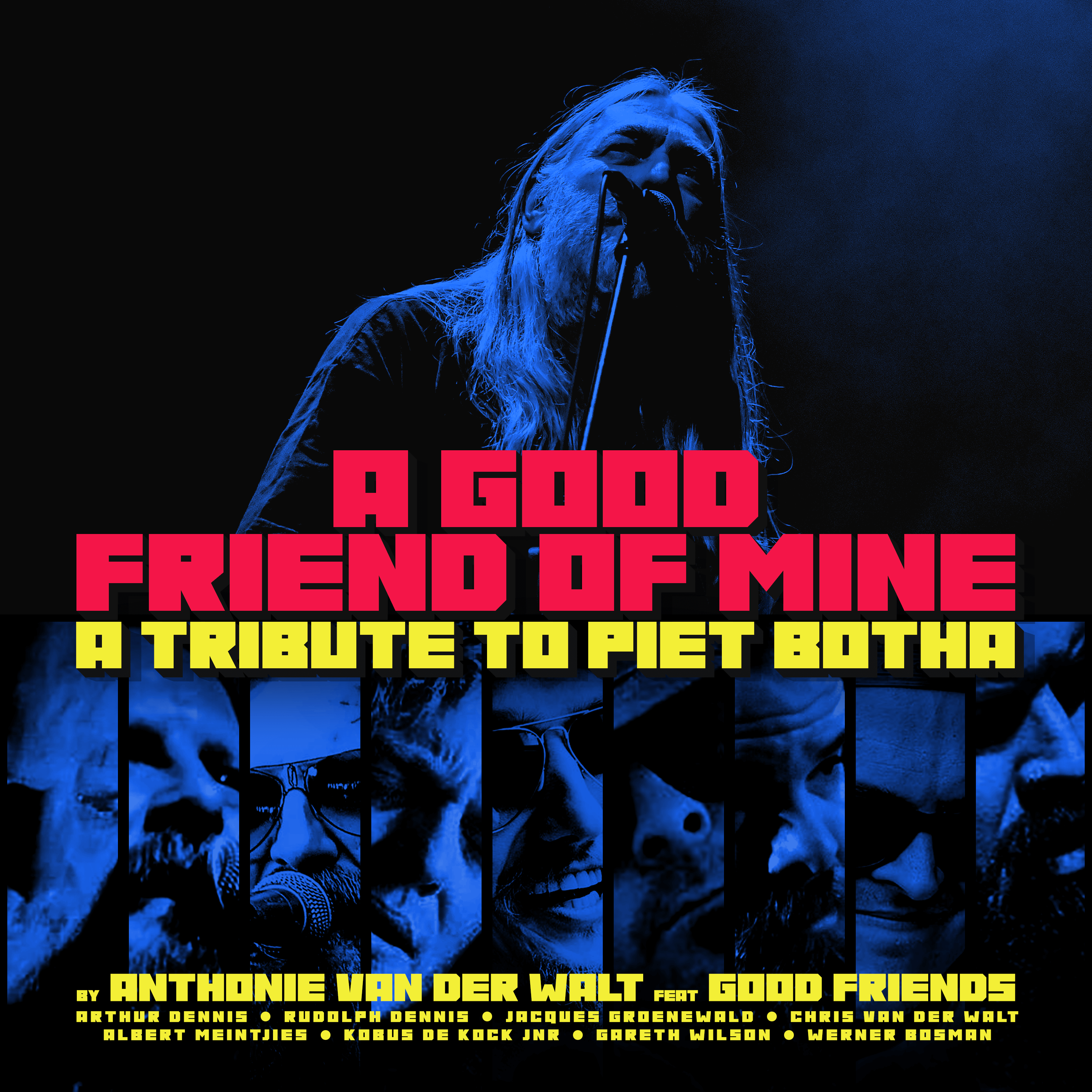