South African singer-songwriter Arno Carstens has kicked off 2019 by heading back into the studio with Fred den Hartog and Dane Taylor, the same production team that he worked with on his 2016 multi award winning debut Afrikaans album, ‘Die Aandblom 13’.

This time they bring you his new single Lift My Spirit, an unexpected and exciting new sound and his first English release since 2014’s Lightning Prevails. The track is a punchy pop song and a giant leap out of his comfort zone, offering the listener a break from what they would traditionally expect from Arno. Introducing a catchy but random erratic-ness, kind of like three seasons in one day and something fans are definitely going to want to get a taste of.

“Arno is a genius, a musical scientist, making records with him is like making true art.” Comments producer Dane Taylor from Taylor Sound Works on working with Arno.

Lift My Spirit is the first single off Arno’s as yet untitled 6th  solo English studio album, which will be presented digitally, in parts, over a series of months this year.

Arno explains the reason for releasing the new album this way, “The old way of recording albums has left the building.  With that in mind, I’m liberating the process of making music, by mixing the old and the new together, to streamline things into what I hope will be a higher level of productiveness. I’m looking forward to a type of controlled chaos rolling out as the year progresses.” He goes on to add, “As far as the vibe of the new material, I’m going to throw caution to the wind with my first single.  Expect anything and everything, or nothing.  I’m just making music that I like and it’s not really going to follow any preconceived ideas.  It’s kind of like the Wild West in music today, there are no rules.  It’s anybody’s game and a lot of fun if you embrace the crazy.”

Watch the video which was directed by Michelle Pretorius from Thinking Owl Films.

Lift my Spirit is a brash musical attack on the dispirited state of world affairs. It’s part mirror, part solution and part call to fuck it all. 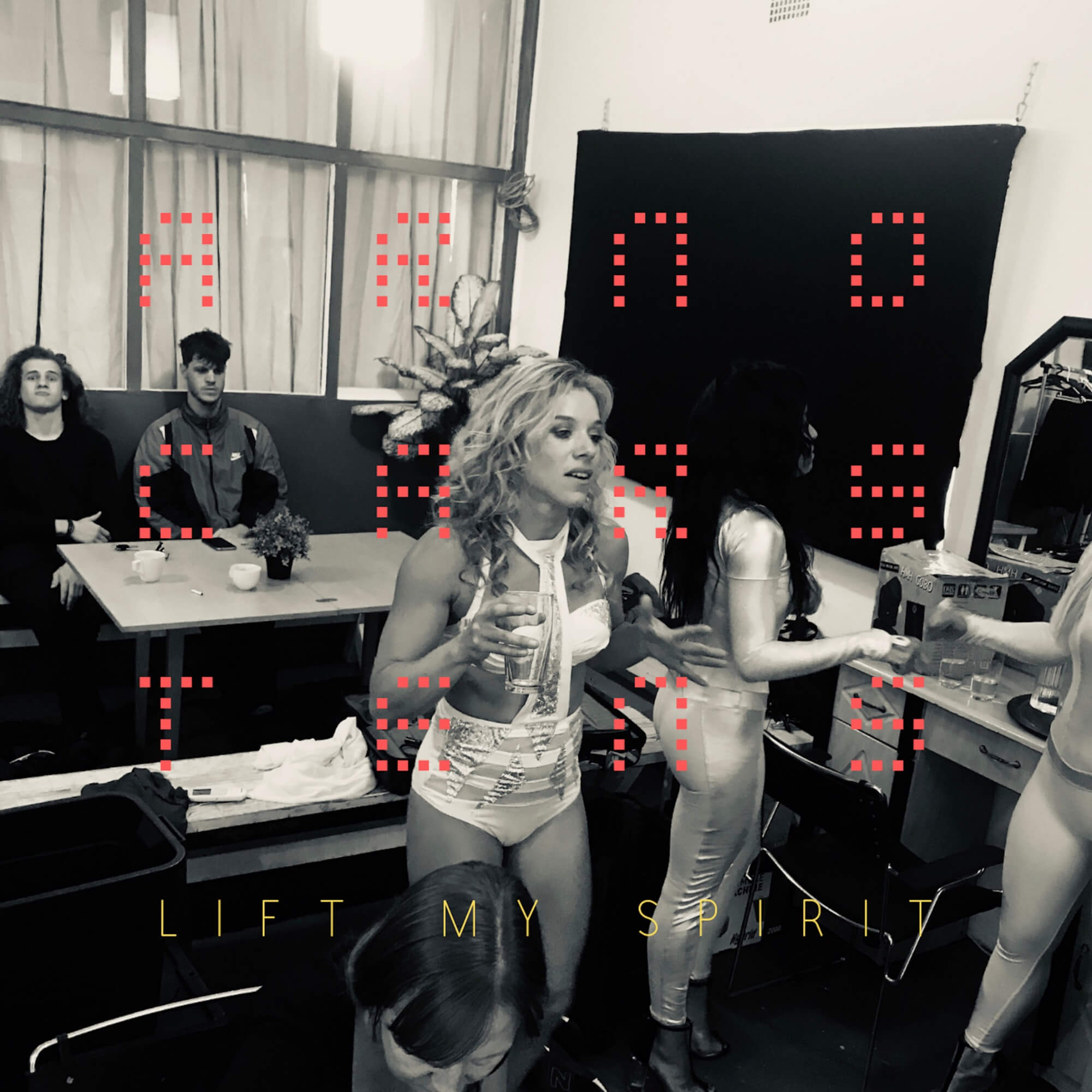 To celebrate the release of the single Arno has announced a nationwide Lift My Spirits tour. 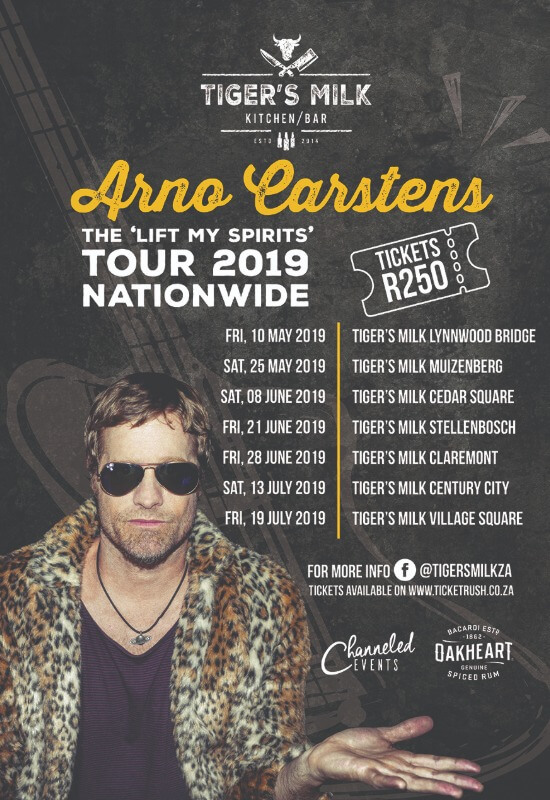 Arno Carstens is an award-winning singer-songwriter and fine-artist based in Cape Town, South Africa.

During his career as the lead singer of The Springbok Nude Girls, and subsequently as a bilingual solo artist; with recordings in both English and Afrikaans; Arno has released multiple albums, spawned a string of successful singles & received numerous awards including Best Rock Album, Best Alternative Album & Song of the Year.

Arno has headlined every major South African music festival, performed at the Isle of Wight Festival, Glastonbury, V Festival, T in the Park & Hard Rock Calling and toured with The Rolling Stones, U2, REM, INXS, Bryan Ferry, Simple Minds, Ultravox, Paulo Nutini and The Police.  Arno also features as lead vocalist and co-writer on three tracks on the Mike + The Mechanics 2011 album The Road.

Arno is also a celebrated fine artist who paints in oils or acrylic on canvas and draws with charcoal on paper.  He has collaborated with Beezy Bailey and the late Bared de Wet.  His work can be viewed and purchased online at www.arnocarstensfineart.com or in person via appointment in Simonstown, Cape Town at his home based studio and gallery.