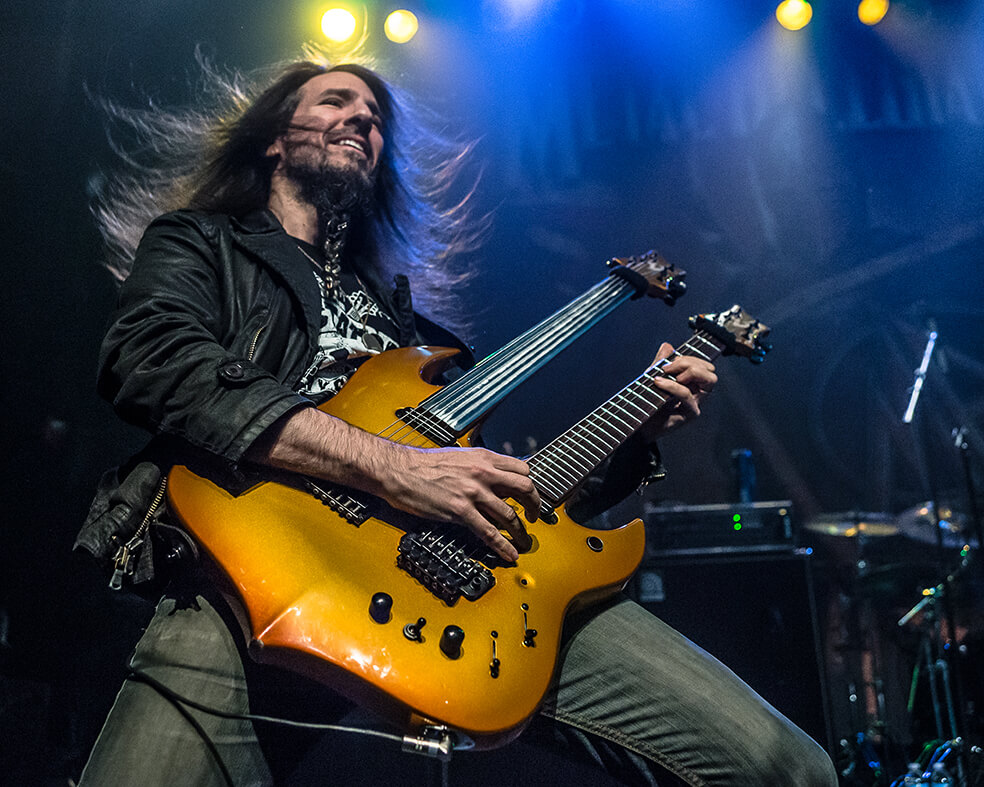 Ron ‘Bumblefoot’ Thal is an award-winning vocalist, songwriter, producer, and world-renowned guitar virtuoso, with over 25 years of releasing music, playing international festivals and headlining tours, and gracing magazine covers as a solo artist.

He has just announced dates and details for his first ever South African tour where he will be hosting two Master Classes (Cape Town and Johannesburg) as well as a full band show in Cape Town.

Bumblefoot comments on the tour,” This will be my first time in South Africa, hopefully the first of many more times ? I’m greatly looking forward to this introduction, getting to know everyone musically and personally at the concerts, jams and clinics!”

Bumblefoot is also an accomplished composer whose music is often heard in TV, film and video games, including the theme song to VH1’s “That Metal Show”. Bumblefoot is an Adjunct Professor at SUNY Purchase College teaching music production, works with U.S. Embassies around the world on cross-cultural music programs, has his own line of award-winning hot sauces, and works with dozens of international charities visiting orphanages and children’s hospitals around the world with guitar in hand.

Buy a ticket and share this link to qualify! 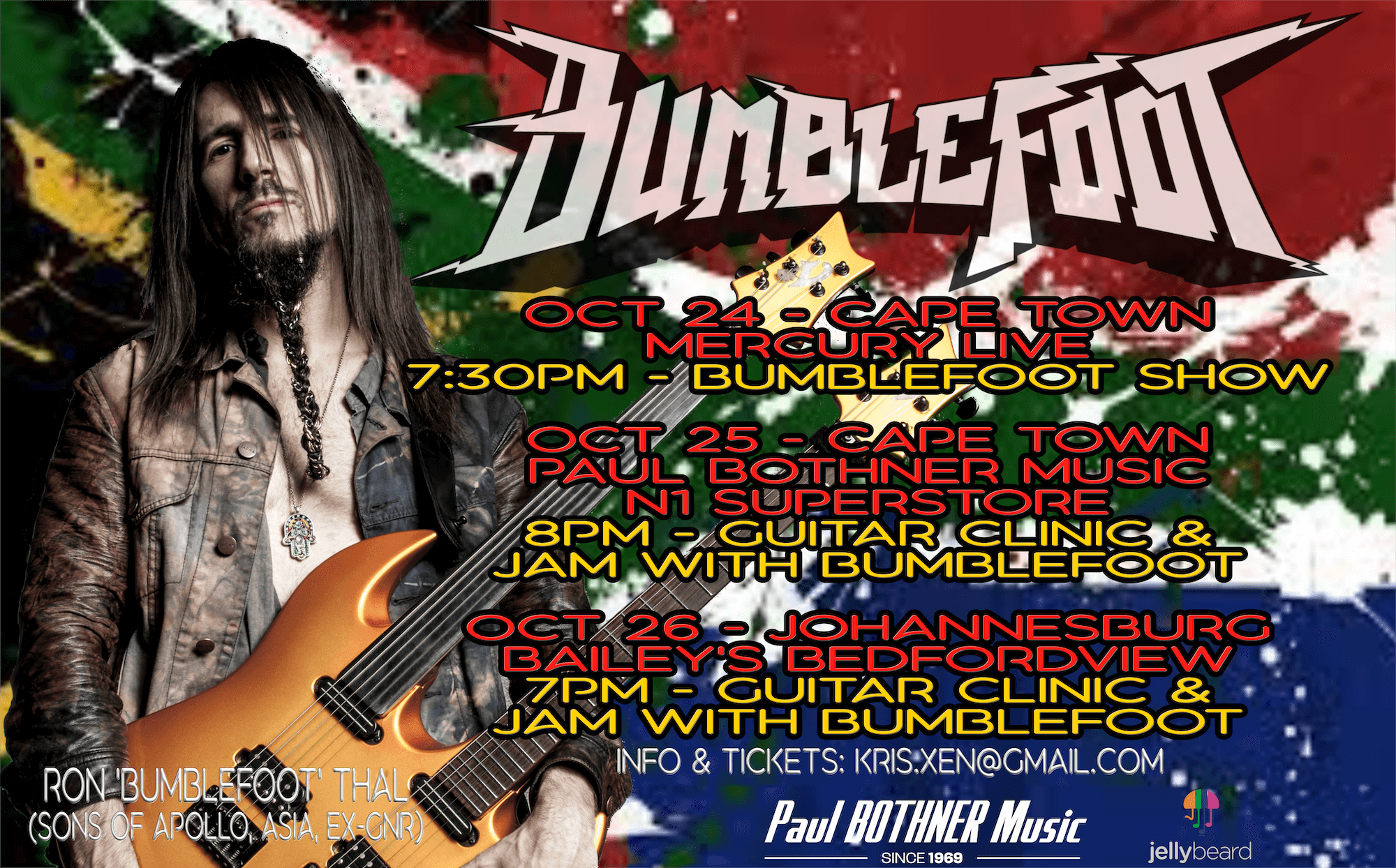