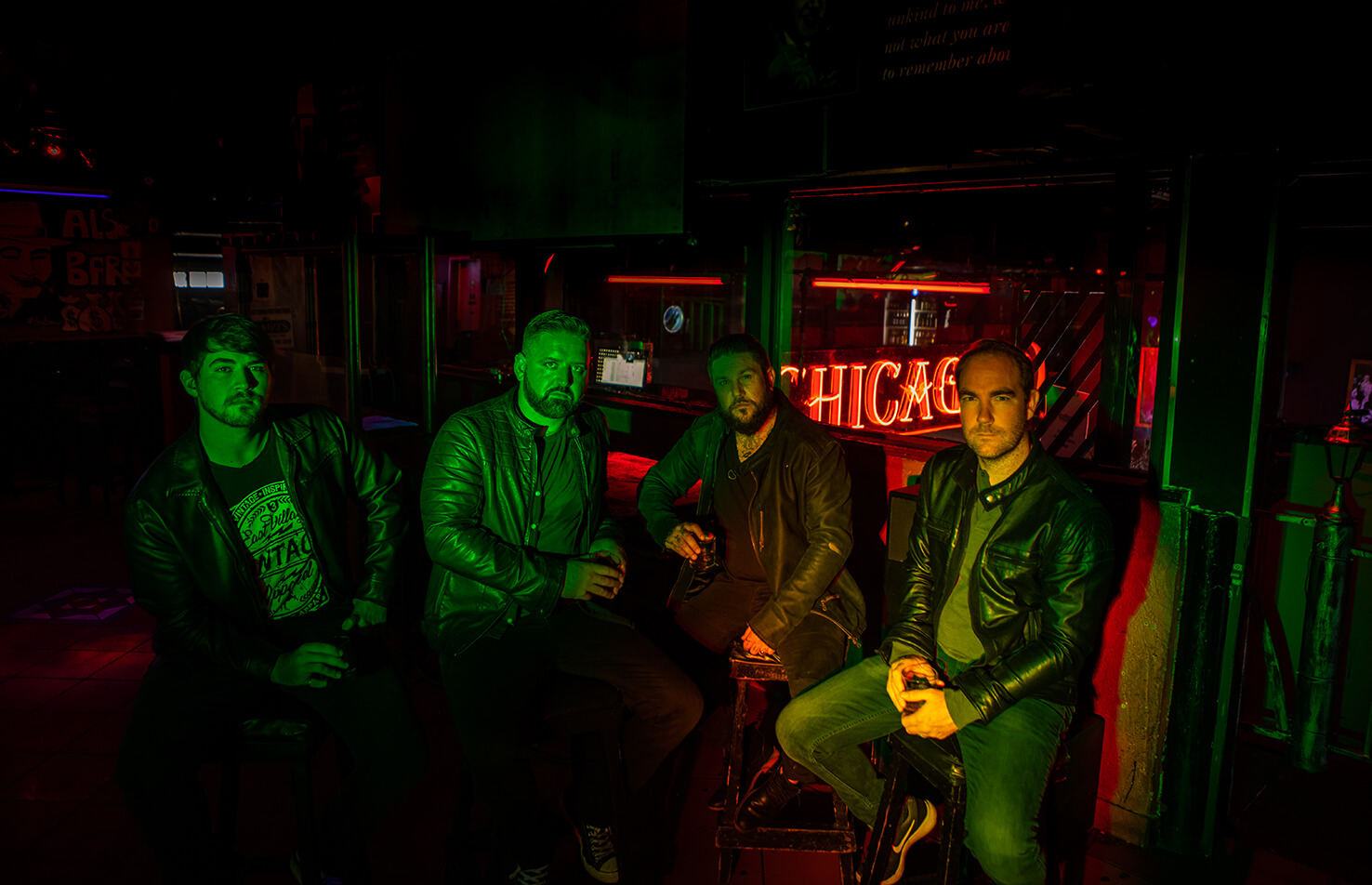 Breaking Point is the debut EP from Fear Of Falling, a hard rock band hailing from Johannesburg, South Africa. Having officially formed in early 2021, the quartet is already gaining the attention of rock fans and industry heavy weights alike, both locally and abroad.

“We are incredibly excited to share our Debut EP with the world – written and recorded during a time of great anxiety, frustration, depression and self-realization about the people we deeply care for, the EP comes from this place of isolation and represents these feelings. Fast Forward 6 – 8 Months and the world is alive again, and we hope that people love what we have written!” – Lloyd Timcke guitarist. 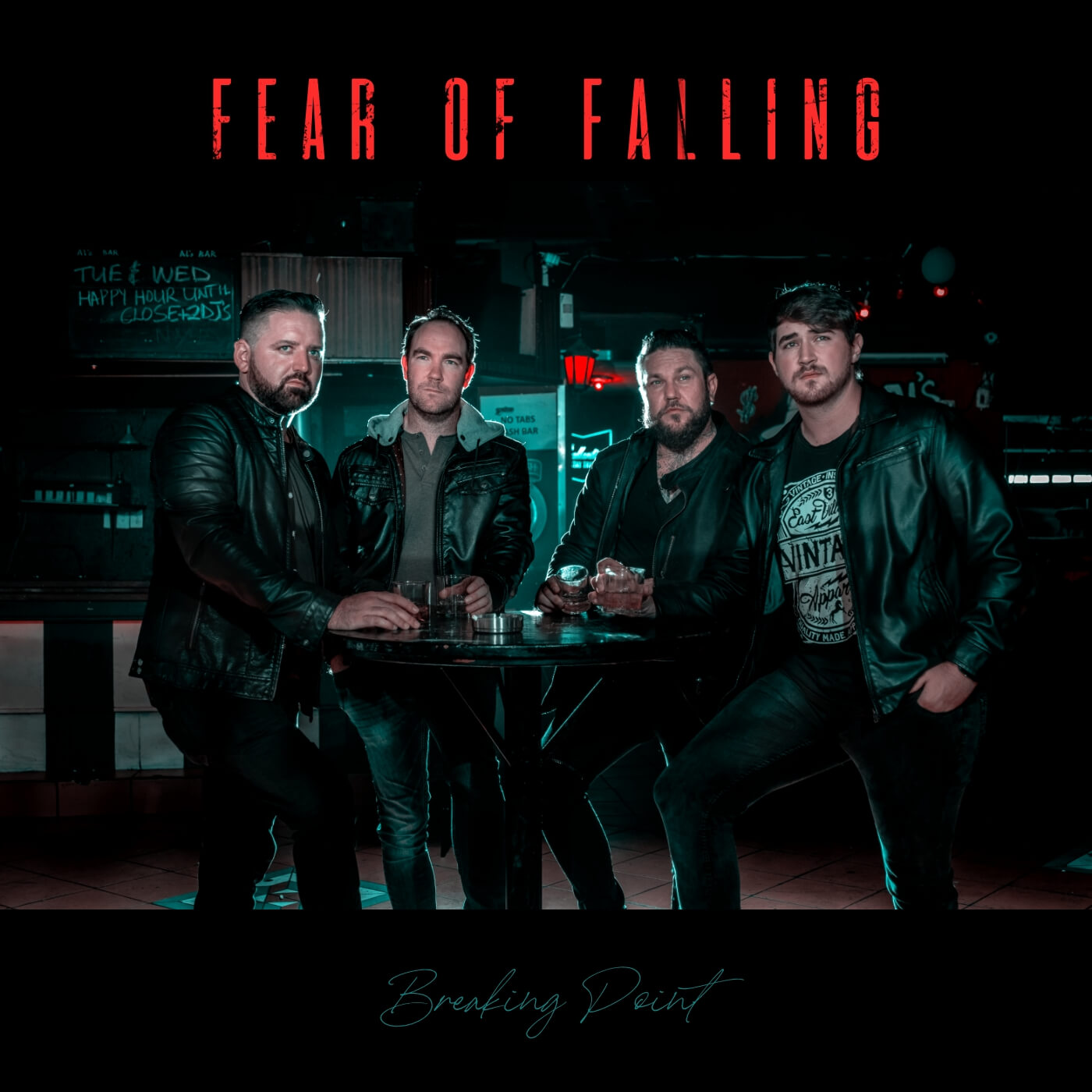 The brainchild behind the band is guitarist Lloyd Timcke, who during the first hard lock down in 2020 decided to use his time away from his busy business life, to get back into his first love of music. During this time Lloyd wrote about 20 instrumental rock songs. Having no previous knowledge in recording and mixing, he reached out to bass player and mixing engineer Brendon McCaig from the well-known band “You, Me and The Harmony”. Together they recorded Ten instrumental demo’s that would later form part of the band’s debut EP.

Wanting to breathe life into the songs Timcke set out to find a lyricist and vocalist who could write lyrics, melodies and sing on the songs, but this was quite a challenge as he had an extremely specific vocal sound in his mind for the project.

As fate would have it, one night sitting around the fire with friends he stumbled across a Facebook live stream by Jack Atlantic (Multiple Number 1 and Top 40 Singles) and knew immediately that, that was the voice he wanted for the project.

This was reiterated when one of his friends informed him that Jack was the lead singer of CherryKab, which had the massive hit song “Head Over Heels” back in 2013. Not yet having a drummer for the tracks and wanting to record the songs professionally, the now three-piece contacted Dale Schnettler, producer, and drummer for South African rock giants Prime Circle to record and session on the tracks.

This arrangement quickly changed when, after Dale hearing the songs, was so impressed that he became the fourth member of the band and official drummer right then and there!

With all the members in place, the band began working on their debut EP at Dale’s 37b Recording studio. The guys spent the next two months working on the six tracks that would make up their debut EP. The music began as an outlet for dealing with all the stresses and hardships the first hard lockdown imposed on us all, and one can hear that in their music.

The songs are heavily guitar driven and cover themes of depression, anxiety, addiction, and complicated love and will resonate with many after going through the pandemic. With all the members already successful in the music industry, Fear Of Falling is a band that looks set to take on the music scene in a massive way. 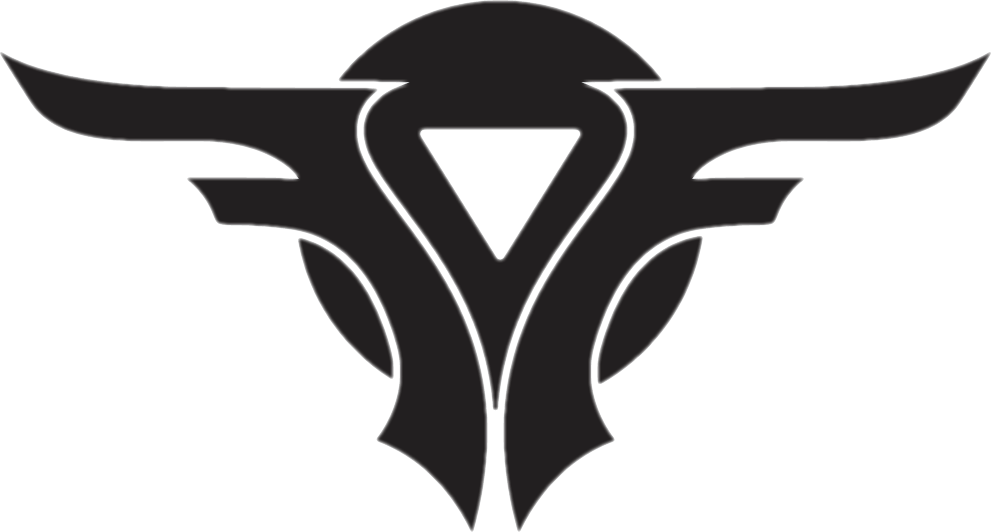