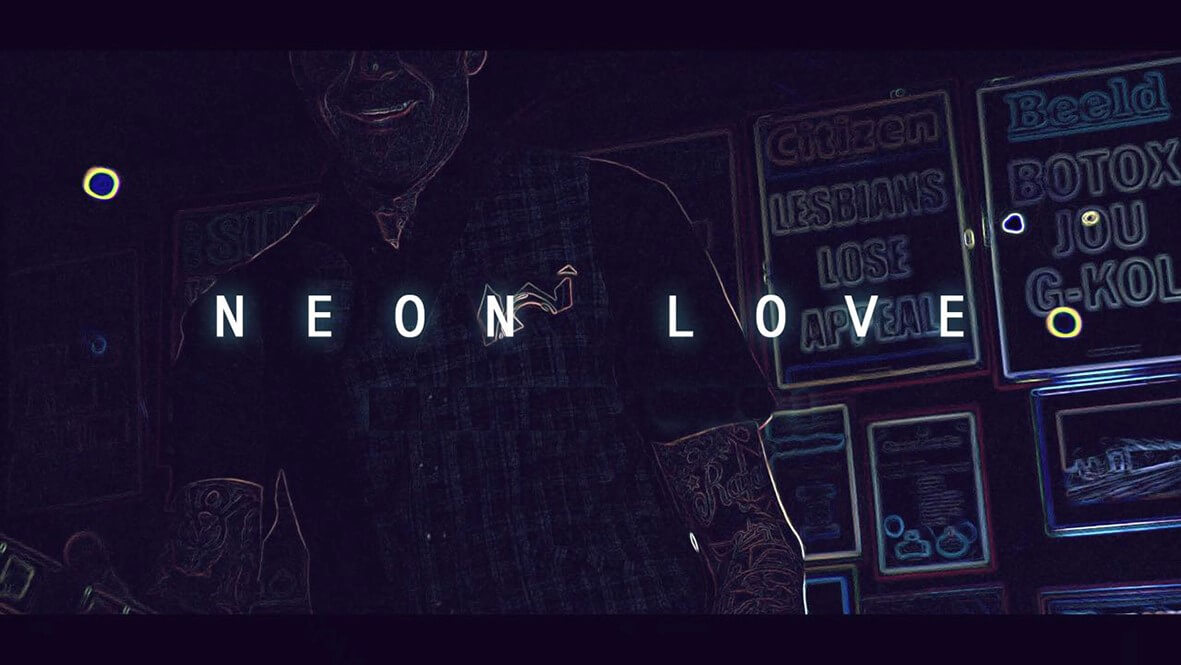 Gunshot Blue is a South African psychedelic blues act born amongst burning incense, black ink, prayer beads, tattooed skin and religious icons back in 2014 at SA Hardcore Social Club in Johannesburg. The band have released the video for their new single Neon Love which made its worldwide premiere on PureGrainAudio yesterday (9th May).

Taken from Until the Last Prayer, the bands highly anticipated full-length album set for release later this year. 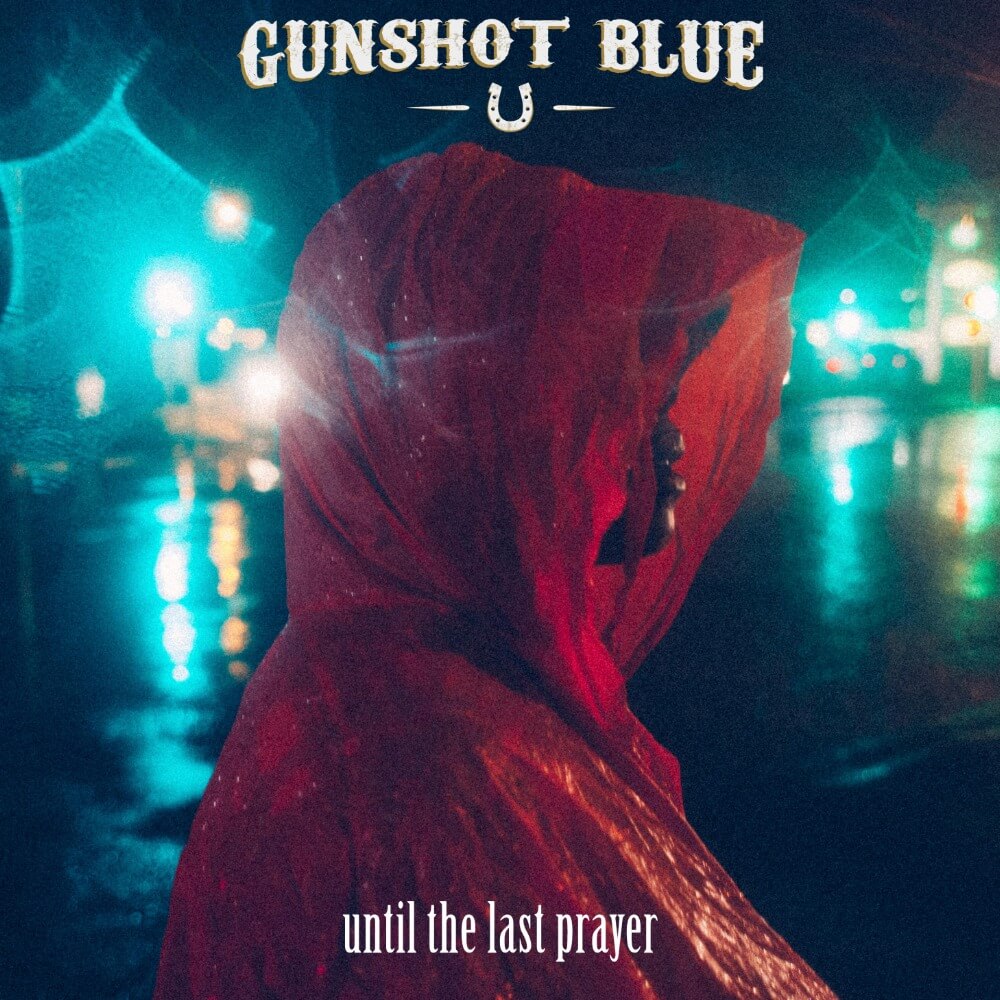 The video was shot an edited by the highly sought-after Dizzy Khaki at Railways Cafe in Irene, Pretoria and The Radium Beer Hall in Orange Grove, Johannesburg. Railways Cafe is not only an authentic live music venue but also a one-of-a-kind wedding venue. Among weather-beaten signs, second hand books, vintage posters, retro furniture and old school paraphernalia, new life, love and light rises. The Radium Beer Hall is the oldest surviving bar and grill in Johannesburg. Opened in 1929 by the Khalil family, the Radium had a double life as a as a tearoom and a shebeen. Selling liquor to black customers who were barred from drinking “white man’s booze” during those days, new life, love and light rose into the night.

“Love is psychedelic. Love is wild. Love is wonder. Love is wander. Love is neon. Love is colour. On a pavement, a bar counter or a staircase. On a dance floor, a backseat or inside a dj booth. Around a candle, under a mirror ball, through a window. Eyes can lock, fingers can touch, love can rise anywhere. Especially the night.” – Frans Borman, Vocals. 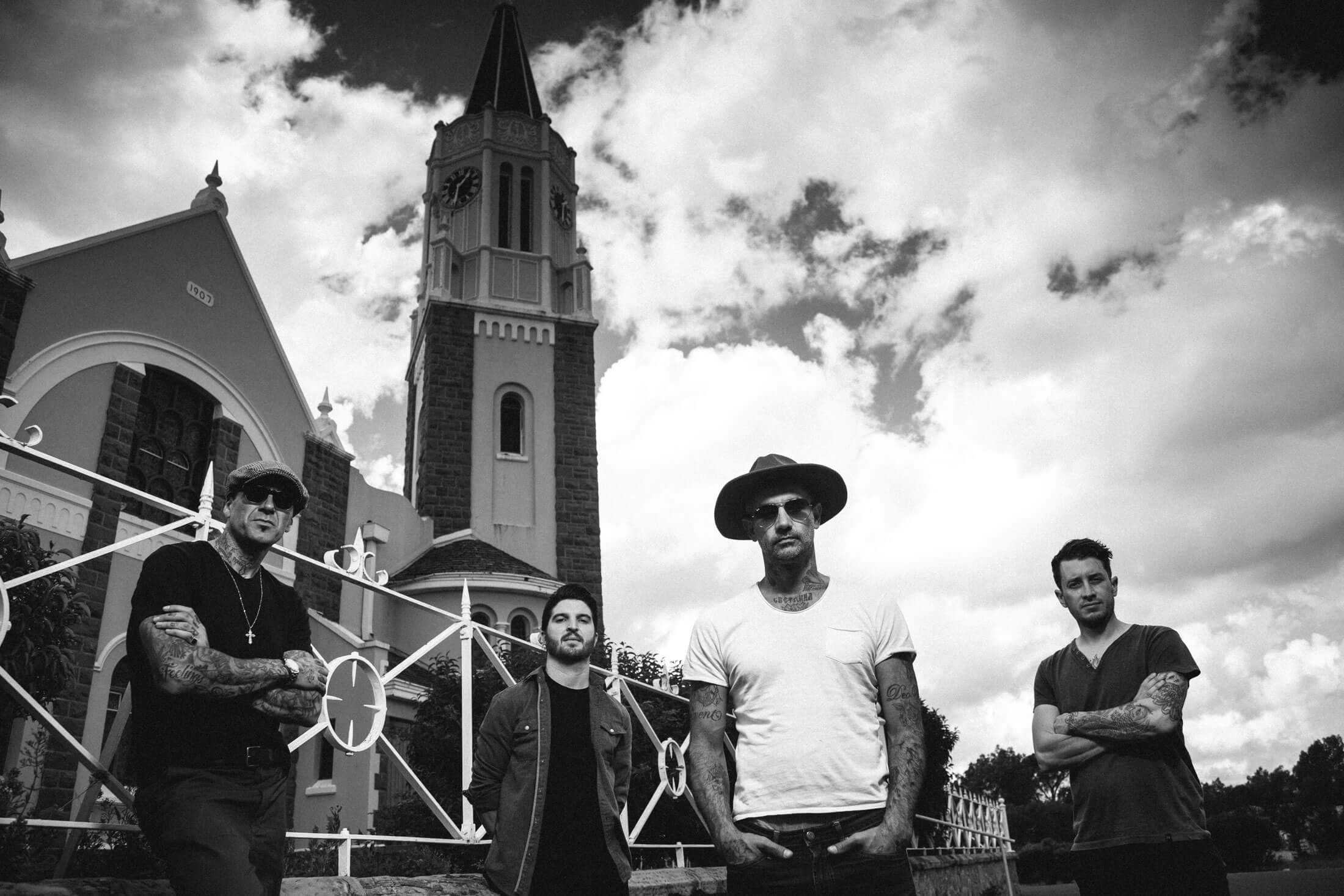 The Gunshot Blue flint-stone was set off by founding members Frans Borman (vocals) and Pepi Dimevski (guitars). More often than not they are joined by Kevin Hughes (bass) and Wayne Pictor (drums) forming a deadly dressed, double barrel, sonic shotgun. The first bullet firing a hypnotic, voodoo infused, acoustic blues set. The second; an explosive, high energy, electric rock and roll set. Gunshot Blue is not just a spirited live performance. Gunshot Blue is a rousing psychoactive baptism leaving the listener with intensified sensory perception, extreme feelings of euphoria and an awakening. Gunshot Blue have played in bars, restaurants, hotels, a book museum, backpackers, lounges, fund raisers, birthday parties, a sculpture park, a garden, a horse farm, holiday resorts, barber shops, an old prison, an amphitheatre, a biker’s club, a biker’s fest, a vintage car museum and most of the major festivals in their homeland. Their debut EP  12 396km was released in November 2014.

Happy release day to The Amblers! Sticks and Stones (Live at High Seas) is out now via Mongrel Records.Justin Swart and Jason Hinch deliver an intricate and impassioned performance on Sticks and Stones – Live from High Seas, the latest single from The Amblers’ upcoming live studio album. The track is vibrant and distinctive, possessing the vintage signature sound that will forever be associated with the blues-rock duo.The guitar sound is a blissed-out Twin Reverb fuzz-fest that hits like a ten-ton hammer dressed in furs, the drums dig deep into the Bonham ‘tight but loose’ swing of Bonham legacy (complete with bombastic weight), and the vocals soar with ethereal, cavernous delicacy, making for a delicious array of sounds that totally, totally dig on each other.Watch the video:youtu.be/BjyH_dwpWV0Buy / Stream the track:orcd.co/sticksandstones_liveathighseas mongrelrecords1.bandcamp.com/track/sticks-and-stones#theamblers #sticksandstones #newvideo #newsingle #rock #bluesrock #rocknroll #rockduo #dirtyrock #classicrock #plugmusicagency #mongrelrecords ... See MoreSee Less

It has been more than two years since Piet Botha, one of South Africa’s most influential rock musicians passed away and his presence, outspoken opinions and fiery guitar solos are missed more than ever. Anthonie Van Der Walt, vocalist of new SA supergroup The Devil’s Party Band, who played guitar for Jack Hammer and grew up as family friends with Piet, took it upon himself to rework Good Friend of Mine, an old Jack Hammer classic and invited several of Piet’s close musician friends to feature on the track. Piet played a huge role in every artist featured lives and careers and it was and they were all more than happy to get on board. Good Friend of Mine guests include Kobus de Kock Jnr ( The BLACK CAT BONES ) Arthur Dennis Full and Rudi Dennis ( Akkedis Band ), Albert Meintjies ( Scicoustic ), Jacques Groenewald, Chris van der Walt ( Vulvododynia ), Werner Bosman and Gareth Wilson ( SOUTHERN GYPSEY QUEEN ). It is a stirring rendition and a tribute to not only of this country’s greatest musicians but a goodbye to a good friend.“Getting all the friends together in the studio just reminded us why we do this and what we play for. A Good Friend of Mine brought us all together again and the video captures the essence of our friendship, which is music.” – Anthonie van der WaltWatch the video:www.youtube.com/watch?v=bJqWz3cF0OoDownload / Stream the track:electromodeza.lnk.to/AGoodFriendofMineAr #pietbotha #jackhammer #agoodfriendofmine #tribute #plugmusicagency ... See MoreSee Less