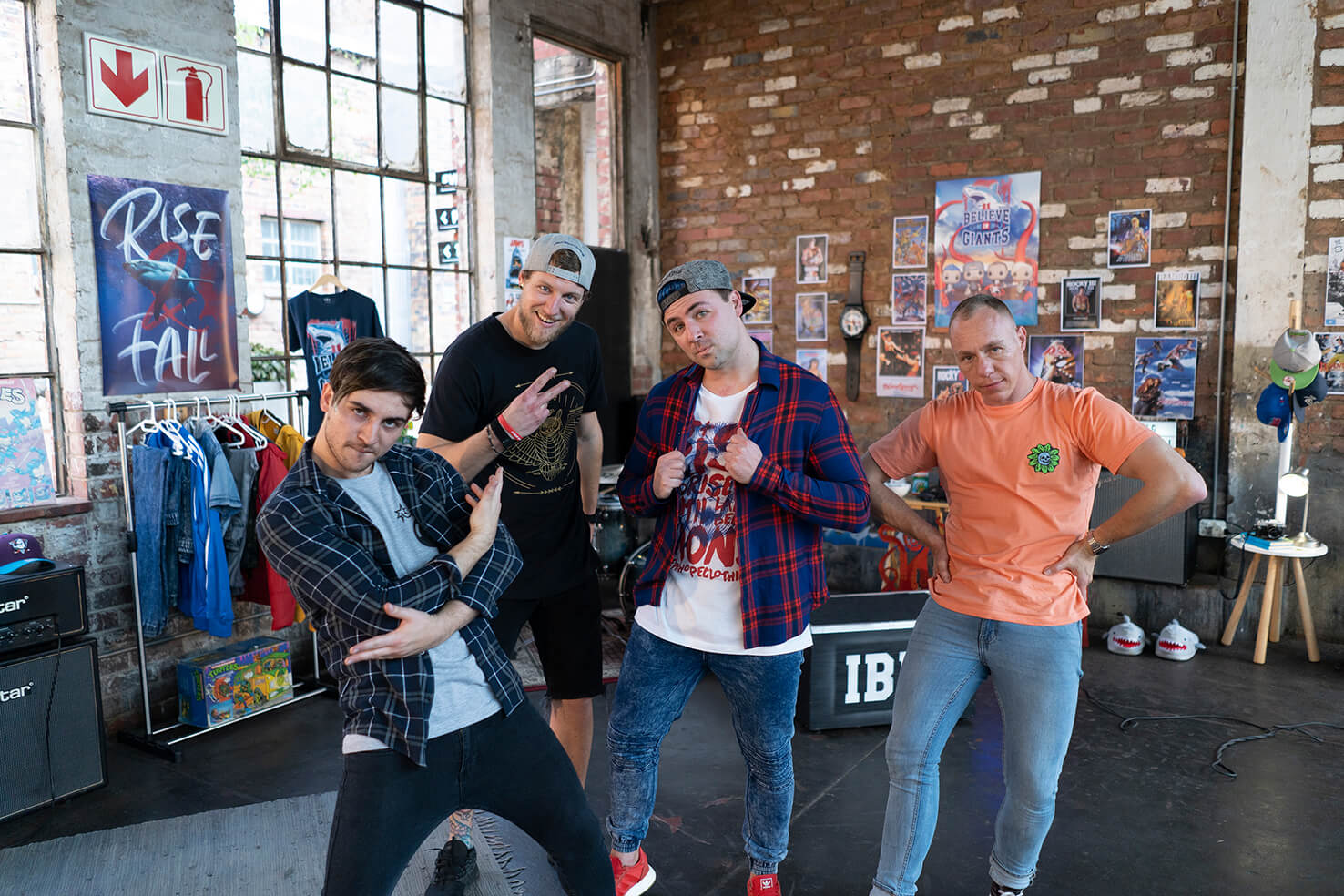 Pretoria based easy-core punk rock squad I Believe In Giants have released a video for their track Rise & Fall. Directed by vocalist Jéan Lombard the video sees the band surrounded by pop culture paraphernalia from their youth as he explains, “Nostalgia is a big part of who we are and inspires what we do – we reflect this in different aspects from our live shows to our merch.  Rise & Fall is our favourite track to play and is probably the best representation of us, so we wanted to incorporate some of our other favourite things growing up. Therefore, setting up the location like band practice in a bedroom, going back to where we all started, and just wanting to make a fun video by incorporating everything from Action Figures to TV shows/Movies and TV Games etc. – Ninja Turtles, He-Man, WWE, Mortal Kombat, Rambo, Hardy Boys and more. You also get to see a bit more of each band member’s personality and what we enjoy besides playing music.”

I Believe In Giants formed in 2017 by members of well-known South African bands City of Heroes, Straatligkinders, The Dead Will Tell and Held On Till May. The band name is inspired by the idea that people should believe that they can achieve something great, always dream big! We were not placed here to be mediocre, follow your passion and change the world for the better! This ideology carries over into the bands lyrics and Rise & Fall is perfect example of this and they explain, “The main theme behind Rise & Fall is a question of the importance of reaching your goals and dreams, doing what you love. Are you going to give it your all, or just give up…sink or swim? The song is a statement, saying that we’re not ready to give up on ours. We are here, this is who we are and we’re giving it our all.”

Watch the video for Rise & Fall 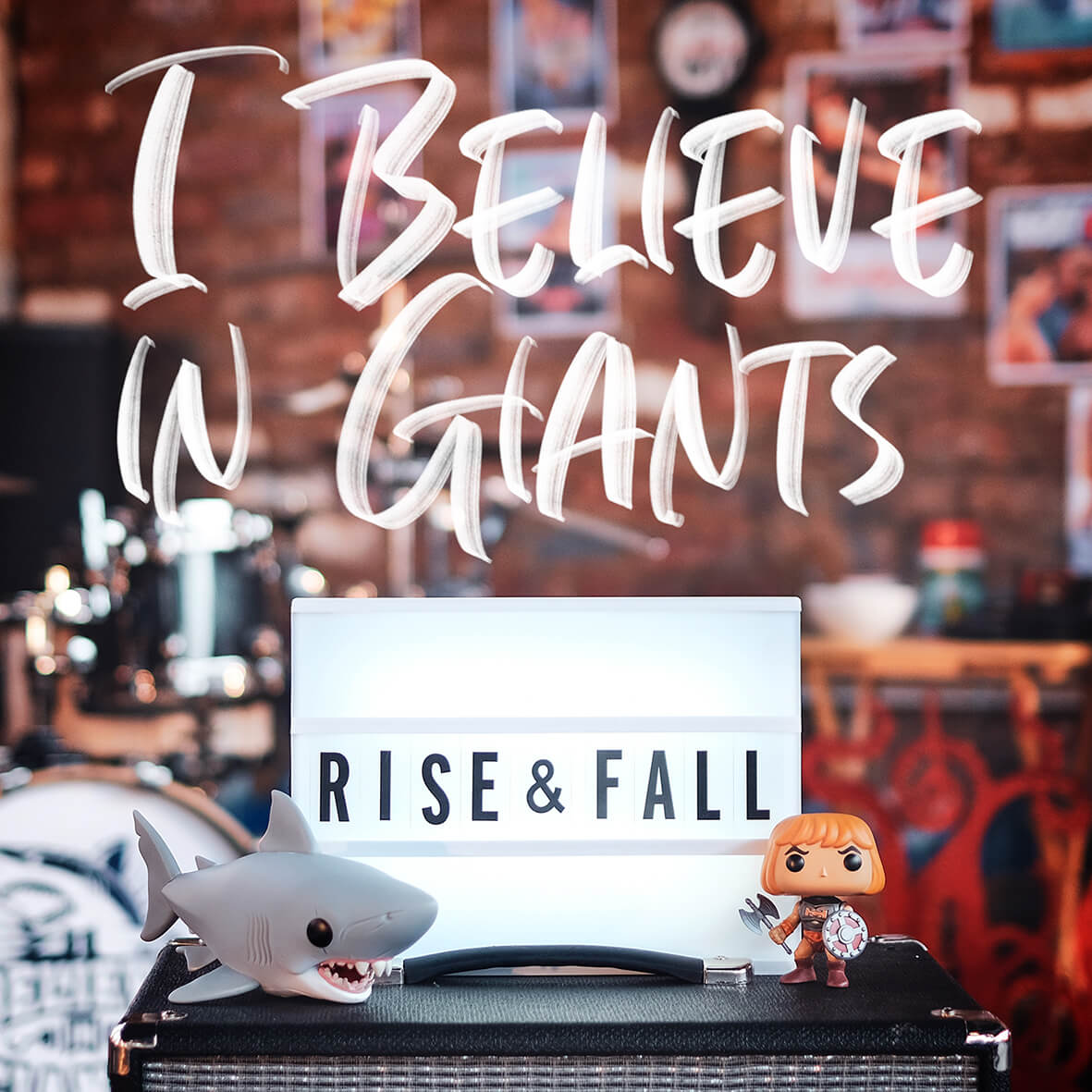 No strangers to the South African music industry the bands members in their respective other bands they’ve played in, have performed at all the major South African Music Festivals (Oppikoppi, RAMfest, Splashy Fen, Kranked Up Fest, Aardklop, KKNK) and have opened for international artists such as Billy Talent, Underoath, Comeback Kid, Haste The Day, The Ghost Inside and The Ataris on their South African tours. I Believe in Giants most recently supported International Acts, Our Last Night (US) in Nov 2018 and Hands Like Houses (AUS) in March 2019 on their South African Tours. The band recently started writing their second EP due for release early 2020.