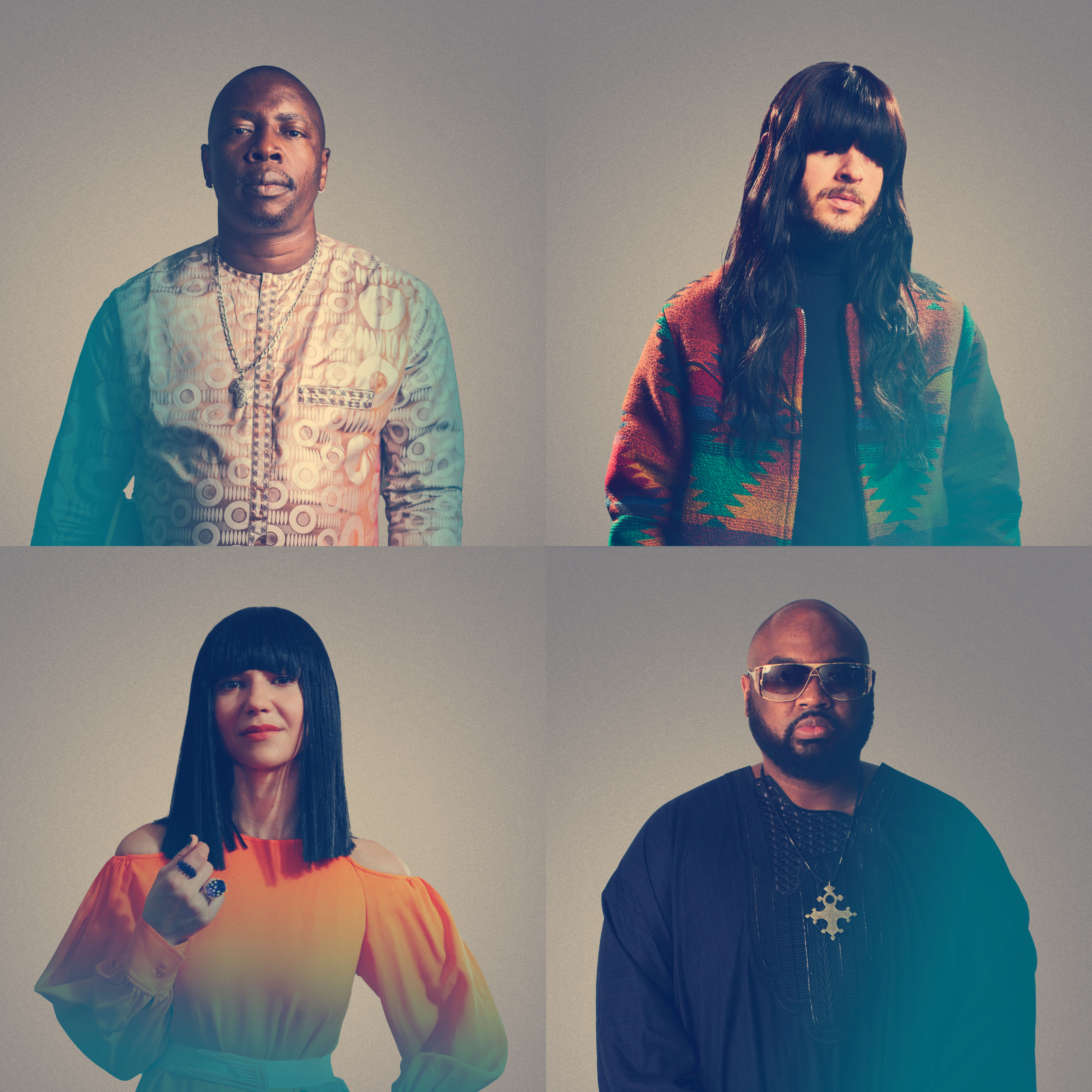 Khruangbin and Malian guitarist Vieux Farka Touré today announce their collaborative album Ali honouring Vieux’s late father, Ali Farka Touré. Ali Farka Touré is well known as one of the most influential and talented guitarists that Africa has ever produced. His legacy and impact are hard to overstate. Ali’s sound merged his much-loved traditional Malian musical styles with distinct elements of the blues, singing in the local languages of Songhay, Tamasheq, Fulfulde and Bambara. The result was the creation of a ground-breaking new genre, now well known as the ‘desert blues’, earning him 3 Grammy awards, widespread reverence and the nickname of the ‘African John Lee Hooker’.

Out September 23rd on Dead Oceans, the music pays homage to Ali by recreating some of his most resonant work and experimenting with different sounds while maintaining the original’s integrity. The result is a rightful ode to a legend, creating a refreshed West African blend of musical reference the pairing hopes reaches new generations and audiences alike. The album will be released the day after Republic Day, Mali’s National holiday commemorating the independence of the Republic of Mali from the Mali Federation on September 22nd, 1960.

Today, the four also share the first preview of the album, “Savanne” – a work that showcases the contrast between restraint and baroque guitar flourish – a juxtaposition of dub and Malian desert blues that has seen Vieux become revered as “the Hendrix of the Sahara”: https://deadoc.co/savanne

“Savanne” is a remarkable, emotive entry point to the album. The rhythm is relaxed and joyfully repetitive, just a few chords played on guitar, and Touré’s raspy vocal is similarly controlled. Vieux and Khruangbin play across 8 tracks together on Ali and their interaction — Khruangbin’s guitarist Mark Speer plays synthesizer and conga on the album’s opening notes and gives Vieux’s unmistakable guitar leads free reign, with welcome interjections from Laura Lee Ochoa’s bass and steadied drumming from Donald “DJ” Johnson Jr. — is not surprisingly marked by deference and respect.

The specific songs played on this album are Vieux’s favourites and they also represent many different parts of Ali’s career – there are very famous songs like “Diarabi,” originally featuring Ry Cooder, obscure songs like “Alakarra,” and everything in between. “Ali Hala Abada” is a slow and meditative instrumental spotlighted by a mellifluous lead from Vieux, into which Lee perfectly slips her anchored backing rhythm.

With Ali, the artists create a remembrance of Ali’s life, showcased in highlights and B-sides from his catalog where the quartet preserve the natural improvisation of Ali’s music and inject their own, too. It’s natural Vieux chose Khruangbin to honor his dad’s legacy. The trio’s mix of amorphous, psychedelic funk has garnered mass acclaim across continents, and their Earth music knows no bounds. The very core of the trio’s psychedelic music has long divulged displaced and untapped international cultures and tunes. Just see the band’s curated 2020 Late Night Tales album which saw the first-ever digital release of Gerald Lee’s “Can You Feel The Love (Reprise)” prominently featured in the Blaxploitation film Black Shampoo and Sanullium’s “Don’t Go” which Khruangbin found in Seoul in an underground arcade.

Adds Khruangbin, “We made this album to honor Ali’s life and body of work. We hope this collaboration enlightens more people to Ali’s musical legacy.”

While often compared to American blues legend John Lee Hooker, Ali Farka Touré had a singular sound and style — from the raucous playing on his earliest recordings to a naturally meditative quality explored in great depth on his records with kora player Toumani Diabaté. Throughout his lifetime Touré spoke seven regional languages, and this music bestrides the music associated with all of them. Undoubtedly modern Saharan bands like Tinariwen and Etran Finatawa learned much from Touré, and now Khruangbin and Vieux are matching the hypnotic rhythms with scorching blues flair.

As a passionate champion for the people of Mali and The Sahel, Vieux founded the charity Amahrec Sahel in 2012. As part of Amahrec Sahel’s mission to support humanitarian reconstruction and culture, the charity has provided school supplies for children, supported an orphanage in Bamako and provided musical instruments for young musicians in Mali. Vieux is also the director of The Ali Farka Touré Foundation, an international organization dedicated to the preservation of Ali’s legacy and the cultural growth of Mali. This June, Vieux released his new album Les Racines in which he masterfully returns to the deep roots of the Desert Blues music that his father introduced to the world and writes of his country’s overlapping security, political, and humanitarian crises. With each new project Vieux broadens his horizons, embraces new challenges and further entrenches his reputation as one of the world’s most talented and innovative musicians.

Earlier this year, Khruangbin joined Leon Bridges for their second collaborative EP together, the sultry, chart-topping Texas Moon, which garnered widespread critical acclaim from The New York Times, NPR, Uproxx (“celestial, otherworldly and incredibly psychedelic…”), Vulture, FADER (“could easily sit next to Al Green’s ‘Let’s Stay Together,’ Barry White’s ‘Can’t Get Enough of Your Love Baby,’ and Marvin Gaye’s ‘Sexual Healing”and more…”) and more. Upon release, the music debuted at #4 on Billboard’s Top R&B Albums Charts, landed in the Top 25 of the Billboard Top 200, as well as the Top 5 on Billboard’s Album Sales, Vinyl, Alternative Albums and Rock Albums charts. NPR Music included lead single “B-Side” in their “36 Favorite Songs of 2022” round-up and calls the track a “groove straight out of an acid Western.” Texas Moon is out now on Dead Oceans, in partnership with Columbia Records and Night Time Stories Ltd. The band also recently released an Amazon Original cover of Booker T. & The M.G.’s “Green Onions” and is on their most extensive tour to date, which Pitchfork hailed as “one of the most anticipated of the summer.” 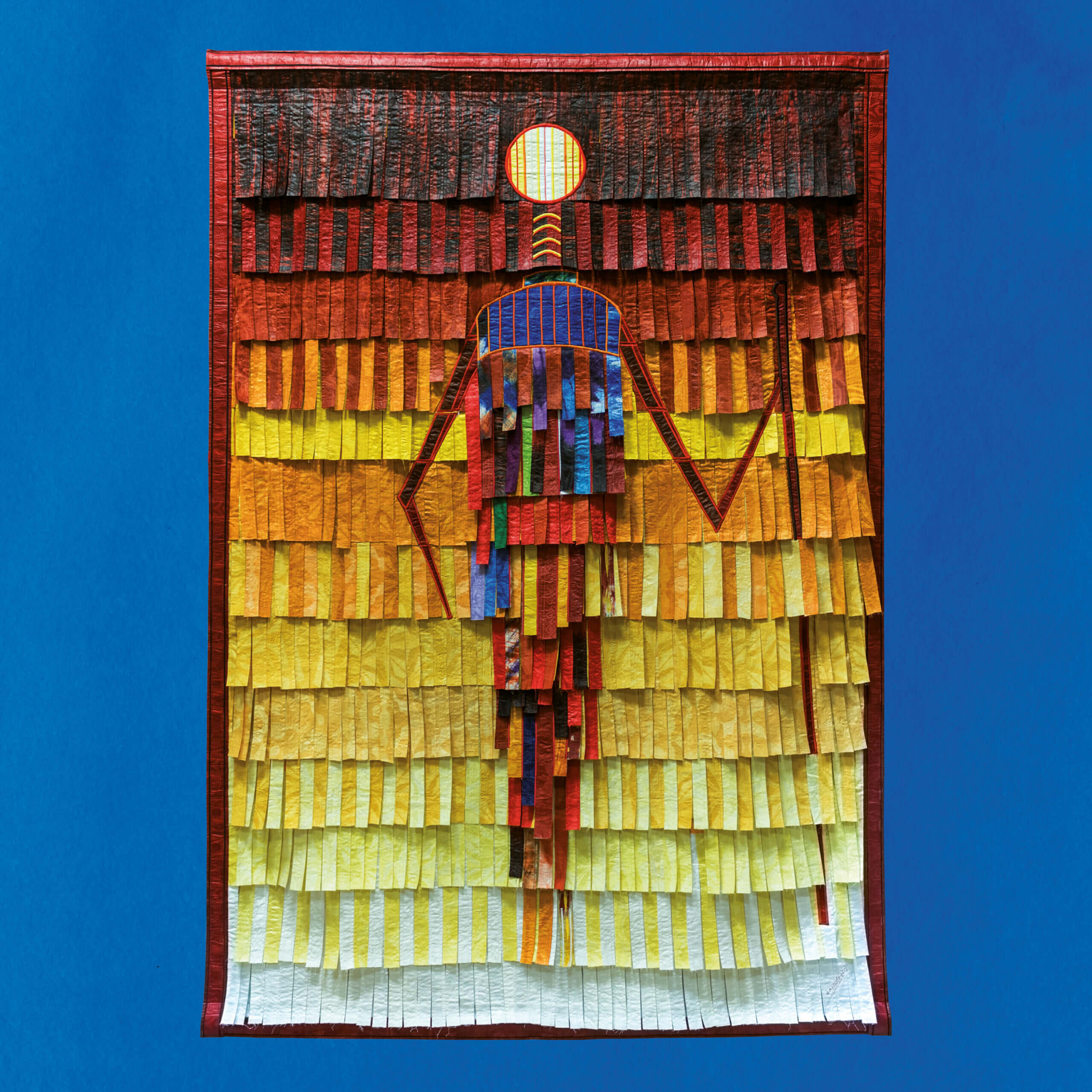