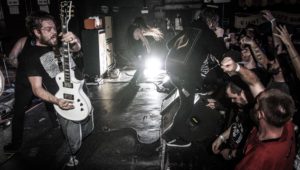 KRANK’D UP breaks it’s silence thunderously with the announcement of much revered post-hardcore hard rockers, NORMA JEAN as the first international act gracing their 2016 stage.

Armed with a blisteringly unique sound, Atlanta’s NORMA JEAN carry tons of experience thanks to war-like performances at legendary tours such as Ozzfest and Mayhem Festival, as well as unforgettable appearances alongside acts such as The Dillinger Escape Plan, He Is Legend, Every Time I Die and Architects to name a few. With six incredibly powerful albums under their belts, South Africa is set to experience an onslaught like no other when NORMA JEAN totally destroys the Krank’d Up 2016 stage.

NORMA JEAN will be joined by an exceptional South African rock and metal lineup and another mind-blowing international band yet to be announced.

KRANK’D UP will be held at Sundowners, Alberton, on September 24, 2016. Early bird tickets are available right now. Get your ticket today to ensure you don’t miss out on having a blast at what promises to be another unforgettable live show brought to you by Turning Tricks Entertainment.

Tickets are on sale nationwide through www.computicket.com , as well as at Computicket

KRANK’D UP 2016 is sponsored by Jagermeister

Keep up to date with the latest KRANK’D UP news and announcements by joining the official Facebook page: www.facebook.com/KrankdUpMusicFestival 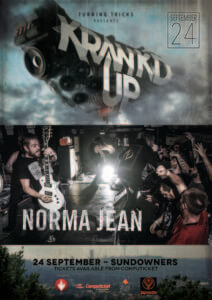