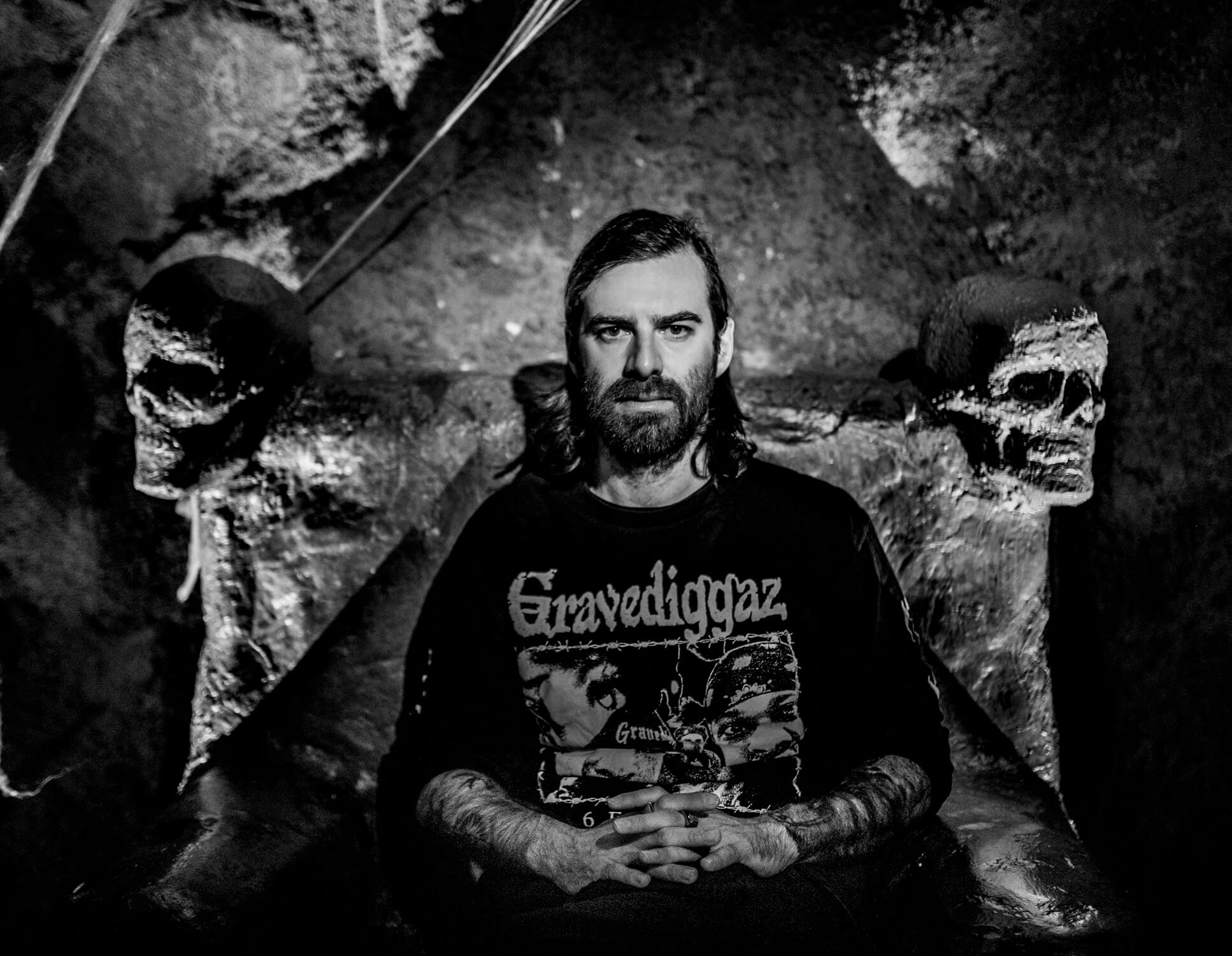 Brooklyn based experimental dark folk artist Nathaniel Shannon and the Vanishing Twin has released the horror influenced video for Mater Tenebrarum. The track is taken from his recently released EP THE THREE MOTHERS out now on Aqualamb Records.

Shot, directed and edited by Frank Huang, the video was conceptualized by Nathaniel as he explains, “The Mater Tenebrarum video concept is relatively simple…an ocular hallucination represents the confusion created by being influenced by the succubus described in the song. Director Frank Haung had been showing me these painted 35mm projections he had been making, which I absolutely loved. We filmed the video’s Protagonist, Ellen Philips, going through dance and incantation, blurring the victim and witch line, with Franks homemade 35mm projections playing over her. I wanted the video to be a visual accompaniment for the song, rather than a narrative. What Frank came up with is exactly what I had visually in my head when writing the music.” 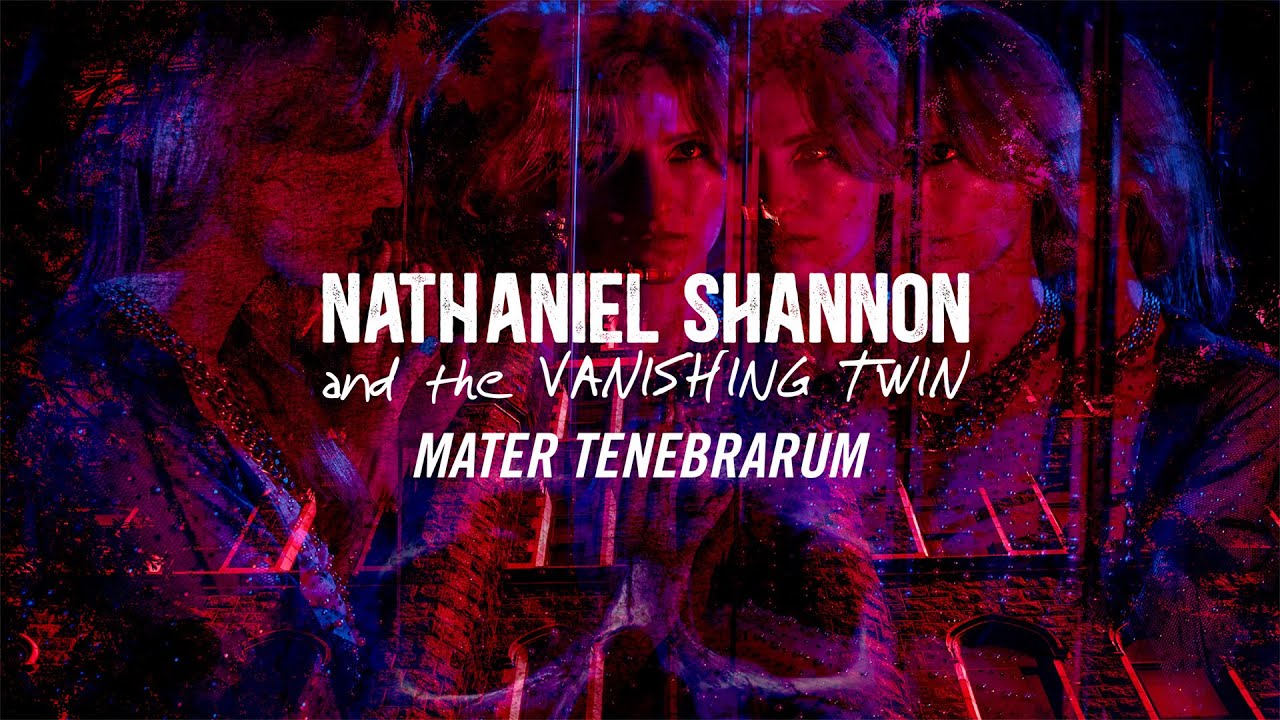 A scorching soundtrack for the season in which the darkness supersedes the light, “THE THREE MOTHERS” is an initiated call to action for the exploration of our own villain, with no frail hopes for redemption.

“THE THREE MOTHERS” bore its roots several years ago as a few disjointed keyboard-based loops in the Brooklyn apartment of Detroit-bred artist Nathaniel Shannon and the Vanishing Twin. Some feedback, extremely late nights, and a lyrical concept based on Dario Argento’s ‘Three Mothers” film trilogy later, and a record the artist never intended to write was born. This Aqualamb Records limited edition cassette and digital download mirrors the darkness of the times.

The songs began to lurk together as a triptych and an unhallowed dance of witches, given life by camaraderie forged in a bleak, disillusioned world. Desire is an otherworldly experience: when one takes time to observe it within themselves, we notice it comes from the void. We experience it when we surrender to the fact that we have control over our actions but not our longings. The spectrum of nostalgia includes fierce identity and defense of self, down to the bitter pangs of grief and enduring ache for what is no longer or worse: what our deepest fears tell us will never come to be.

In Shannon’s case, these archetypes come forward in the form of forbidden and fantastical inspired murmurs from the underworld. The voice of the necessary villain: screaming, feedback-laden guitars, and live, battle-reflecting drums create a Plutonic aesthetic that invites the listener inward to the culling of a forsaken innocence. Argento’s witches are vile yet fulfill their purpose as anyone or anything is meant to do. Written from within the molten crux of the enemy, “THE THREE MOTHERS” is a primordial fixation with the trilogy’s witches. Shannon’s vocals muffled by the murkiness that comes with seeking out a taboo reflection for our collective terror, sickness and obsessions are given rise by the comparatively ethereal wanderings of a darkly ambient score.

“I secretly just wish I had the attention span and skillset of Jay Dilla, Prince Paul, the Rzarector, or DJ Paul, to get that mid-tempo creep walk banging around your eardrums,” says Shannon, divulging the EP’s heavy hip-hop influence, acknowledging that it doesn’t sound like hip-hop at all, “because obviously, it’s not hip-hop.”

While indeed not hip-hop at all, “THE THREE MOTHERS” is, in fact collaborative in nature, featuring Fred Estby of Dismember fame on suspense-heightening drums. Mixed by Jeremy Page (That Handsome Devil, Kendra Morris, Czarface), mastered by Steve Austin (Today is the Day / Austin Enterprises), with unsettling background vocals by Damien Moyal (Culture, As Friends Rust, Damien Done), this EP encourages a constant resurrection of shadow, complemented by flickers of Latin chants provided by Bret Wisknewski, a Latin classicist and member of Watergate, Four Eyes, and Detroit’s ska cult The Parka Kings. 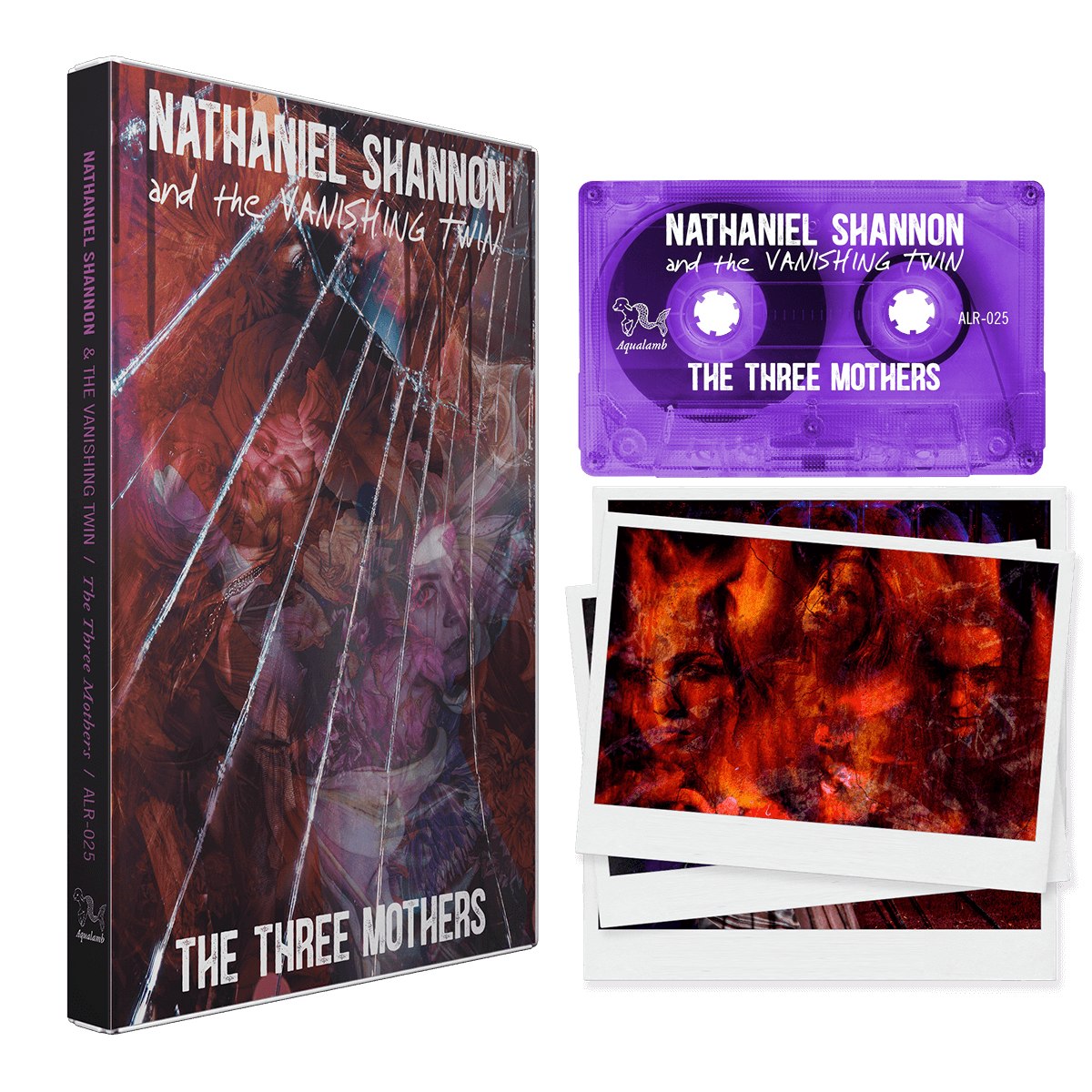 “There are very few times that you listen to music and it’s something brand new. Something that has its own identity and style. Nathaniel Shannon’s new EP delivers a passionate dark dreamscape of life. His leathery dark vocals are ominous as the music that he creates. Close your eyes and you’re suddenly walking down a street with faceless people and the distant sound of sirens.” – Steve Austin (Today is the Day / Austin Enterprises) 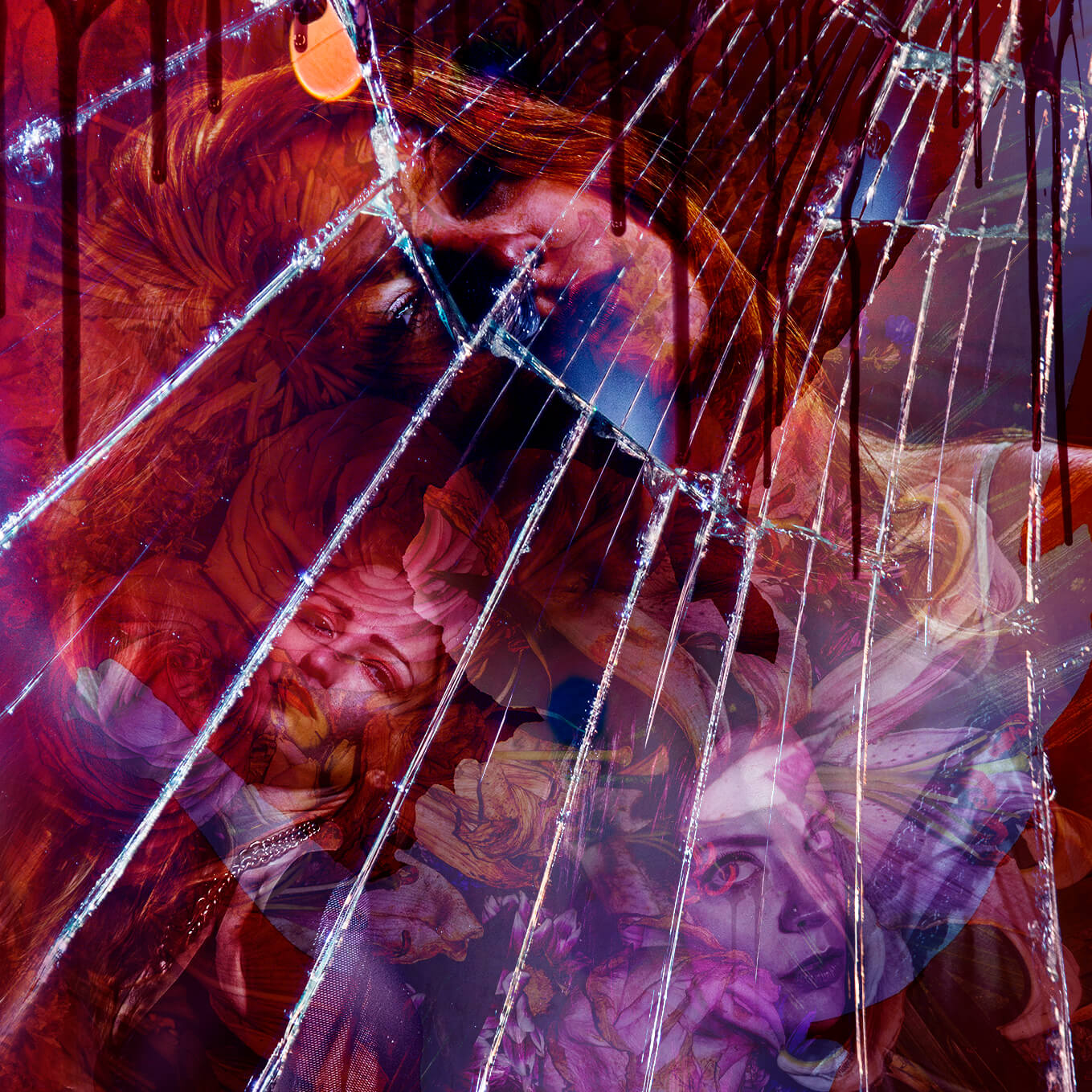