If you could turn back time knowing what you know now, what would you do differently?  Can you reflect the same way about your future as well as your past?

Riaan Smit is a Namibian born, South African bred musician who is most famously known as the front man for the band Crimson House. During his solo career he has toured extensively and shared stages with giants such a Bryan Adams, Shaggy, Sean Paul and The Chainsmokers to name a few. To date he has released 2 solo albums and 4 albums with Crimson House.Today sees the release of his new single and video Turn Back Time.

Riaan wrote the song while being in deep lockdown. At the time he had just arrived in Namibia after the island he was living on in the Caribbean was closed to the outside world due to the pandemic. He couldn’t return to where he was living as he was on tour in the US at the time, so his only option was to go to Namibia.

“When I arrived, I didn’t have much time to find a place, and I ended up isolating in a one-bedroom granny flat. With lockdowns starting in Namibia as my isolation period ended, I ended up being stuck in this tiny room for months. I did what I could to keep myself sane in the time through writing tons of new music and reverting to online lessons as a form of income.”

Being a musician in a pandemic is a tricky thing, Riaan along with every musician he knew had had their world turned upside down. He had bookings for more a year planned that all got canceled. Since that time, it’s been almost 18 months since the live music industry has been crippled by the pandemic and the restrictions to control it. Along with the tourism industry and the hospitality industry the entertainment industry in all its forms has been deeply affected without much or any support from the government.

“We have all essentially been told that our jobs are illegal, that we must just hold on and stay at home, find other jobs which don’t exist now and figure it out by ourselves. This kind of stress can’t be good for a civilization, looking at the current pattern in South Africa with the looting, England with the soccer riots, Cuba with the revolts, USA with the insurrections and worldwide protests it’s easy to see that people globally are stretched to their psychological limits. There is no-one to blame as no one knows what to do about all the issues arising from lockdowns and the virus itself.”

Riaan spent a lot of time thinking about what he would have done differently if given the chance to turn back time and relive life knowing what he knows now. Maybe he would have prepared better, maybe he would have made different choices. In the end everything works out the way it should, or at least that’s what he is hoping.

“Hindsight is twenty-twenty, and it seems everyone was blind to what was coming. No average person who is not a scientist could have predicted this pandemic. This new normal affected all of us, it’s a global issue, and what’s hard to witness is we have ended up turning on each other.”

One would think that having a common enemy would unite the world, but instead it has divided us even more. Between the vax and anti-vax, between red and blue, and between science and controversy. Families are divided, communities are isolating from each other, being afraid to infect or be infected. This time is hard for all of us.

“The video itself we wanted to get the feeling of losing one’s mind in isolation, reflecting on the past, and being consumed by the present on the news. Shooting the whole video backwards we aimed to tell the story starting from the end, which is breaking out of isolation and getting back into the world. We shot the video in Swakopmund at my current house, we tried get the confined feeling of the walls getting smaller and the monotony of repetition driving one insane. As the video progresses the idea was for everything to open more and more. We aimed to tell the story in reverse, being isolated at home watching everything from the news and reflecting on the past.
I’m hoping that this song will console people in this crazy time, knowing they’re not isolated in this feeling, maybe I’m the only one who felt this way throughout this pandemic, but in case I’m not, this song is for all those who miss the world before this started, a world with music festivals, carnivals, and nightclubs. A world with magic moments, hugs from strangers, not knowing where the night may take us. Without restrictions, curfews, and overcrowded hospitals. This song is for all those who miss the music, and the magic of the night.” 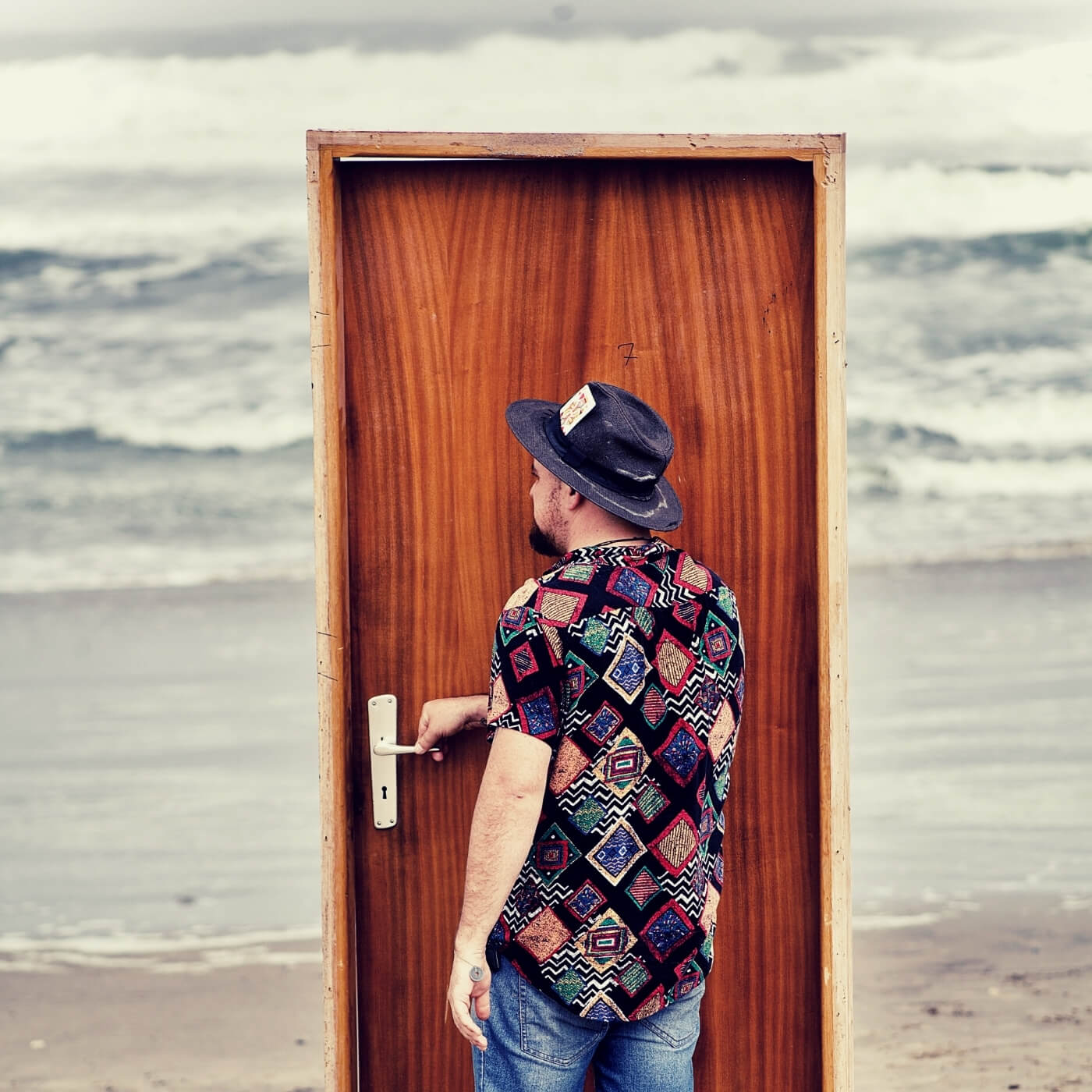