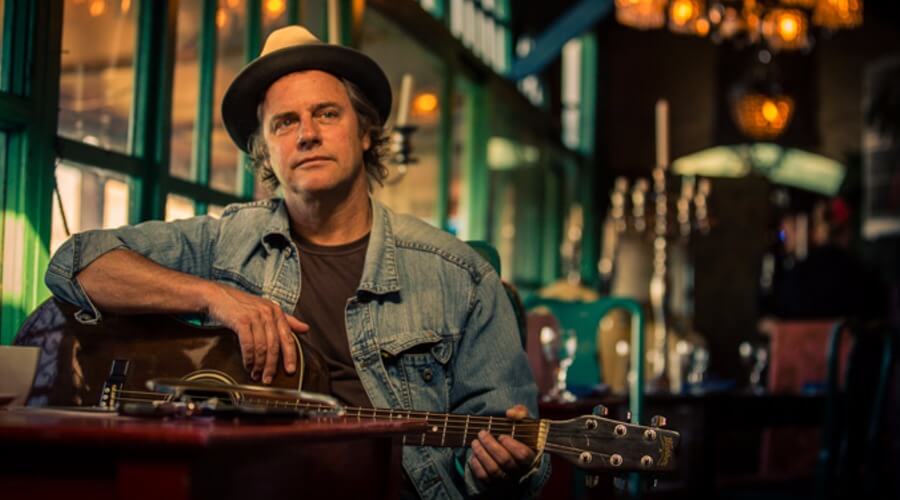 Slide guitar, harmonica, African blues guitar stylings and soul vocals all feature in the fresh roots sound of Robin Auld. He has released over 20 albums with many radio hits and a number one in South Africa.
Based in Cape Town, he has performed and recorded in New York, London, California, Glasgow and Nashville, opening and performing with acts such as Lloyd Cole, Angelique Kidjo, Michelle Shocked, Osibisa, Mud Morgenfield and Seasick Steve.
Born in Lusaka, Zambia to Scots parents, Robin’s childhood was spent alternating between Southern Africa and Scotland; a journey reflected in the African and Celtic influences in his music. He learned to play the guitar by listening to Hendrix, Ry Cooder and Neil Young, also absorbing influences from the various guitarists of Southern Africa to make the contemporary mix of his music today. Having released through both majors and independents, he now releases through his own label Free Lunch, currently on its 9th release.

“A genuine and unaffected flowing together of cultural strands…and unlike a lot of singer/songwriters you can, hell you should, play it loud. ” Unpeeled UK.