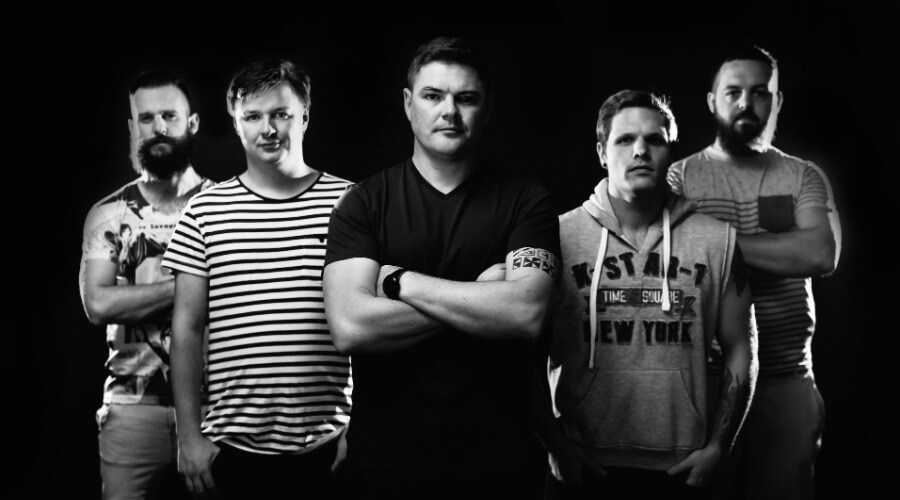 State Society’s mission is simple: Give audiences music that oozes positivity that any person of any age from any background can connect with.

The five members of the band all have an extensive range of influences. Everything from blues to alternative rock is represented in the band through the members. State Society’s debut album ‘This Life’ featured tracks such as ‘Love To Feel’, ‘Stand Up’, ‘Scary Beautiful’ and ‘Sun Will Rise’ which all received radio play across the South Africa. ‘This Life’ cemented the band’s position in the live music scene in Gauteng and after extensive touring and performances, the band’s breakthrough came when they performed at Oppikoppi for the first time in 2014.

Since then, State Society has performed at big festivals such as Oppikoppi (again in 2015), STRAB in Mozambique, MoRock Festival, The Tequila Festival and Otterlake Easter Festival. They have also performed to audiences at many prestigious club events alongside headline acts such as Van Coke Kartel, Gangs Of Ballet, Albert Frost, Die Heuwels Fantasties, Jeremy Loops, The December Streets and The Black Cat Bones to name a few.

State Society morphed from quartet to a quintet in 2015 with the addition of Justin Rae on keyboards. This gave the band the capability of delivering a more sonic performance combined with the energy that the members give off on stage.

The singles ‘Dance’ and ‘We Are’ have received fantastic radio airplay as well as ‘Beautiful Day’ which charted on Top 40 radio charts. Stations such as 5FM, Jacaranda FM, East Coast Radio, Tuks FM, Mix 93.8FM and other regional and campus stations have given the band airplay over the last few years.

The band has release several music videos, all available online, which all have received praise from viewers. State Society has also performed live on local television shows such as e.tv Sunrise, Morning Live, Balcony TV and MK’s Acoustic Sessions on Kyknet to name a few.

State Society is in a new phase of their career. ‘Tall Tales & Fiction’ is a testament to the band’s perseverance and determination to providing listeners with a relevant and innovative sound that holds its longevity.