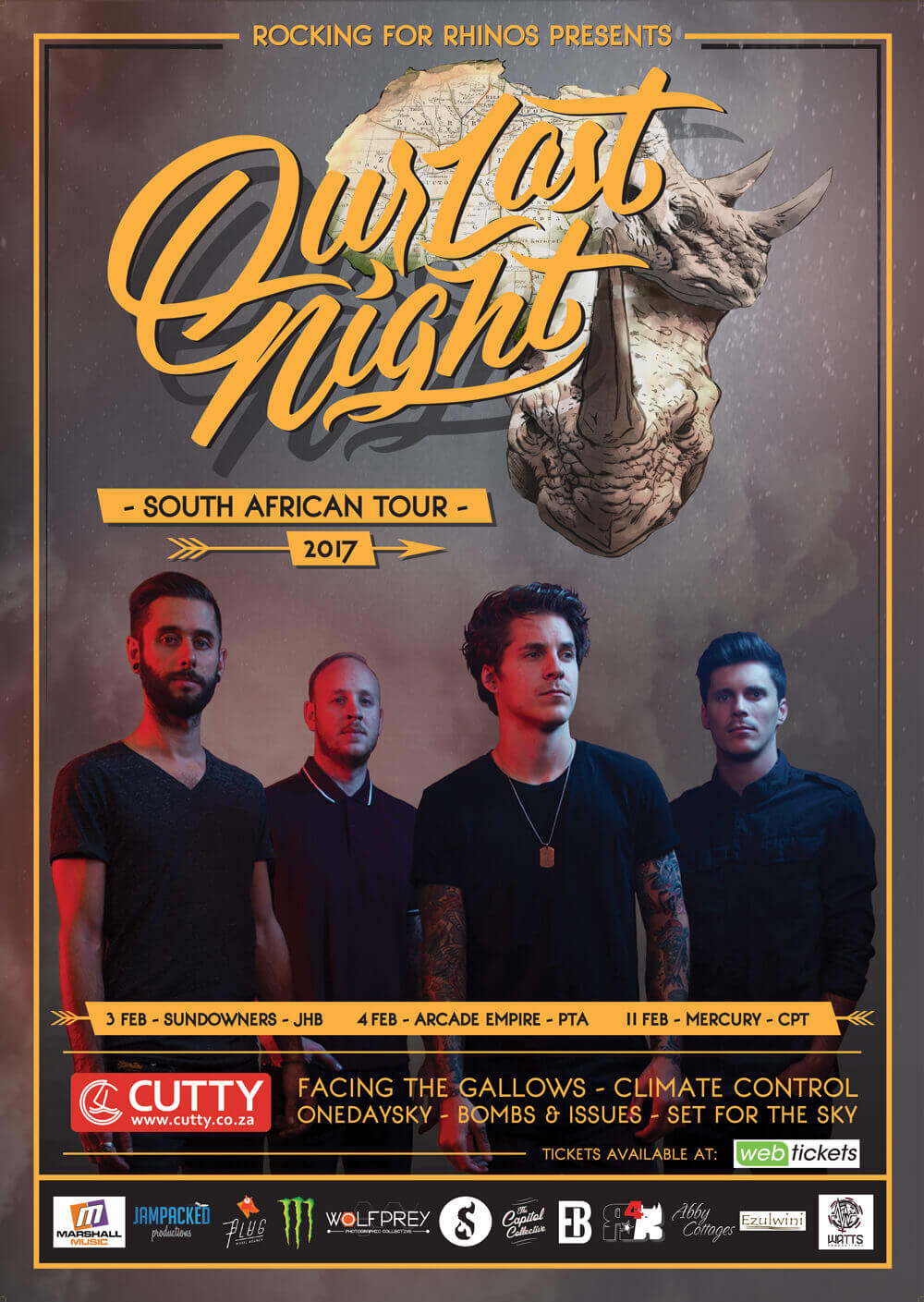 Rocking for Rhinos is very happy to announce that American post-hardcore band Our Last Night will be touring South Africa in February 2017. They will be supported by South Africa’s very own OneDaySky, Facing the Gallows, Bombs & Issues, Climate Control and Set For The Sky. All bands are performing FREE of charge in an attempt to raise as much money as possible for anti-poaching efforts in South Africa.

Our Last Night has perfected the mixture of melody and might. Not content to rest on the laurels of scene ornamentation or status quo presentation, Our Last Night have worked hard to capture the spirit of song-craft that drove their initial inspiration to get themselves on the road.

Rocking for Rhinos is a Non-Profit Organization which merges conservation,

entertainment and the public with one united aim – to save our rhino. Rocking for Rhinos was formed in

January 2012, with a group of like-minded people who were all plagued by one fundamental issue – the

poachers and ringleaders who are the direct cause of the demise of this gentle creature.