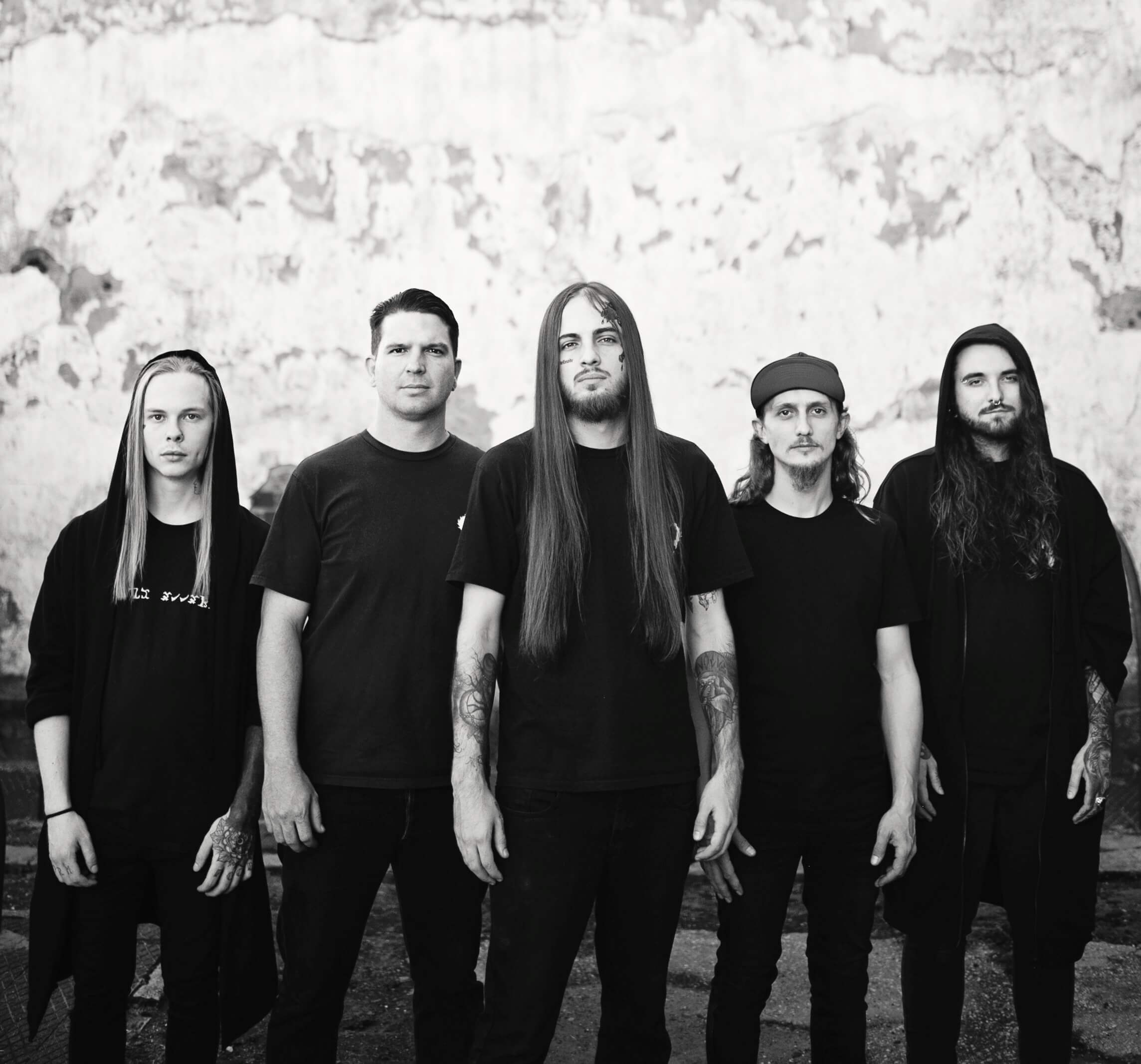 Exactly 3 years since the release of their previous album, Vulvodynia return with fresh new sounds and lyrical concepts straight out of the depths of the dark continent. Instead of following up on the murder themes of Psychosadistic Design or the alien themes of Finis Omnium Ignorantiam each song is based around the horrors they face in their day to day lives in South Africa.

“It’s already been three years since the release of Psychosadistic Design! Since then it has been a dream come true for us playing multiple tours and festivals abroad, but we’ve always felt that we needed an album that paid homage to the savage motherland we call HOME. We needed an album that hit home for us conceptually. We will leave no stone unturned as we expose you to everything VILE that Africa has to offer from our Drug Epidemics to our Mob Justice Killings to our Corrupt Government! All will be revealed… You will witness the true beast that is AFRICA.” Comments the band.

“I believe this is our best work yet, we really tried to take things to the next level with this album, when it comes to every aspect. It’s also super fun now that we’ve added in guitar solos/techy parts and I get to shred a bit,” Guitarist Kris Xenopoulos explains more about the new sound. Vocalist Duncan Bentley adds, “We’ve poured our hearts and souls into this record and have made sure not to cage ourselves into one specific genre. This has really allowed us to mature our sound and freshen things up. People will get a better feel of what we can do musically instead of the constant bombardment of ‘Caveman Riffs’ and ‘Gutturals'”

The album was produced by the band with recording duties handled by bassist Chris van der Walt at his very own Tampora Studios, “The recording process was an absolute blast. Each member brought their unique flavour to the songs. The songs have great depth and intensity.” He says. Additional vocals were recorded by drummer Thomas Hughes and additional guitars and solos recorded by Kris Xenopoulos.

“I had tons of fun tracking the vocals for this record! I tried to keep everything as brutal as possible whilst still maintaining my pronunciation and utilising all of my vocal ranges and styles. We’ve brought in a lot of Choruses too, so we hope to see fans screaming the lyrics back to us at shows.”  Says Duncan.

With special guest appearances from Trevor Strnad of The Black Dahlia Murder, Martin Matoušek of Gutalax & Alex Taylor of Malevolence the band have taken things to a whole new level this time around. “When I heard Trevor was singing on the album, I couldn’t believe it. They’re one of my favourite bands and it’s an absolute honour. Mind=Blown” laughs Chris.

No strangers to international extreme metal audiences, the band have notched up some impressive performances at European festivals and tours over the last couple years. Having just finished a successful UK and European tour with Fit For An Autopsy and Venom Prison, there really is no rest for the wicked as they prepare to head off to the US for the first time, then Australia and back to Europe and the UK later this year.

Mob Justice releases on the 30th June 2019 on Lacerated Enemy Records and all digital platforms.

Watch the lyric videos for Mob Justice and Nyaope

Echoes Of The Motherland

Reclaim The Crown Part I: The Burning Kingdom (Feat. Trevor Strnad of The Black Dahlia Murder)

Vulvodynia kick off their Mob Justice US release tour on the 5th July. 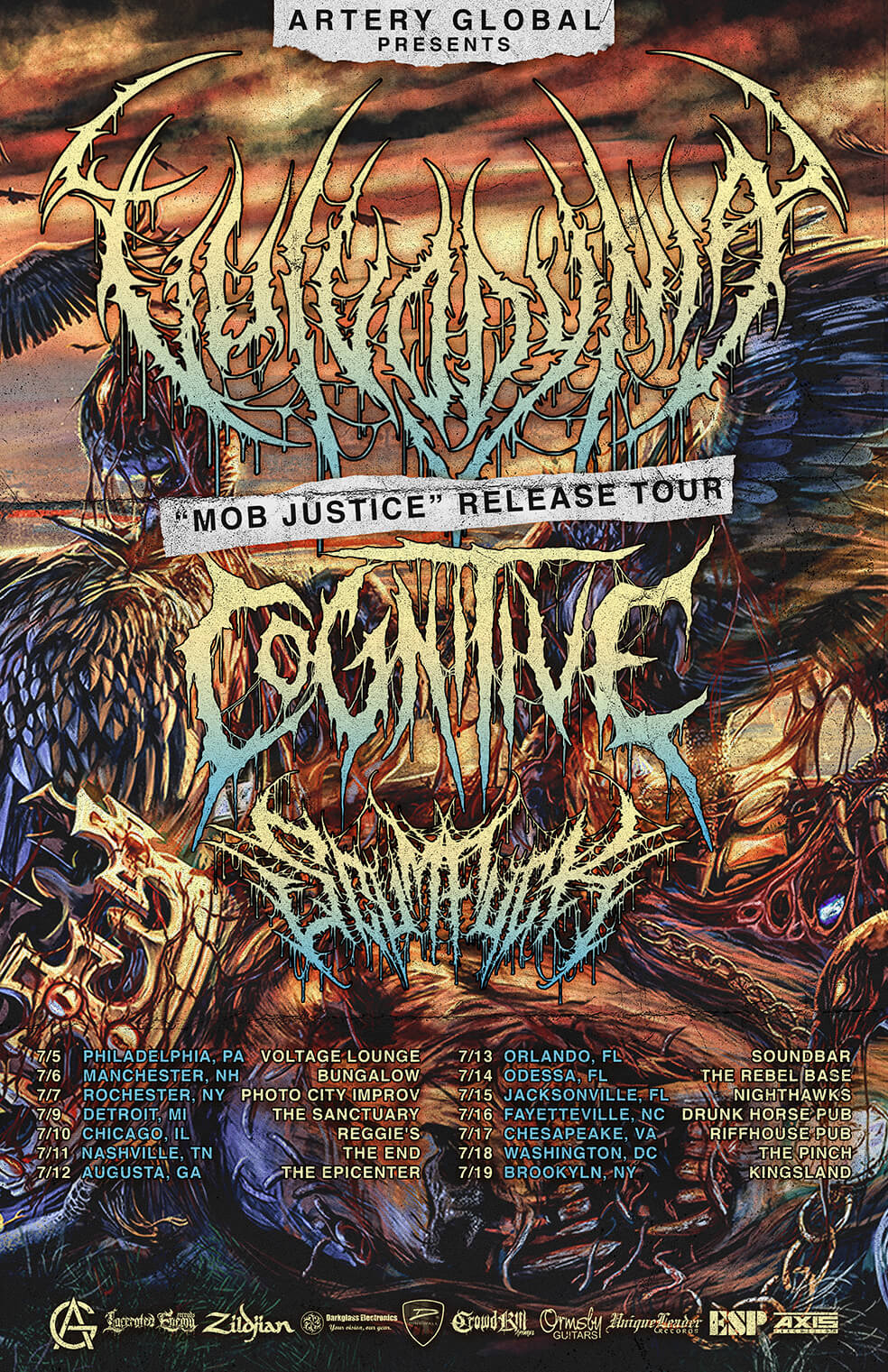