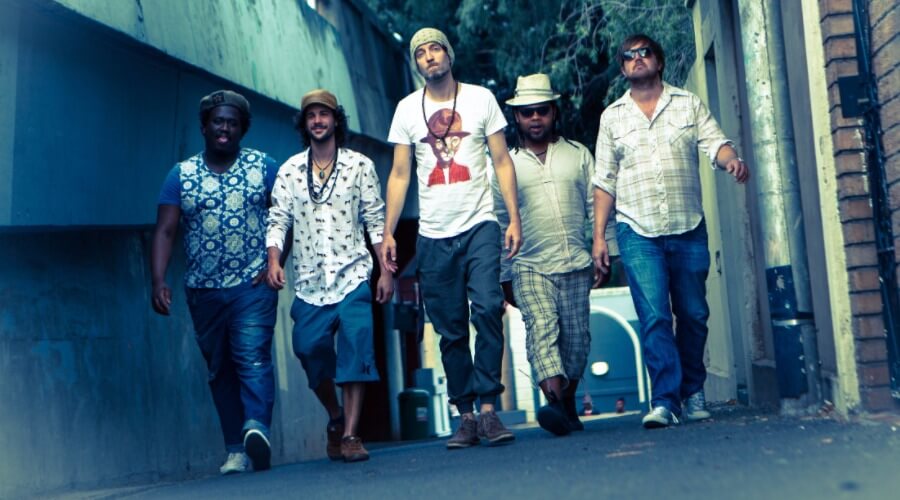 Trenton and Free Radical, set the dance floor alight with the global sound of today’s Africa.

Birch believes there’s a revolution afoot. A tidal wave of changing attitudes; around the way people think about their world, their responsibility towards each other, the planet, and the type of music that’s being churned out.

The band member’s global travels included a long stint for Trenton immersed in London’s hip-hop scene. Before setting off for the UK, Birch was prominent on the local music scene as part of electro-rock band Anti-Gravity which opened South African performances by The Prodigy and Faithless. Birch operates across the culture, having promoted Johnny Clegg live, headed up the African hip-hop website Afrolution and ran the record label Black Mango Music (Goldfish), and is behind breathesunshine.org a foundation raising funds to build schools. Birch and his band mates are stoking awareness, activating listeners. They’re not “radicals” in a purely political sense, but poet’s with something to say, with songs about war, about social justice, and love; and they sing the praises of heroes like Mandela, offering thoughts on making the world a better place.

“Trenton and Free Radical’s Giant Step is pop music the way pioneers like Marley, Dylan and the Clash imagined it… there’s gold in their music.”
Mahala Magazine

Currently Trenton is working on the follow up album which will be released in spring next year. The release will contain songs produced by multi-platinum awarded producer Craigie Dodds and the team Pomez di Loreno & Andre Tholba. The recordings will be done in the UK, Germany and South Africa.