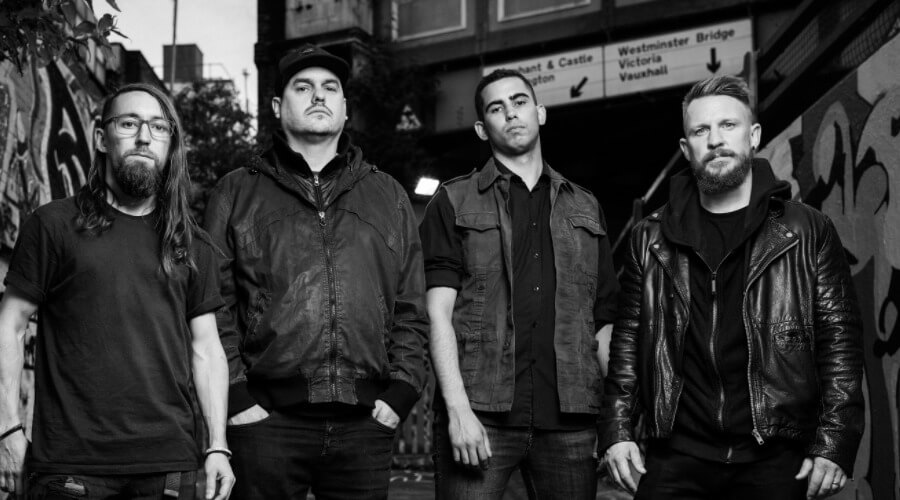 Temples on Mars in association with Plug Music Agency and PureGrainAudio are excited to announce a South African tour for early 2019. The announcement comes hot on the heels of a U.K. headline tour and festival dates at Euroblast in Germany and Progpower in The Netherlands.

“2018 has been a busy year, with the release of our debut album and a busy live schedule. Only fitting to go full steam ahead into 2019 with a tour of half the bands Motherland, the scene is thriving in SA with amazing local bands and a great amount of international touring acts pulling in” comments bassist Daz Carikas. 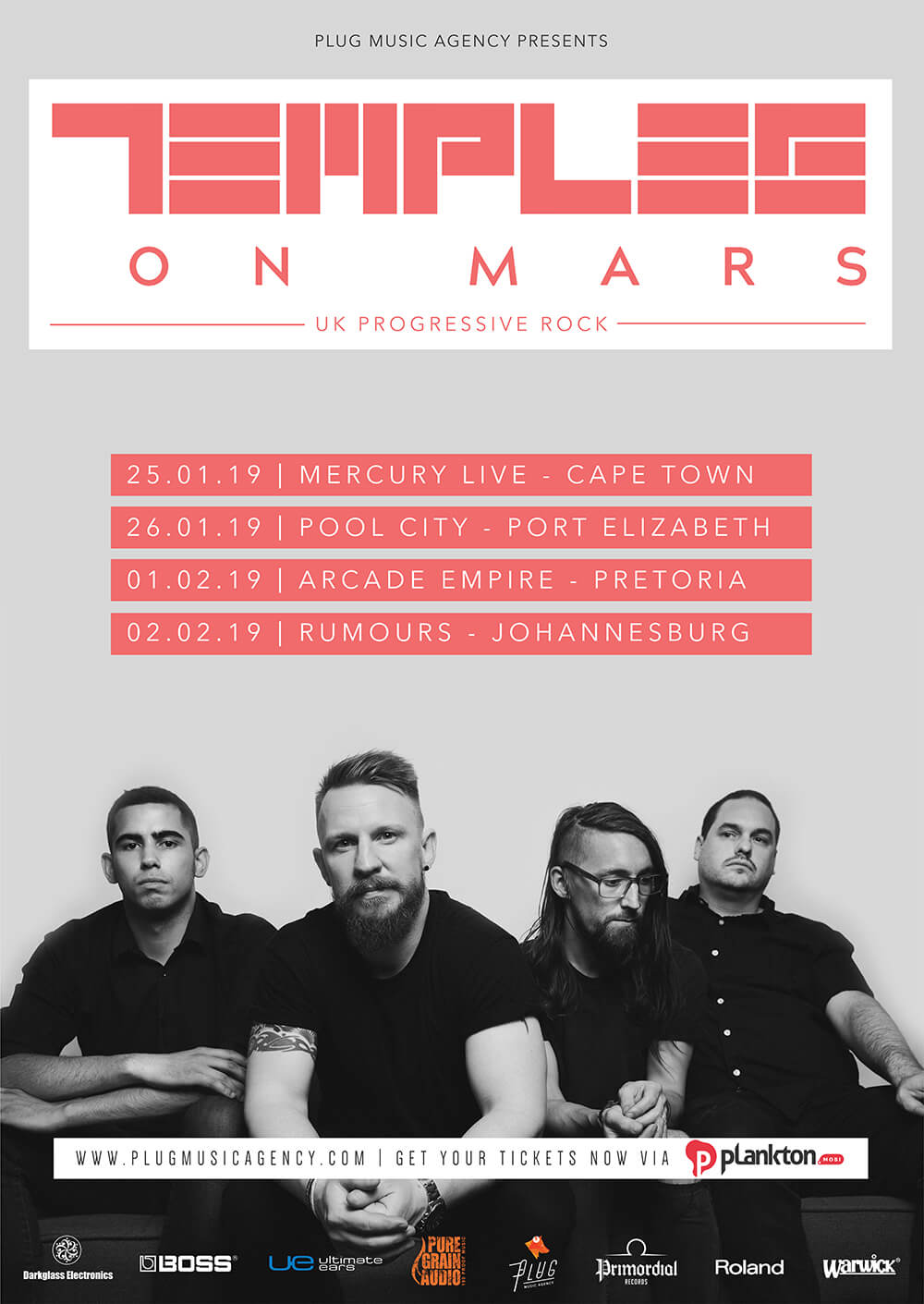 About Temples on Mars

Temples on Mars is a London based progressive rock band. Featuring James Donaldson on vocals, Gerald Gill on guitar, Daz Carikas on bass and Dean Gibb on drums. Temples on Mars produce their own brand of accessible heavy progressive rock music. Formed in 2017 by ex-members of Agent, The Spindle Sect, and Starseed, the band brings together a formidable track record between them having notched up support slots for the likes of Skindred, Devil Sold His Soul, Voyager, Ill Nino, Hed P.E, Enter Shikari, appearances at Download festival, HRH prog, HRH road trip and features with BBC Radio 1, Kerrang, Prog magazine and Metal Hammer.

Founded in 2005 by Chris Gonda and Aaron Willschick, PureGrainAudio spent 12 years developing into Canada’s premiere source for all forms of Rock, Metal, Punk and Hardcore music. After a year of behind-the-scenes work, the website re-launched in early 2017 and expanded into other musical genres plus Pop Culture. Now in its 14th year of operation, PureGrainAudio boasts a global staff of 100+ with Managing Editors in Canada, the US, UK and South Africa.

Founder of Plug Music Agency, Warren Gibson has been involved in the South African music industry for almost 20 years. He played with, as well as promoted numerous and prominent South African bands. Prior, he served as label manager for leading independent record label Just Music, handling international labels Ministry of Sound, TVT, V2, Beggars Group, Vagrant and a host of others. Warren and his dedicated team, Ashley De Beer and Dave Freedman are bringing out their first of many international acts to South African shores.