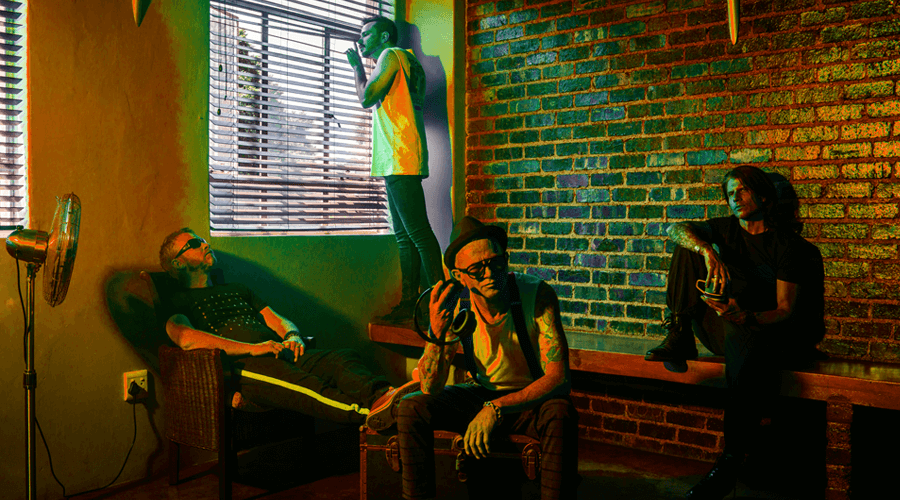 It’s been twenty-five years of non-stop musicmaking and stage-stomping for the WONDERbrothers of Joburg, and there’s no sign of stopping. This gang of four continuously strive to outperform the last version of themselves by always creating, reinventing, and nurturing the chemistry they share on and off stage, acknowledging that the WONDERboom organism is greater than the sum of its parts.

Celebrating their 25th anniversary, the band have personally selected their favourite WONDERboom tracks, creating a compilation of songs aptly titled WONDERboom 25. Spanning from their tender formative years to now, this re-mastered collection includes all the hits you’ve come to love over the years plus brand new single, Prodigal Son.

“The privilege of being in this band, making music with these brothers is all I need to celebrate 25 years of WONDERBOOM and an album full of beautiful music to mark it.” Comments guitarist Martin Schofield

Bassist Wade Williams adds, “WONDERboom 25!!! A chronical of our beautiful lives together. Band, Family, Fans!!  What an awesome occasion to celebrate.

WONDERboom 25 is out today via South Africa’s leading independent label Just Music. In addition to the album, the band are working on an upcoming documentary, capturing their illustrious story named, WONDERboom: 25 To Life, directed by Ivyann Moreira-Schofield.

Look out for the limited-edition black vinyl releasing soon. 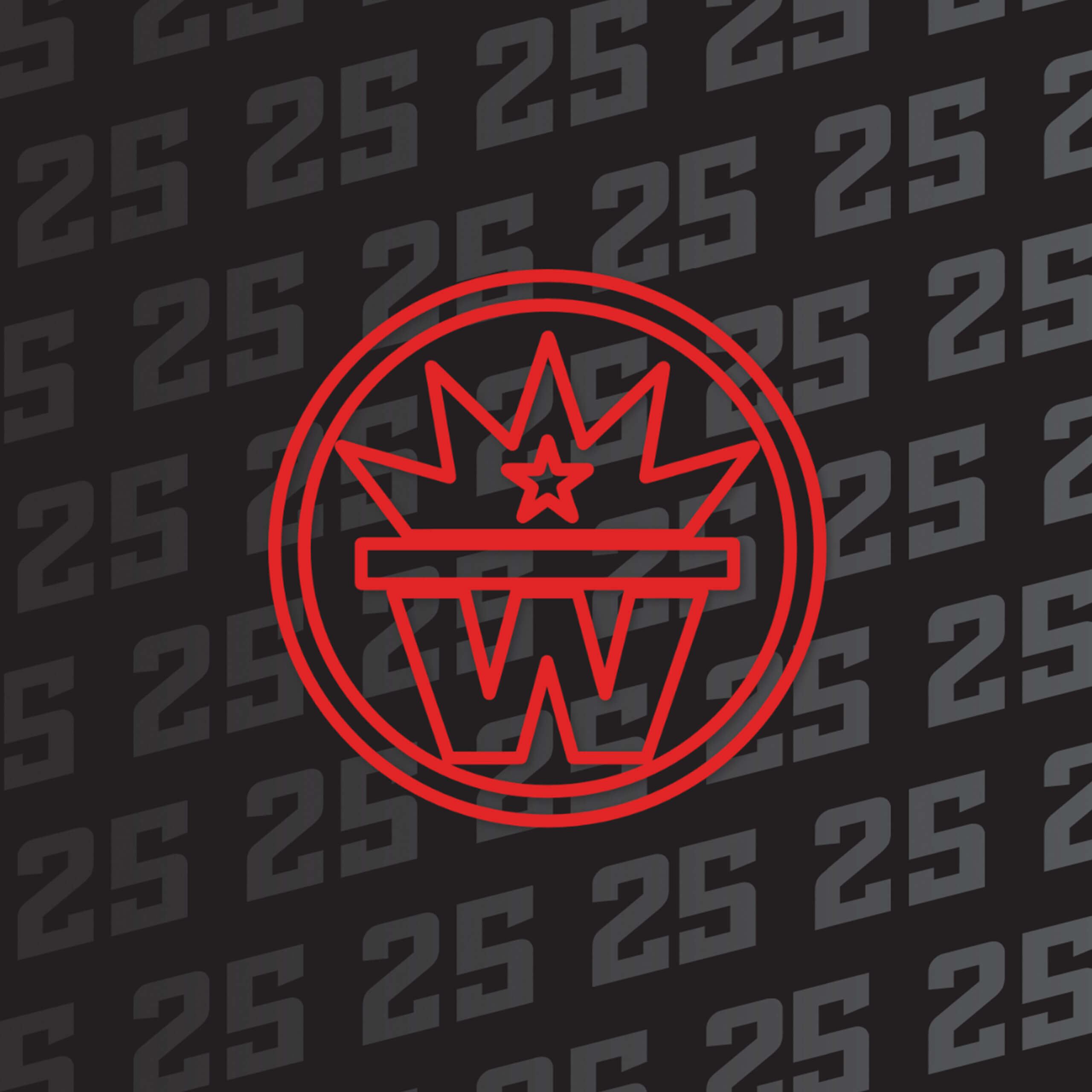 Catch WONDERboom in their natural environment this holiday season for their Ride The Wave Summer Tour.  “WONDERboom 25 celebrates 25 years of service to the South African music industry. We can’t wait to party with each of you real soon.” Exclaims drummer Jonathan Bell. 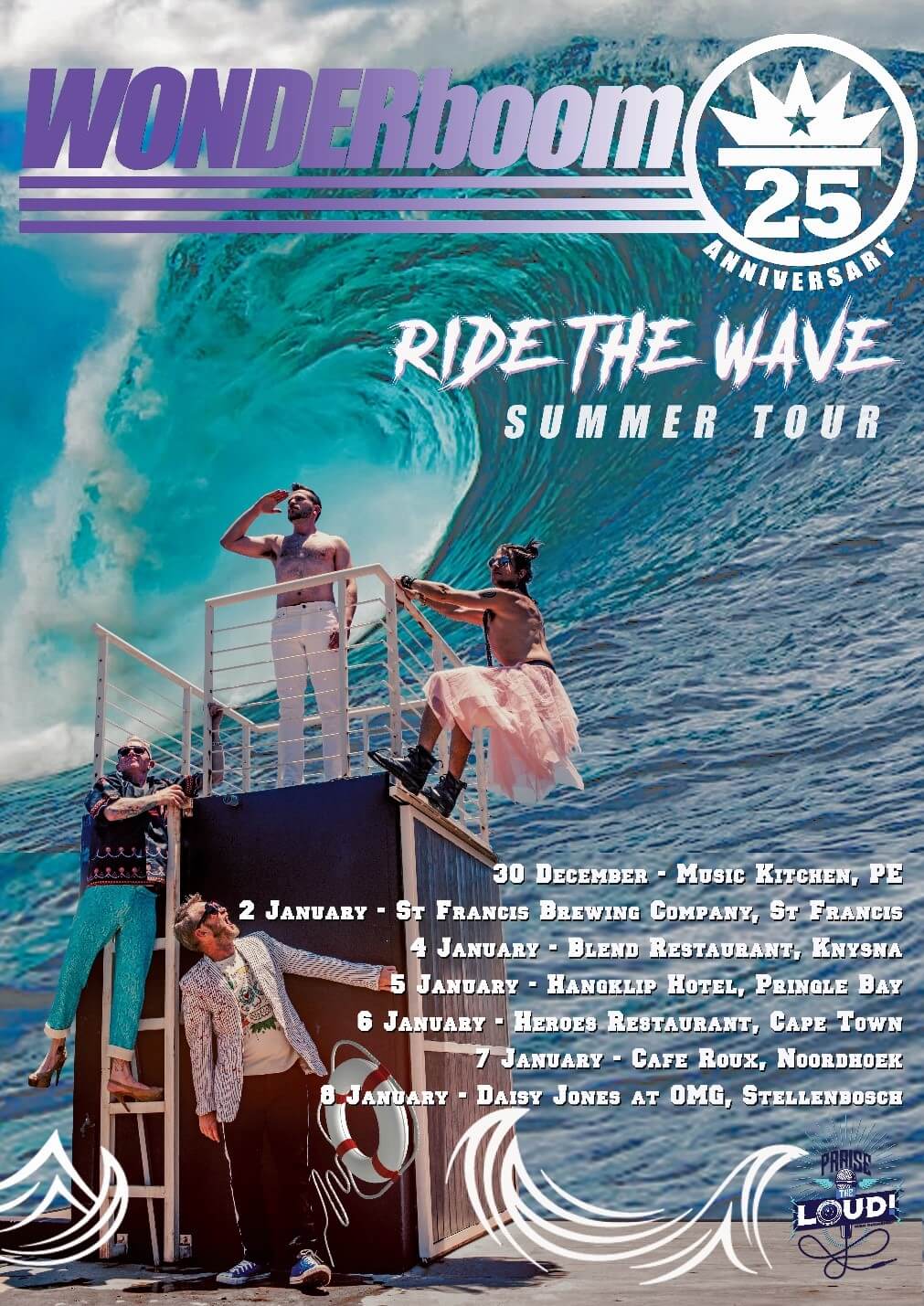 WONDERboom have released 9 albums, headlined many major South African festivals and have been nominated for 5 ‘Best Rock Album’ awards in the South African Music Awards. They also won the South African leg of the 2004 Global Battle of the Bands & came SECOND WORLDWIDE at the finals in the London Astoria!

There can be few South African music fans that aren’t familiar with their hits, like Never Ever, Jafta Rebel, Something Wrong, Green Fever, Africa, Shadows, Charlie, It’s Great to be Alive, Best Side, On The Radio, Karaoke Bar and, more recently on SA stations, Ooh La La, Southern Light, Voodoo Doll and, latest single, Rabbit Hole.

In early December 2017, the band travelled to Chengdu, China to represent South Africa at the Silk Road Indie Music Festival in a music performance competition and WON GOLD!!! They competed against 14 other countries (including UK, China, Japan and Germany) and clenched top prize.