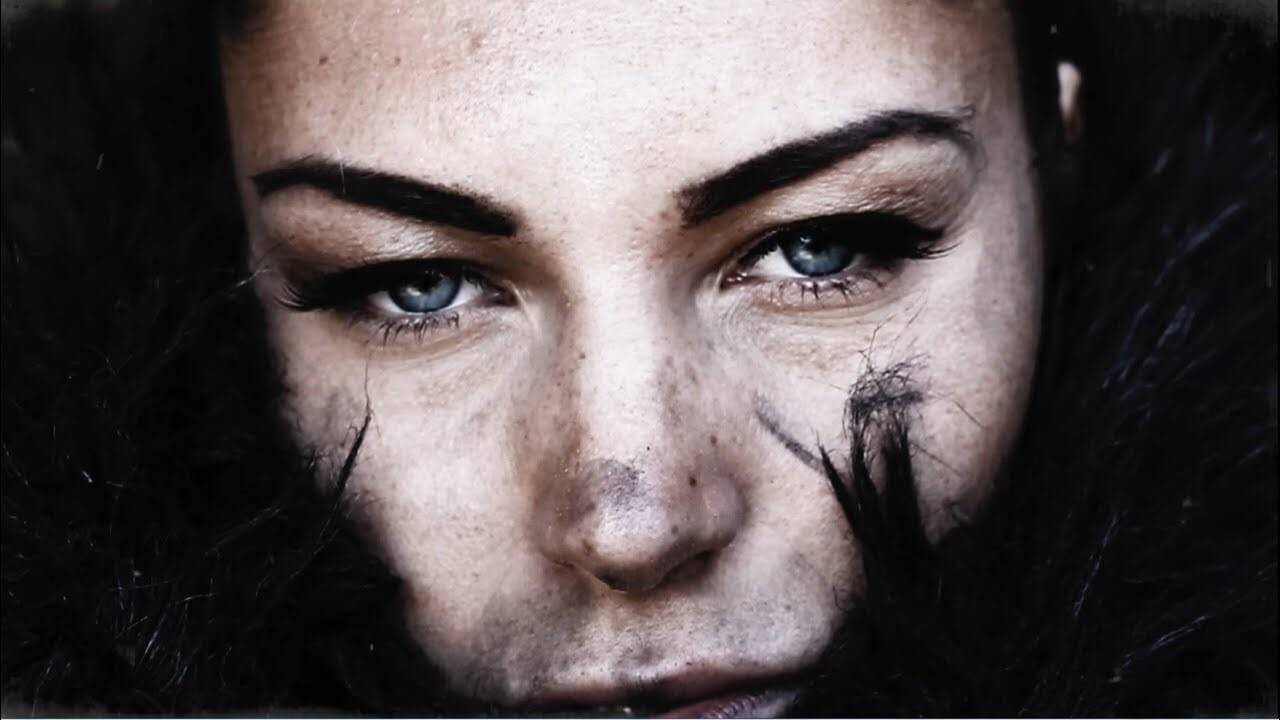 Today sees the release of the video for Praying Mantis the latest single from Johannesburg based rock band WONDERboom, taken from their new album Rising Sun.

Shot on location at Phoenix Studios in Johannesburg and Llundudno beach in Cape Town, the video captures the ethereal feel of the song perfectly. Vocalist Cito comments, “We wanted to write an animated fantasy story, capturing the tragedy of falling for a femme fatale, but also depicting her sadness in the choruses. It’s the realisation that your demise is inevitable and although she has to do it, she still feels devasted taking you out. Usually the black widow is chosen as the cruel woman in the femme fatale type setting, and The Cure’s Lullaby was definitely inspirational in this case, but we chose the praying mantis – the females decapitate their male lovers after mating.”  He goes on to explain why the track is special to him,” For me it’s different and beautifully dark. I love the subtle electro feel and would love to hear it on the dancefloor.”

Director, animator and editor of the video Roger Williams adds, “I wanted to explore ways to visually express the emotions that the song inspires in the listener. Or to find a visual metaphor to interpret the lyrics with. To achieve this, I worked with Tina Rusin, a young, but highly accomplished dancer from Germany. The idea came about to shoot slowed dance sequences of Tina, to try and communicate the mood of the song, and also to give personality to the character she portrays, i.e. the Femme Fatale. In contrast to these sequences of Tina, we wanted to show the band in a melancholic atmosphere where they appear weak and vulnerable. As if they are each caught in the grip of the Praying Mantis. Martin came up with the idea to use different instruments to the band’s usual equipment. A banjo, double bass, accordion and a pair symbols were combined with strange poses by the band members, which added to the oddness of the visuals. From there the story line developed into the fantasy tale that the video tells.”

Rising Sun is available on all digital platforms here 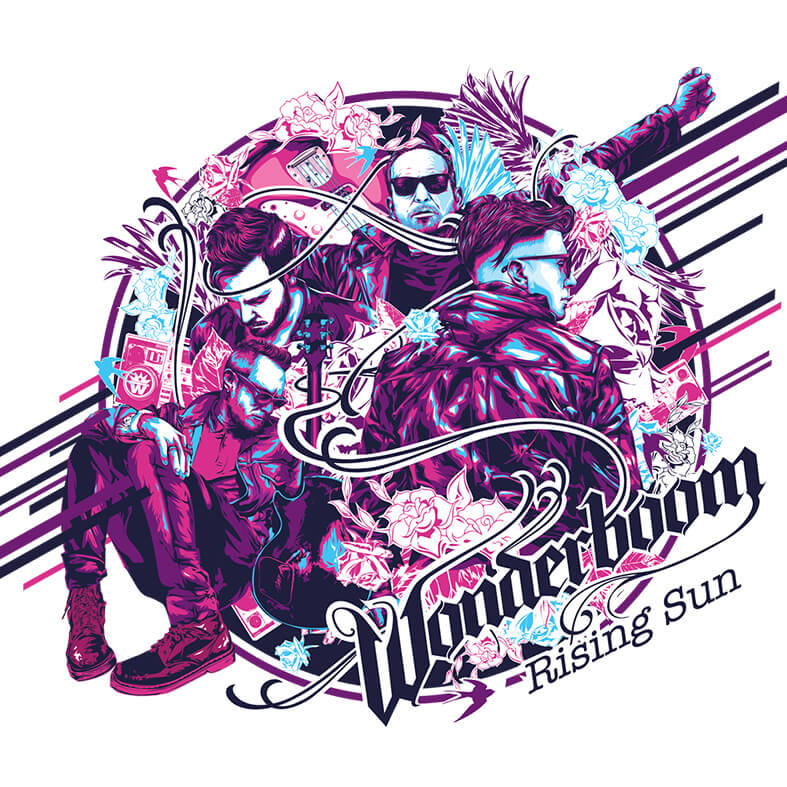 22 years on and WONDERboom are still rocking South Africa! It’s no small feat to be hailed as one of South Africa’s longest-lived and most legendary rock bands, and still going strong. Although rock is the fundamental sound of the band, WONDERboom have delved into different genres, ranging from funk through to punk and even afro-dance. None can deny that WONDERboom’s biggest strength is their live performance. From festivals to nightclubs, the band just kicks ass – consistently! WONDERboom have released 9 albums, headlined many major South African festivals and have been nominated for 5 ‘Best Rock Album’ awards in the South African Music Awards. They also won the South African leg of the 2004 Global Battle of the Bands & came SECOND WORLDWIDE at the finals in the London Astoria! There can be few South African music fans that aren’t familiar with their hits, like Never Ever, Jafta Rebel, Something Wrong, Green Fever, Africa, Shadows, Charlie, It’s Great to be Alive, Best Side, On the Radio, Karaoke Bar and now, currently on 5fm and campus stations, Ooh La La.

Cito, Martin Schofield and Wade Williams, the founding members of WONDERboom, have been writing songs and performing together for over 23 years and show no signs of stopping the rocking rollercoaster! It’s been 7 years and one hell of a rollercoaster ride since the release of their last album, The Automatic Shuffle.

It’s been a cathartic and introspective journey since, but no one, who has seen them live recently, can deny the sheer magical force that WONDERboom is. Rising Sun, their new album, captures this story in a dynamic way.

The title track suggests what they, as a band, feel – a new dawn. A revival of what was once regarded as an electric, live and very stimulating music experience, is here!

In early December 2017, the band travelled to Chengdu, China to represent South Africa at the Silk Road Indie Music Festival in a music performance competition and WON GOLD!!! They competed against 14 other countries (including UK, China, Japan and Germany) and clenched top prize. WONDERboom are due to return to China for a national festival tour over the next year. After its official album launch and successful promotional tour around SA and China at the end of 2017, Rising Sun will be keeping WONDERboom very busy during 2018. 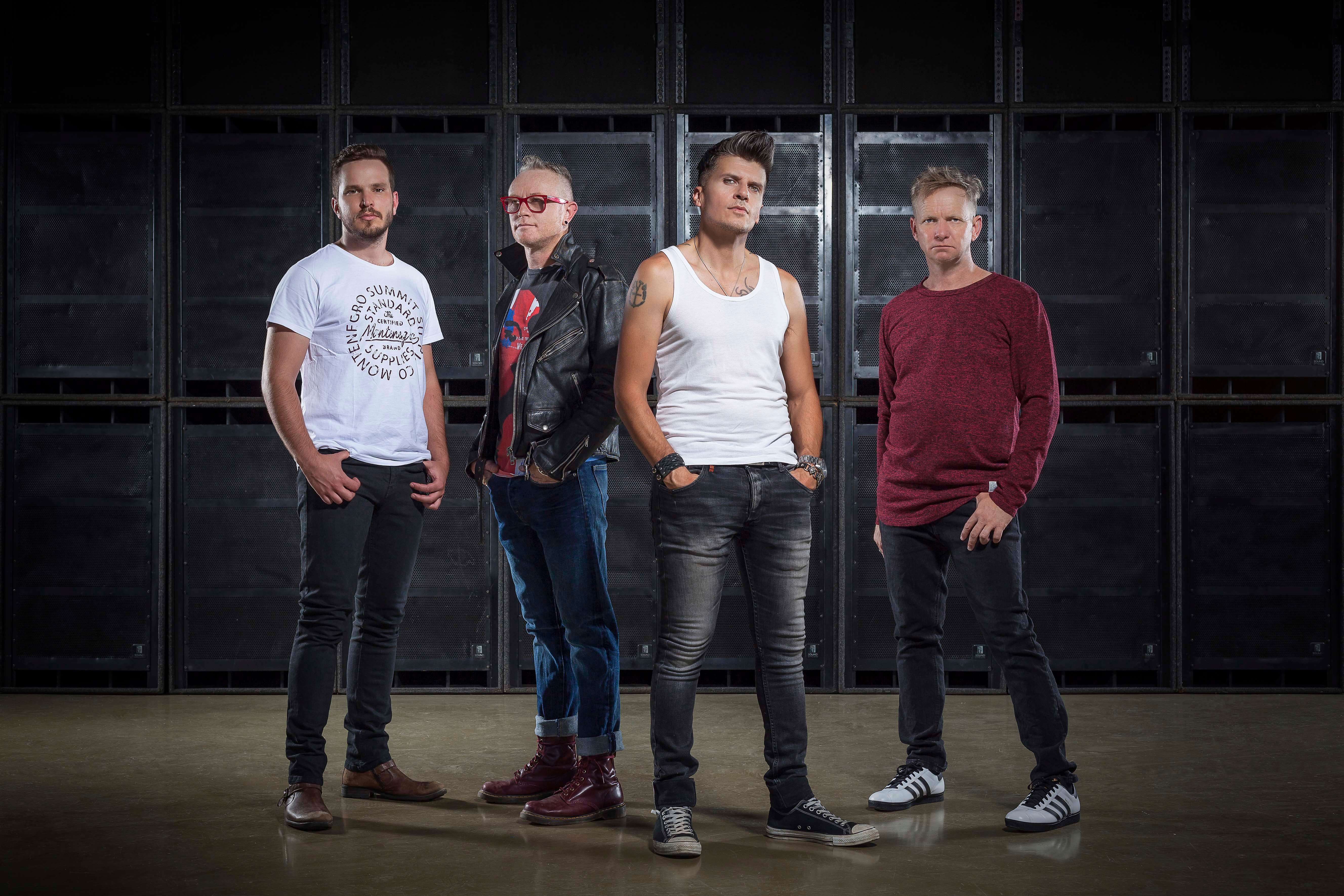